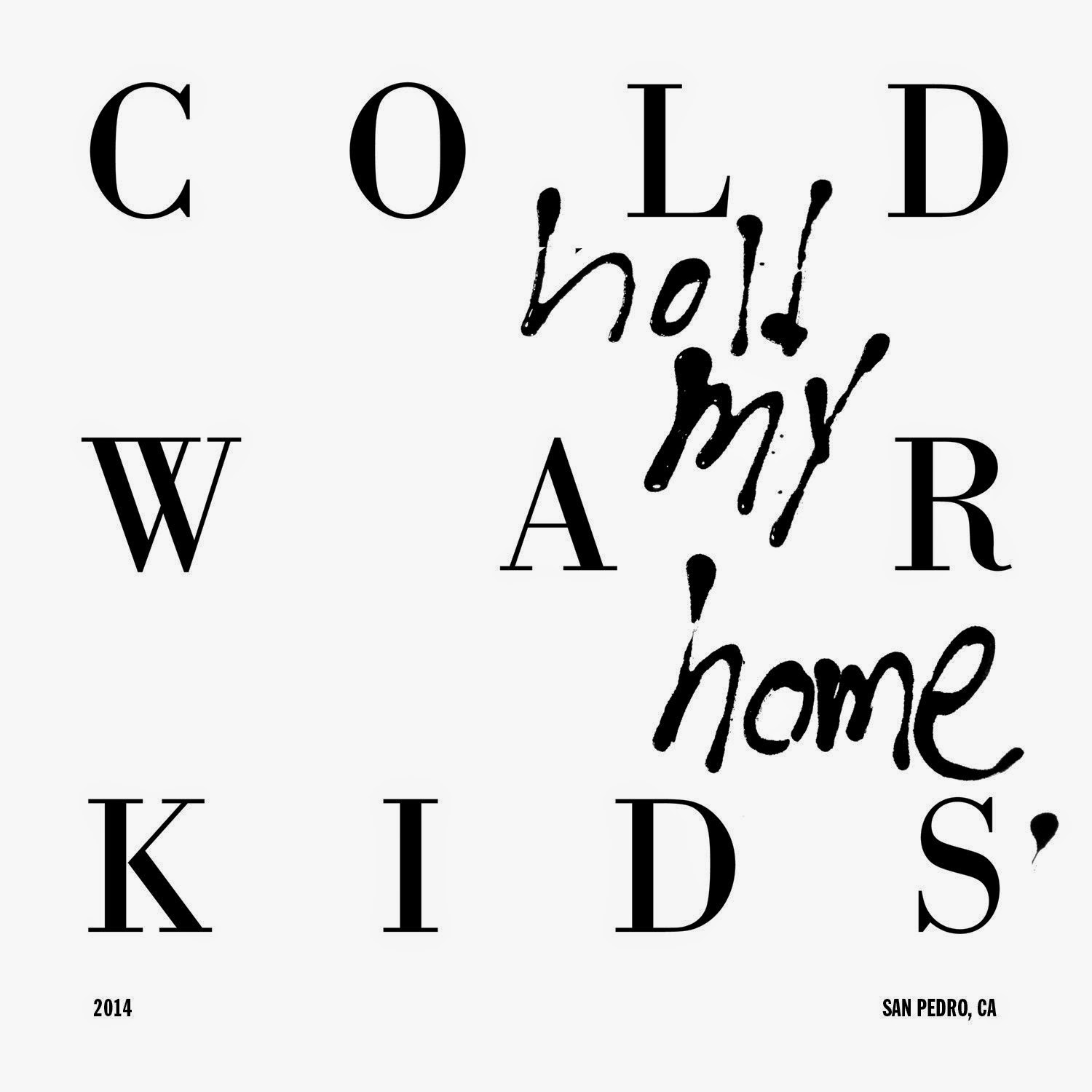 It's 2015 and I'm starting work on my first ever Cold War Kids review. In the 00s one of my ex-colleagues pointed me to the first two albums that were exceptional according to him, not to me. The single that nearly became a hit 2 or 3 years ago, didn't convince me, the album was good enough. Being the kind of perseverance driven person I am, I started listening to Hold My Home anyway. And we have a match, ladies and gentlemen.

The band from Long Beach, California released its fifth album in October last year, only recently it caught my attention. One of the first things I notice on Hold My Home, is the similarity in singing of Nathan Willett and our own Blaudzun. Cold War Kids' music is somewhat lighter in atmosphere, but both bands do fish in the same well of inspiration, that much is clear.

Not being a Cold War Kids connoisseur, although I'm definitely one myself, my impression is that the band is playing louder and more melodic than before and I'm writing this purely from scant memory. I notice that the band has two fairly new members, so perhaps there is an explanation. The music on Hold My Home is powerful, rhythm driven with powerful vocals with forceful drums behind it all. At the same time the songs are not "hits". The melodies are not easy going, the kind that settle in my brain during the first listening, to never release again. I have a hard time telling any songs apart after a few bouts if listening.

Effects isn't something extremely strange to Cold War Kids. The hard pounding drums and the oh-oh part in 'Flower Drum Song' show just this. An easy effect underscoring some drama. Just like 'All This Could Be Yours' is the obvious single for this album. I'm not complaining here by the way. A band has to do its utmost to make a song work. That can be with a minimum of effort and a strong vocal melody as in 'Harold Bloom'. There's basically an organ and a voice and some mild percussion. That's all and it's enough. 'All This Could Be Yours' needs some extras to make it shine and shine it does.

Of course there is a big but. Nathan Willett sings like the sky is going to fall on him any moment. This feature is something the listener has to go through before he or she can enjoy the band. Somehow I have the impression that Willett understands in 2015 that when the sky comes down we'll all be wearing a blue hat. O.k. provided it's day and a clear one at that. (Admittedly this is not an original thought, but I can't remember where I read it.) If you can't stand the wail, you better stay out of the room when Hold My Home is played.

There are roughly two sort of songs on Hold My Home. The rockers and the indie ballads at the end. My preference tends to the balladry I notice. 'Hear My Baby Call' is such a slow song, with more instrumentation. Again Cold War Kids get to me more easily than in the harder songs. Too Simple Minds like, is a thought that pops up. I can't answer that yet, but it could be an explanation.

The ballads are more intense. Yes, they should be, you may answer, but they compare in a positive way to the rockers on this particular album. They are melodically stronger and make a better impression. Together they lift Hold My Home beyond the average albums into he realm of the better ones. Not the best, but I'm counting on Cold War Kids to get there hearing what I'm hearing here.

You can listen to 'All This Could Be Yours' here: