From the Basement. The Dirty Aces 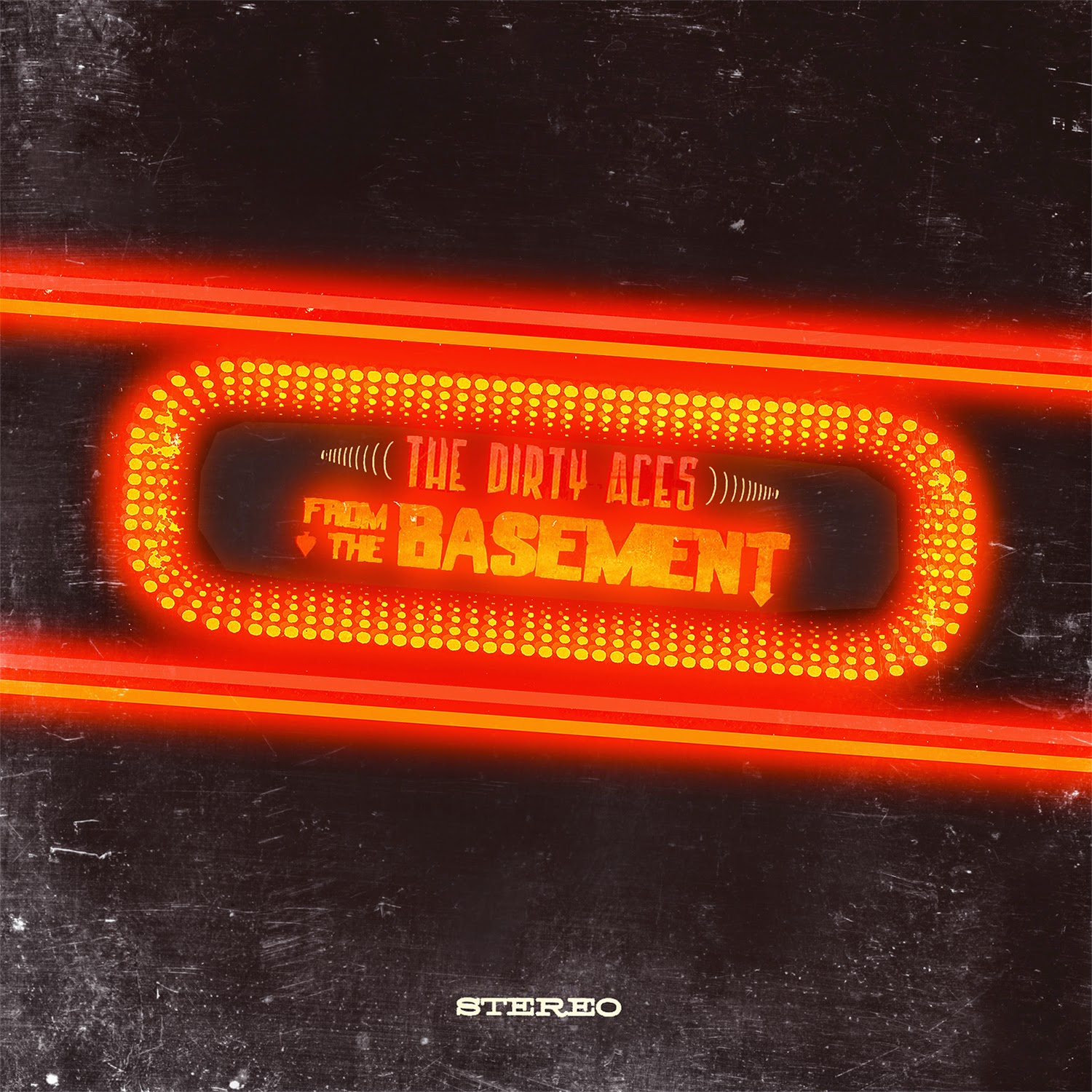 As dirty as the band's name suggests, as dirty the sound of this garage rocking blues rock outfit is. The harmonica is distorted and dark, guitars are honking. I'm brought back instantly to 1993 when 'King Kong' by The Red Devils was the best blues rock album ever. Unfortunately that fun didn't last too long. In 2015 The Dirty Aces pick up the gloves that lie discarded in the corner for nearly a quarter of a century.

This type of blues rock is not something I want to hear every day, but hearing it in the right dosage makes me smile from ear to ear without uncomfortable and painful assistance from third parties. The Dirty Aces sound mean, dirty and dangerous, but you know it's all show and that they are extremely polite to their respective mothers.

The Dirty Aces is a band from the U.K. Not the place one would expect. My best guess would have been a sand and heat covered Texas town just outside Austin. Singer/harmonica player Glenn Robson, guitarist Filip Kozlowski, Tommy Hull on bass and Simon Small on drums together cook up something they describe as: "a shot of adrenaline". That's not exactly beside the point. From the Basement rocks so loud that all must be well in the realm. Hooks, riffs and melodies fly around like there's no tomorrow. Despite that this music is being played now in some form or other since the mid 50s, The Dirty Aces manages to lend the genre some new songs that are very much worth while listening to.

Where to start with comparisons? In their own bio The Ramones are hinted at, The Strypes, but my guess remains with things U.S. Stevie Ray Vaughan (is 'Pride & joy' mentioned coincidentally?) comes to mind, The Flying Thunderbirds and the already mentioned The Red Devils. The Dirty Aces win on the account that mentioned acts were virtuosos on their instruments, but the originals The Dirty Aces comes up with are simply better. Almost everyone can play an interesting cover version, real quality comes with originals, or not.

Robson and Kozlowski have penned several interesting songs with interesting twists that keep me listening and nodding my head up and down the whole of the way. The guitar is just dirty enough without overdoing it. The singing is rough and the harmonica flashes things out in a great way. Underneath Small and Hull are good and tight, allowing the other two to go off in the right directions.

Just when I think I've just about written all there's to write, I notice the 60s garage rock influences. The excitement a band like The Outsiders caught on record is found on From the Basement also. The Dirty Aces have that over a band like The Black Marble Selection, who aim for a perfect copy of a time long gone, while The Dirty Aces add everything that happened along the way and incorporate into its own personal party. A party we are all allowed to join.

Nothing new, nothing special From the Basement is but oh so much fun. A barrel of gunpowder lit from several sides at the same time. One big bang. Enjoy it while you can. That leaves just one question: How exciting is the band live?

You can listen to 'Ain't no forgetting' here: