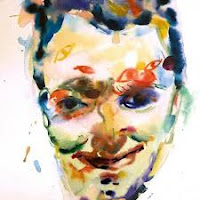 More singles reach us than we can ever manage to review. What's new for a blog? Below we have made a selection on the basis of first come, first serve, with one caveat. If we really don't like it, we don't write. Why should we? An artist recorded a song with everything he or she has. After that it's a matter of taste. Click on the link below if you like to follow the sequence while reading. Once again we present a very diverse set of music.

Used To Think is a single from Casper Clausen's, also from Efterklang, upcoming album 'Better Way', to be released early in January. The song is an extremely erratic affair. Electronic sounds pulsate into my ears. Used To Think has traces of e.g. 'Pretty Paracetamol', one of Fischer-Z's first singles. The whole time I'm waiting for the song to start, until I notice that the electronics is not the intro to a traditional song. Except for some electronically altered words, this song is instrumental.

That is until the mood changes fully. The heavy electronics subside to make place for a more bare musical landscape. This may last circa another minute, but by then I'm not surprised Casper Clausen starts singing. No it does fit the music better. The melody does underscore the rigidity of the opening sequence. Except for some weird electronic sounds, there is not much room for frivolity or an exuberant chorus, making Used To Think more experience than joy to listen to, the full 8.39 minutes long. 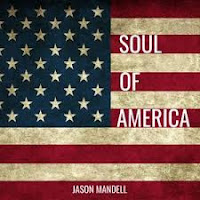 Jason Mandell takes his listeners on a roadtrip through the United States of America in search of its soul. Does the "ai, ai, ai" Mandell sings in between indicate that he hasn't found the soul or got scared of what he found? Soul of America is a song slowly built to a climax, getting busier and louder. Totally traditional in the way it is constructed as many singer-songwriter has done before. All verses with a variation on the line "searching for the soul of America" as the last line, so no traditional chorus. The ending is an indication that he wound up his search in the baptist south as the song has a distinct gospel ending. Soul Of America is nothing special as such, the story it tells and the way it is slowly built up makes it a gratifying experience to listen to. I leave it you to discern whether Mandell found the soul. The baptist church reference would be a too easy explanation I'm afraid. 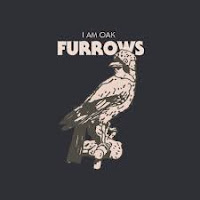 Furrows. I Am Oak

I Am Oak has found a place on this blog many times. A new album is announced, 'Odd Seeds', on which Thijs Kuijken re-interprets songs from his career up to now. As we are all bound to our homes, mostly, we find things to do. Some artists write new music to release, others work on their older work and play around with it. In Furrows I Am Oak is scraped bare to the bone. Kuijken's electric piano and voice is heard enveloped by a whole host of atmosphere that comes with the recording. What it shows is that the song holds on to its power. The result is an almost sacred experience. Furrows is a church song for the non-religious (and a beautiful one for the religious). In his semi-quarantine this spring Kuijken managed to create something so soothing and full of atmosphere that it becomes balm for the soul in our second (semi-)lockdown. 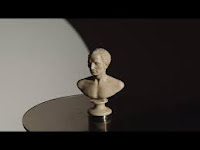 Mute City in a way is good for its title. This is a song that leaves away more than it could ever have added to the song. Three guitarist play intricate notes with at best parts of chords. Each one sounding clearer than the other. The percussion is a cymbal and a floor tom. One voice, slightly distorted, sings the vocal melody. Of course all this is far from mute but a far cry from traditional alternative rock, where Price, all told, will find its place under. The Groningen based band sets itself apart from many others in Mute City at least. I can't judge yet on the upcoming album 'Timesaver', to be released later this month. Mute City intrigues but I also find myself longing for a release, that does not come. That leaves the question about listening with joy to a whole Price album wide open. 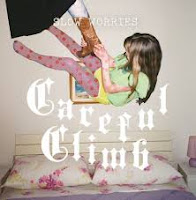 When We Go Out. Slow Worries

This month Subroutine Records exist for 15 years and we celebrate this fact with a congratulations in the form of reviewing two new singles in one go. Slow Worries' When We Go Out is another energetic alternative rock song released by the label. One of the kind filled with positive energy and bluster. The members all play or have played in other bands, Apneu, Bombay and Blue Crime and finally found the time to record its first length album, 'Careful Climb', as Slow Worries. Also to be released on 27 November. A busy day for alternative music loving The Netherlands and beyond. Listening to When We Go Out this release will be something to be looking out for. The song ties a few qualities together that make listening to this music so enjoyable. A great melody, little edges in the music that surprise, up tempo, inviting to dance to and supplier of energy. What more could I wish for in the slowly darkening days of November? Not much, but attending a live show of Slow Worries without covid-19 hassles would be one. Why? Because I promise you there's a lot more coming from where When We Go Out is coming from.

Does releasing singles make sense for a band like Mogwai, specialising in instrumental rock songs? A good question but not if the goal is to score huge hits. As announcements to what is to come later, it will definitely do. Let me first focus on the artwork of Dry Fantasy. This is a piece of art worthy of being in a museum for modern art. The crocodile skull / head floats beautifully against the backdrop of a cave entrance and all the colour blodges on and surrounding it. The music just floats and floats around a central theme. It isn't minimal music but certainly comes close, as only slowly but surely more notes are added, while the rest of the band rises to more prominence slowly as well. Beautiful Dry Fantasy is but worthwhile to listen to often? Knowing my love for singing, my inclination is to answer no, but who knows. Beauty is beauty after all. 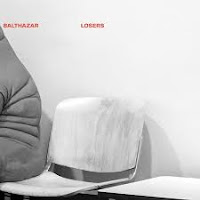 With Baltazar's members releasing solo projects all over the place in recent years, it is always a questions whether the members return to the mothership (as motivated as they once were). Except for one album Balthazar has passed me by mostly. So to place Losers really in perspective of the whole, is something I can't do. What I can do is share what I hear. And that is a band restraining itself. It presents the mellowest kind of disco possible, where the harmonies are not afraid to do a Bee Gees or Foxy. Voices race to the highest spheres. It is the music that restrains itself. "We are losers on the verge of song" reflects this line. Losers is not a happy song nor energetic. It misses the eclecticism of e.g. A Brand, while fishing in the same pond. It is the contrast between the downcast lead singing and the resonating high voices that give Losers its interesting edge. 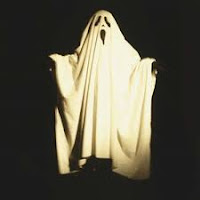 I Put A Spell On You. The Kills

It has been quiet around The Kills for quite some time. Singer Alison Mosshart was found all other place but not in The Kills. That 2020 sees a release of covers and b-sides and other oddities left behind could be the start towards new activity but also spelling the end. Time will tell. I Put A Spell On You has been a hit several times. Screaming Jay Hawkins' hit from 1956 found its final version when Creedence Clearwater Revival turned it inside out on its first LP from 1968, to become a hit after the band split in 1972. In The Netherlands even its biggest hit ever. The Kills stick to the original far more but puts the song through the loud blender it uses to construct its own songs as well. Guitarist Jamie Hince puts his own to the song, mining for the weirdest kind of sounds to come out of his guitar and stomp boxes. All sort of stuff pops up aside of the staccato rhythm. The rawness of the singing gives the song a fitting final  touch. It fits Alison Mossheart like a glove. I Put A Spell On You has become her song too.

A serious song by a serious singer about an extremely serious topic. Leaving is about leaving for the last time. A song that is all about the lyrics, the music and melody are all subservient to the story that needs to be told. A woman's extremely personal story, whose hands are shaking trying to be invisible, a woman who can finally escape her man, now that her children are grown. The kind of story the whole world tries to avoid from hearing. The reality that can live behind any front door, the door where private lives take place. Brigid O'Neill has this story to tell and tells it with serenity and dignity. A song so serious it could become hard to listen to, had it not been made with so much obvious love for the music, no matter how subservient to the story. 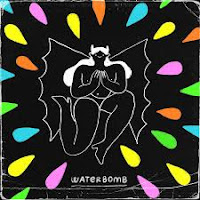 Marta Arpini is a totally new name to me and so is her song Waterbomb of course. What the song did, was bring me back circa 40 years and listening to songs by Mo, Kewi University of Swing and Fay Lovski for the first time. The kind of light synthpop songs with an alternative twist. Marta Arpini manages to have that same light touch in this song. The touch between seriousness and fun. The second touch to the song is like a magic wand spraying stardust over it all. A dreamy quality lifting the song up and up. The third touch is about capturing the phase between growing up and having become grown up in a perfect way. I find myself being totally captured by Waterbomb. A song to dream away with and to absorb fully. "Is there really something I don't know about you?". Undoubtedly, but who cares when a song is so good?