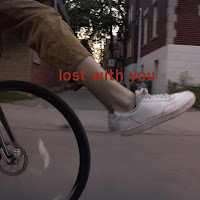 Like we wrote a few days ago, the singles keep coming in in droves. To make sure we keep up at least a little here's another bunch. From the extremely melancholy, to country tinged and synth pop, to psyched up rock and roll. It's all there for you. Click on the link below and let's go:

Lost With You. Patrick Watson

Also Patrick Watson started writing new songs after his European tour was stopped last March. Like so many other artists stopped in their tracks due to a pandemic, he found himself in lockdown at home. With Lost With You he returns to his most dreamy side. The Unbearable Lightness Of Being, that beautiful movie, springs to mind listening to Lost with You. The title is surprising. I had typed "Lost Without You" without thinking. It turns out to be the opposite. The song is a piano song with atmospherics behind it. The atmosphere spells dreams and loss all in one. The combination Watson excels in. At his best it is a combination I can listen to all day. Like I can with Lost With You, as Patrick Watson excels here alright. It took me several spins before his last album 'Wave' agreed with me. (I had bought the LP anyway.) From the moment it did, there was no holding back. Lost With You only took one listening session. It is a great, beautiful song. There are simply no other words for it. 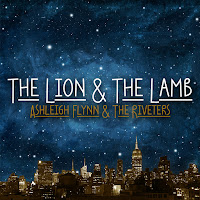 The Lion & The Lamb. Ashleigh Flynn and the Riveters

The Lion & The Lamb starts like a The Rolling Stones song from 'Tattoo You' and then turns into a soul song from the 60s with a modern sound. Ashleigh Flynn sings slow with a fairly deep voice with only warm instruments around her. The organ draws the ear immediately, so it is surprising the solo is filled by two guitars outdoing each other. They drop away immediately to be replaced by a piano in the next verse. A harmonica weaves itself into the music here and there. No, there's nothing original about The Lion & The Lamb as you can read, but warm and nice it is. 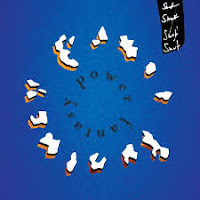 Chicago by way of Cincinnati band Smut signed with Bayonet Records and releases a new maxi single called 'Power Fantasy' next week. Fan Age is the first song on the single sent out before the troops to herald its coming. The song is the kind of oh so pleasant alternative rock song. Female fronted the band sports the light sounding vocals over the loud guitars and rhythm section. Creating light and dark in one way. By also creating strong dynamics in the song, so there's even more light and dark. The innocence the singer can lay into her voice, contrast with the distorted guitars further on in the song. The light becomes super bright and the dark really dark. The result is a great song. Fan Age makes me so curious to hear more. One week to go today. 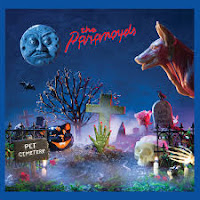 Halloween songs? Movies, yes, but songs, no. This genre is totally new to me. Not so strange as Halloween is a feast that has no tradition in The Netherlands. Only the last few years people are starting to put hollowed out pumpkins in their front gardens. With Saint Maarten on 11 November trick-or-treating twice in two weeks is not really an options for kids as well.

The Paranoyds go deep, deep psych on Pet Cemetery, the lead single of the double a side. The pounding rhythm is adorned with a warm organ and heavily phased and distorted guitars, while the female singer keeps asking to be buried, alive I suppose. If ZZ en de Maskers had these tools available when recording their big hit 'Dracula' in the mid 60s it would have sounding more like Pet Cemetery than 'Dracula' sounds like now. Perhaps with one caveat: 'Dracula' was a bit of a joke, standing out like a sore thumb in the rest of the band's repertoire. Pet Cemetery is meant as a joke as well of course. It deserves to be an alternative novelty hit for sure.

I only know two The Paranoyds songs. 'Hotel Celebrity' is the second one. This song is far less psych and more alternative rock with a mild punky edge. "Oh", yeah, there we are" I hear before the music starts, as if the band finds itself totally by surprise in a recording studio in a totally bored mood. What happens next totally belies the bored talking. 'Hotel Celebrities' is a song so much alive. A bouncing rhythm, an old Farfisa organ, singers that can hardly contain themselves and bounce in and out of the lyrics, hurtling over each other as it were. And then there's that heavenly chorus. 'Hotel Celebrities' is a song of great fun. If this is The Paranoyds' standard of making music, please heap more on me, and soon! 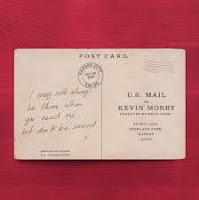 U.S. Mail is a song that has an old-fashioned sounding rhythm machine, a keyboard and a mail, ehh, male voice. My first thought is that it is heavenly influenced by John Lennon, solo, in his most bare songs like 'Working Man's Hero' or 'Jealous Guy'. Morby has an enormous pleasant voice to listen to I notice. I don't mind listening to the story about the wished-for letter in the U.S. Mail unfold, with some surprising twists at that. The music doesn't take a role of its own for a moment, until the end when the warm carpet the synth rolls out does become more prominent. (While writing someone in a back garden is using an electric saw or something like it, providing U.S. Mail with a spontaneous and unwitting The Jesus & Mary Chain mix.) Concluding, yes, this song is interesting, but a whole album like this may be a bit much. 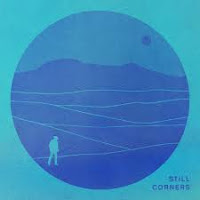 Crying is the kind of dreamy song that takes its listeners off to far away places. The mix of electronic sounds in combination with a slow piano and a fiercely strummed acoustic guitar makes the kind of hybrid song that can make it appealing to many different music fans. 80s synthpop music fans can find their way here, because elements of OMD are abundant, dreampop, slow pop and singing in a French sigh girl style, it's all caught within Crying. While the singer is trying to forget a past lover, the band around her provides her with that melancholy mood that comes with sadness. The song catches that sore feeling of being hurt for the first time by a lover that has gone away or wronged, but also has a serene innocence within it, of hope that things will turn out alright anyway any moment. Bittersweet Crying is. 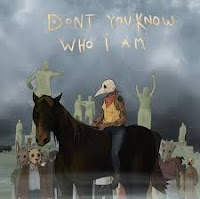 Don't You Know Who I Am. Reb Fountain

And back to New Zealand, where Flying Nun Records and shop keeps alerting me to music being released there. Reb Fountain is another new name for me that popped up on the label's news letter. There's only one word for the experience of my introduction to Reb Fountain's single Don't You Know Who I Am: sensational. This is a song that is all song, no embellishments just song. Reb Fountain's voice that slowly sneaks into my brain, like Aldous Harding did with her latest album last year. Conquering me slowly but surely. Don't You Know Who I Am is song so elementary. Except for a few repeated notes on an electric guitar, there's nothing extra. It is all about the seductive voice of Reb Fountain, that makes an immense impression on me. Her self-titled album has already been released in July. If it's as good as this single, I know what my next purchase is going to be. 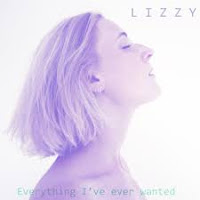 Everything I've Ever Wanted. Lizzy

Lizzy's singles have come by regularly over the past year. With Everything I've Ever Wanted she explores another side of her talent. The modern pop style has been left behind for a serious ballad. The mood is dark, the surroundings to her voice electronic. Harmonies that envelop her voice like shrouds hiding a ghost or three. In a way Everything I've Ever Wanted is an exercise in restraint, as it is so easy to imagine the song exploding in a jubilant way. It does not and that is what gives it the mysteriousness and the obvious inner strength it has. Lizzy's song remains interesting for the whole ride. It doesn't need production tricks to convince. It does that all by the strength of the composition itself. With this single Lizzy has shown an extremely interesting, new side to her career, making it more interesting to follow by the single. 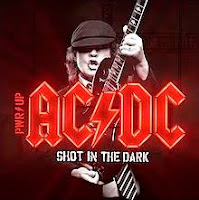 Shot In The Dark. AC/DC

Shot In The Dark starts like a The Rolling Stones single from 40 years ago. The 'Start Me Up' kind of rocker that has become the blueprint of that band's rock songs for decades to come. Shot In The Dark is nothing really special, but so much fun to listen to. It rocks and has that groove. Brian Johnson 's tarred over voice does exactly what it should here, without over doing it. Subtle, yet omnipresent. Yes, subtle, because the band does not have to exert itself to get the groove going. You can hear that in the solo as well. No flashy stuff, just good and decent playing. Angus Young only has to do what he's good at, playing lead guitar, nothing else. The result is a song I like to listen to, which is not a natural conclusion between me and AC/DC. AC/DC after years of silence returns with a good and decent rock song, celebrating life, after losing founding member Malcolm Young. 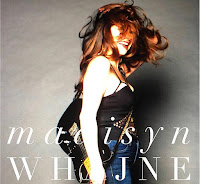 Madisyn Whajne has a special story to tell, about the misplaced (moral) superiority of white immigrants, often fuelled by religious superiority, over indigenous people. She was taken from her parents to be raised somewhere else. Of course there's no possibly objective, measurable telling whether the Canadian singer-songwriter was better off, because the beginning of her story is cruel beyond measurement, no matter how noble the intention were. Her parents were never given the possibility to do things right.

Fact is, Madisyn Whajne is about to release her first album 'Save Our Hearts' and the single 'Sweet Talk' runs ahead to announce its coming. It is a song sung by a woman with a light voice, gliding over the indie pop song. Light guitars play the rhythm over drums playing the skins and not cymbals, providing the open sound of the whole song. The innocent of girl pop of the 80s and 90s like The Go-Go's and The Bangles is there in Sweet Talk with traces all the way to today with indie pop female fronted bands of the past two decades. As such Madisyn Whajne fits in nicely in a nice tradition with a pleasant song that does not rock the boat in any major way.

As I wrote, there's no telling what would have happened had the world been different. There is solace in the thought that with Sweet Talk she has put her mark on music.