It's time for another Kairos review as within a few days February 2020 will be online. Our Wo. is still only in November 2019. How does his brain respond to music .No presents in Kairos on this Sunday evening somewhere in this extremely soft winter of 2020?

The familiar intro sounds are followed by an album track from the album 'Borka Balogh' from the Dutch - Hungarian artist with the same name. 'Kill' is a fairytale kind of song with an appropriate title for a fairytale kind of song. Fairytales often are about kill or being killed. The music reminds me of the early Earth & Fire at the time of hits like 'Invitation' and 'Storm And Thunder' from 1971, without ever making that point the Dutch sympo rock band of old often did make. The rising line in the intensity of the song does work towards a climax that is not reached. Beauty though is what is presented.

It is all rudely interrupted by scratches and sounds of rusty, small windmills and perhaps bird song. Harrold Roeland returns with the sounds of 'Five Landscapes for 24 Speakers'. Background sounds, that with some imagination could be described as music, are interspersed with another kind of sounds. There are many levels to what is going on. The image popping up in my brain is one of a dada collage. Somewhere in the cut ups there are familiar images that have lost their original form and meaning. Just like such a collage 'Five Landscapes ...' has a kind of fascination that is not explained by logic. It either works for me or not.

Through the bells a guitar with a load of sustain pops up. A song appears and a darkish female voice. Sumie returns as well with 'Fortune' from her 'Lost In Light' album. At least two guitars, probably three are at work. A male voice supports Sumie. Her voice does a Lana del Rey, without reaching those depths. 'Fortune' is a fascinating song, as it holds an extra layer in the seemingly conventional song. There's more than meets the ear in one go. 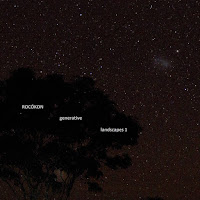 Back to dark atmospherics. In that it fits in with what I have been hearing so far, no matter how different the music is. I notice that I am settling into another part of Harrold Roeland again. Dark strings get overtaken by a female voice speaking Dutch fading in and out, slowly but surely, accompanied by rain that stays, to return later on. Cnispering sounds are all around. Mysterious and dark the fragment of 'Five Landscapes ...' is. Roeland manages to make his composition even darker, the woman starts to sound like she is stuttering, scratching her looped voice. Over 10 minutes this fragment will take. A bit long? Yes, of course. How long can fascination with darkness with one painting take? Well, Bosch' best works perhaps forever. This is not a Bosch unfortunately.

Believe it or not, over all that cnispering, a female, classically trained voice starts singing a composition by Hildegard van Bingen, the Medieval mystical nun who left behind a host of songs. All in praise of the Lord who's churches are becoming alarmingly empty in the past decades. Roeland's cut up techniques in music intersperse with heaven. Creating something which is doubly mystical. Medieval and 21st century. Who would think of this? Only .No is my guess. 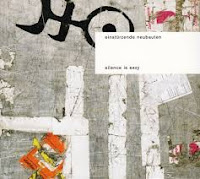 A male voice saying something about Potsdamer Platz and beauty. Again something behind the voice that has not so much to do with music than with creating a certain atmosphere to accompany the voice. What to make of it? I really have no clue. It turns out to be Einstürzende Neubauten. A band from Berlin is allowed to tell about a platz in Berlin. Again it is something otherworldly presenting on an earthly place and qualities, only to, apparently, break it, literally in the end.

From the relative light of Einstürzende Neubauten the darkness washes over me. A rolling thunder of sound, like a huge wave out on the beach, crashing over me, tearing me asunder, trying to pull all my limbs from me, before letting go and allowing me to get back above to breath. The wave is replaced by ominous sounds. Nothing is here to please, only to scare it seams. This may well be the House of Cosy Cushions' at its darkest. I can't remember having heard the band so dark before. In a way this is Metallica, without the pounding drums, James Hatfield's ugly voice and the guitars. But now there's no Metallica left you will say? Yes, and still I stick to my words. Just listen. Hearing is believing.

Finally some music returns to Kairos. A rolling piano, is replaced by a piano playing slow chords and a high voice starts singing. Low Roar again or is it I Am Oak? The last one. The beautiful song 'Swells' from the album 'Osmosis', one of my favourite albums of 2019. Again darkness though. 'Swells' fits with my description opening the House of Cosy Cushions song 'Halo' just before it. The electric guitars roll over 'Swell', almost making it a different song. 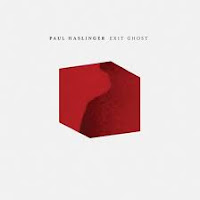 Listening to how 'Swells' moves into a Paul Haslinger composition on piano, I am again amazed by .No's ears. How do you find this, how does one imagine a mix like this? Berlin again as well, as this composition is called 'Berlin 86-11'. It may well be that the extra sounds are mixed into Haslinger's piano playing, I can't tell. I can't help thinking of Bernie Gunther, the detective noir series of the late Phillip Kerr, who's premature death has deprived the world of a few more great suspense novels set in Nazi times or among escaped Nazi's after the war.

A high male voice steps into the show, accompanied by a slow piano. Atmospheric, pained, some sounds that seem to seep through the studio wall from the next studio. 'Show Me The Way' by Lyenn, who recently has released a new record, that I have not had time to listen to yet. (Just like Low Roar by the way.) 'Show Me The Way' is an impressive song. With a minimum of effects Lyenn creates a whole world, a touch of sadness and searching for a way out. I am in doubt whether he finds the way out though.

The ominous sound mixed into the final, fading out sounds do not spell well. Another composition of Harrold Roeland gets a lot of attention. 'Generative Landscape, Paris' it is called. 'Il Est Cinq Heures Paris s'Éveille? The softness of the bigger part suggest it being 04.55 hours, the cnispering sounds and other noises announcing the five o'clock and waking part. Another image I can't escape is the U boat sounds and the sonar in the 'The Hunt Of Red October' movie. Again I can't call this music, but somehow it is intriguing. 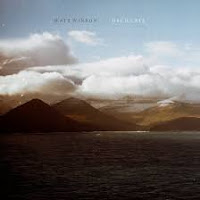 When a piano, clear sounding and proud, cuts in, the cnispering is sprinkled out over the intro one more time, before another man with a high voice starts singing. This time it is Matt Winson. He is moving dangerously close to Antony, allowing for those trillers in his voice that only barely do not get on my nerves in 'C.A.L.M.'. What this Kairos really does well, is to make the songs shine out really, really well.

Just listen what happens next. There's no describing it. As if the beginning of the third world war is announced, so threateningly the sounds come towards me. Train bells from the U.S. clanging out towards me and something menacing lurking in the background that does not want to reveal itself. The female voice is not making it any better. I have the inclination to run away and hide. It almost takes willpower not to do so. I notice that this song comes from an album I reviewed not so long ago in 2019. This has not prepared me for 'Ecstacy X' by Susanna & The Brotherhood of our Lady though. This is scary music.

A piano comes to the rescue though (I hope). It is Matt Winson who's 'Particles' come by. First with David Gilmour like guitar wails and dark violins. Settling into the song the mood changes to something far more relaxed.

Only to notice it is a different song. The song comes from the beautiful album by Eleni Era, a Greek singer working and living in Berlin. Thanks to Kairos I am remembered regularly how beautiful this album is. I wonder if I hadn't run so much behind, whether 'Rise Love' would have made my favourite 10 albums of 2019. It just might have. 'Nocturne' has a classic 50s movie sound, while being totally modern in sound. This is a song Doris Day could have sung to the ears of my late father in the 1950s, from one movie or another.

'Nocturne' is overtaken by 'Particles' as if the two belong together. 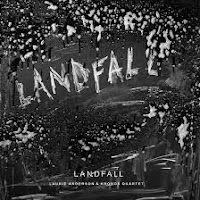 Not for long though. I notice .No's annotation with this show is better, as he shows how the songs are blended by him in the time tracker of the show. 'A Renewed Awareness of Home' by Yui Onodera & Celer is mixed with 'The Water Rises' by Laurie Anderson & Kronos Quartet. The eastern percussion is filled with sonorous strings, making for the most serious piece of music on this Kairos. Although I can hear the beauty, this composition is not for me. Like a lot of this Kairos was not. Nevertheless, this was an adventure I would not have liked to have missed. Not just because a lot happened, no, because of the brilliant accents and the total experience of this Kairos. While typing these last words, Borka Balogh starts again and I know again why I liked her album so much.

This is this month's playlist: