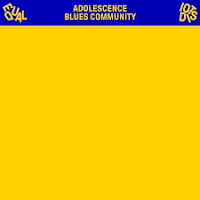 It's nice to not to be challenged every once in a while. Equal Idiots' second album is such an occasion. The songs are as complex as the length of the songs. The singer sings with the right amount of a sneer as can be expected with punkrock songs. The songs contain the right amount of alternativeness to not be called a pop punk band. Several songs have an edge making them less easy to digest in one go. The na-na-na's fly around where and when possible. The guitars sound dirty without becoming nasty. Drums and bass pound away like there's no tomorrow without resounding into "animalism". With ten songs the album has the right lenght.

The result is that Equal Idiots draw between the lines of alternative punkrock and the result is an album that is fun to listen to when I feel like an album like this. No more but certainly no less. And sometimes that is enough. Not all bands can sound as big and convincing as Green Day. There's loads of more money, more routine and also some more talent in the end. But there already is a Green Day. Equal Idiots have chosen correctly to stay well away from that band, well mostly. By choosing a more alternative side to their music, the band nudges closer to Dutch bands like Mozes and the Firstborn and Canshaker Pi, so is artistically more interesting and challenging.

Adolescence Blues Community is an album to enjoy for what it is. It holds some really nice punkrock songs, even a sort of ballad and several songs have a nice melody. "We don't care, we are just having fun", they sing in 'Adolescence Blues' and that sums up the album quite nicely. Fans of this sort of music ought to know enough and so do those not liking punkrock.