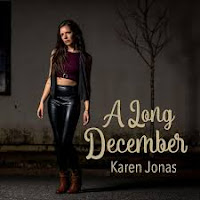 Another ten recently released single are presented on WoNoBlog. This time a few surprising covers, an older song that was used in video art, singles released to put attention on upcoming albums. Musically the range is just as wide, from loungy triphop to fast rock or Americana. You will find it all. So, feel free to click on the link to our Spotify list and submerge yourself in the music while reading the text, so you can form your own opinion. Here we go!

Following up on her beautiful album 'The Southwest Sky And Other Dreams', Karen Jonas returns to this blog with a Counting Crows cover. The drama and the mood that surrounds most songs of that band is there but toned down to more earthly proportions. The song is presented to the world in a modest version that has enough of the original to be recognisable and enough to make it a Karen Jonas song. Together with her band she makes the song come alive without doing more than sing the faintests of harmonies together and a subtle lead melody line played by her guitarist Tim Bray. Summing it all up, a little musical gem has been presented to the world by one of the finest female singers in Americana today. 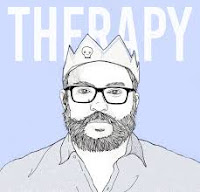 Not an official single release, but a different occasion is at the reason for this (re-)release. Ben Cooper/Radical Face released Better Days as a part of his 'Therapy' EP and released an alternate version, that is the subject here and more impressive than the original on the EP. Cooper was approached by a video artist, Joaquin Baldwin, asking permission to use the song for one of his video's. Cooper agreed and the result can be seen online (https://www.youtube.com/watch?v=U0HdyQVZtrQ). The kind of video art one usually sees on a museum.

The song itself is a tremendously depressive affair. The kind that is just as tremendously beautiful as it is sad. Radical Face finds the right notes and tones to make the kind of impression that is lasting. The difference between the two versions is that the acoustic guitar is stripped out of version 2, the one in the video. Upon closer inspection, I did not know the song beforehand, both catch that mood and are simply so well done.

Ben Cooper has every right to be proud to have his music feature in a quality video art performance as the other way around Baldwin must be very pleased to have this song as the basis of his video. 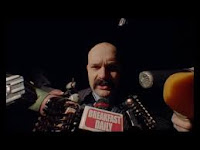 Uncompromising music still exist. TV Priest presents such music on its new single Press Gang. Not so much in extreme loudness, although the single has its exuberant, noisy moments, no, it's in the way the whole of the music is presented. There are some similarities with a band like Shame in the way the song is built up and the way of singing. The main difference is the lack of a distinctive melody in the singing and music. The effect is all put into the energetic presentation. In the roughness of the singing, slightly distorted. Just listen to the elementary rhythm of the beginning of the song. Easily one minute passes by before the song explodes. The focus is all on the bare rhythm and the singing. So, is the song good? No, not in a classical sense, in an alternative way it certainly is more than just interesting. TV Priest may fit in nicely in the bands just below Shame, like The Murder Capital or Silverbacks. I'll know more when the album 'Uppers' is released later this month. 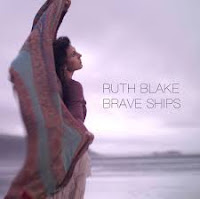 With Brave Ships the mood goes totally down again. Ruth Blake presents a beautiful singer-songwriter song with a hint of folk within it. The singer from Somerset in England sings with a calm style. In the bio Dido is mentioned as a reference and I can only underscore that. Like Dido Ruth Blake sings with an undercooled voice but manages to convey emotions anyway. The music is a mix of dreamy atmospherics and a soft, yet tight rhythm section. The combination certainly works. It gives Brave Ships a balance making the song so much more interesting to listen to. Also because Ruth Blake starts to sing more accented as soon as the drums kick in. The violins give the song a finishing touch and allow her to lengthen her notes once again. Just like the tone changes when the violins are plucked. Take a listen and find out how that changes the inner dynamics time and again. A brave song Brave Ships is. 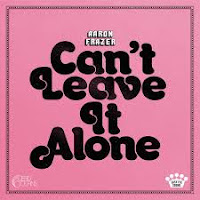 I listened to 'Introducing', Aaron Frazer's debut album, two times and found a a bit too much to my liking to review it in a meaningful and positive way. Still I want to put some attention to his work, as I think it is worthwhile to learn of the album for all who like a modern mix of soul and rock music. Singing with a falsetto some of the time, Frazer finds the right kind of funky tone and hip hop rhythm at least part of the time for certain. This single is an example of the hybrid of old and new, soul, funk, hip hop and rock. I find the way in which the music continually stops and starts works really well and invites to mild dancing as well. The lead guitar is exactly dirty enough for this song. That piano that fills the silences in between all the other instruments bare the rhythm section. Again a Dan Auerbach production that leaves me slightly confused. He has a habit of doing this I'm finding through the years. 'Introducing' is no exception. 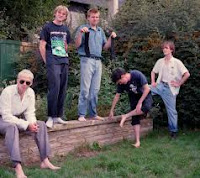 In the week before the new album is released Shame releases a fourth single of its upcoming album 'Drunk Tank Pink'. Having been able to hear the album, I can already divulge that things are quite alright in the Shame universe. Strangely enough I'm finding that the band's songs work better within the whole that individually. Nigel Hitter is not extremely exciting listening to it on You Tube. On the album it's a great second song. The band plays with the rhythm in a way that I'm simply glad not having to reproduce it. Talking Heads certainly is an influence here. The weird way the rhythm plays out underscores this, like singer Charlie Sheen can sound like a rougher version of David Byrne. The video is enlightening to watch as well. Baby experiments in the 70s. "I'm burning at both ends", Sheen sings. Things do not get that wild, but intriguing Nigel Hitter certainly is. 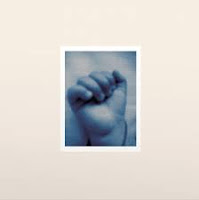 Trying To Get To Heaven / Mother. David Bowie

In 1998 David Bowie recorded two covers with Reeves Gabrels, his Tin Machine guitarist, and long time friend and producer Tony Visconti. John Lennon's Mother, a song I could hardly listen to as a child, and Bob Dylan's Trying To Get To Heaven, only a year old at the time Bowie recorded his version. Mother was supposed to get on a Lennon tribute album that never materialised. Come 2021 and both songs are released on Bowie's birthday as an exclusive single. Only 8100 something have been printed and go for the amount of €19.99, the equivalent of two albums when I was young, buying Bowie's albums on release or something close to ten singles. So I did not even bother for this single.

Are the songs good? Oh, yes! Mother gets a more reticent rendition. The primal scream influence Lennon was under circa 1970 is not emulated by Bowie. It's his band that lets it rip in the end and Bowie follows in his singing. Bowie sings the lyrics in a much more resigned way. Dylan's album track on his fabulous 'Time Out Of Mind' album, also containing one of Adele's greatest songs, 'Make You Feel My Love', gets a wilder rendition musically while Bowie is again observing more than despairing. At first that is, moving into the song I get the impression he has hellhounds on his tail, while running at the top of his lungs towards that gate about to close.

The 8000 something copies have sold out on the same day. The ones investing in them have bought two great songs showing how good David Bowie was as an artist interpreting another singer's work. This is simply very well done. He made the songs his own, totally. 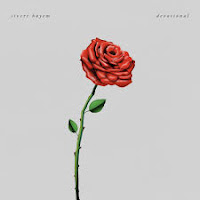 With Devotional Sivert Høyem releases a second song as single from his upcoming five song EP 'Roses Of Neurosis' (12 February). His deep voice sings a slow song, a ballad with an electronic undercurrent. Synthdrums, synth spinet and atmospherics over long drawn guitar chords and arpeggiated notes. The song also presents a beautiful, slow trumpet solo played by Nils Petter Molvaer a jazz player who agreed to play on this song. I understand the collaboration is a rare one. That may be the case it adorns Devotional with a touch of beauty. Very much like Soft Cell's 'Torch' was adorned by a trumpet solo sounding like this one. The solo gives the song an extra grace. Without it, it would have been a nice but average Høyem song, with it it shines. It underscores the cool, Scandinavian passion of Sivert Høyem singing: "I love you". 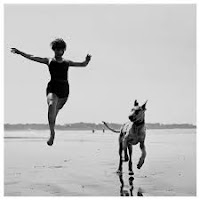 Another slow song, more jazzy, closing in on triphop. David Bowie has already been more than mentioned in this post, but here he comes again. In Quiet Moments in the vocal melody really brings Bowie to mind. In some moments even close to existing melodies. Think the Bowie of 'Young Americans' and 'Blackstar'. Lost Horizons takes its time to present In Quiet Moments. The song is drawn out, slow with at best a prominent drums, slow but present, persistent. All the other instruments, including the voice, are not in a hurry. The song could be a lounge track, with everybody relaxing on a Sunday afternoon, drink in hand. There are days nothing else is needed. 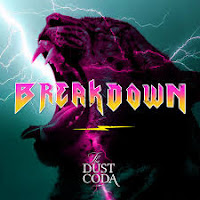 O.k., enough lounging. The Dust Coda returns with another single from its upcoming album 'Mojo Skyline'. A strong riff intro, and staccato guitar playing in the first verse bring me back to 1970s classic rock. The members of this U.K. band have listened closely to the record collection of their parents, most likely fathers, perhaps even grandfathers by now. The result is a song that brings the era of classic rock back alive, with a hint of Guns 'N' Roses in the solo section. That is Slash and Izzy alright. The change does give Breakdown two faces. The first part is tight, the second no control at all and just let it roll. Excitement as rock and roll bands can share with their listeners. It's all in here alright.