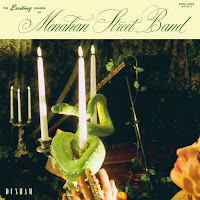 Another year, another batch of singles to peruse through. Some from this year, a few from last year and even two Christmas singles. Again an extremely varied lot. From hip-hoppy jazz to yé-yé, singer-songwriter to jangly pop. You will find it all in this collection of 11 singles. Below you find the link to our Spotify list so you can actually follow all the changes presented on below.

How many songs start with a six second drum pick up? Not a lot, I'm sure. It also gives nothing away on what is about to follow. The first sounds over the drums are experimental soundscapes, before a melody starts. To my surprise what I'm presented with is a lazy, jazzy instrumental. The kind where the trumpet meanders over the whole. Faint traces of Herb Alpert's hits of the late 60s and even Dexys Midnight Runners come by, but tell only a quarter of the story. On Midnight Morning, the band's first release in nine years, Menahan Street Band combines a jazzy hip hop rhythm with modern synth sounds and Herb Alpert trumpet sounds, recorded in a more modern way. The result is an instrumental song that could have worked when lounge was the thing, but works on any other lazy afternoon to wile away some time with. 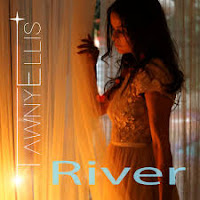 In 2020 Tawny Ellis debuted on this blog with her album 'Love Life'. Before Christmas she released a single that is reviewed a little late it turns out, but none the same deserves some attention. The song is about a Christmas celebrated in a more moderate clime, dreaming about skating on a river to skate away. Well, that lyric can be turned into an anthem on climate change. The Netherlands, famous for skating, has not seen natural ice thick enough for some years. The days without snow have passed the 640. Everyone who likes skating is dreaming here, with predictions making it ever more unlikely that there will be another Elfstedentocht again. Tawny Ellis has captured that feeling as well. The repeated reference on the piano to 'Jingle Bells' can be overlooked easily. What rests is a beautiful song filled with memories of what once was, in another life and another time. 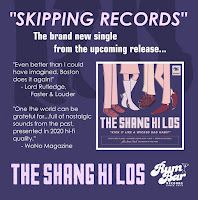 The change is rather abrupt, should you be listening as we recommend in the above. We're in rock territory alright. The kind that was popular in the glam period. The rhythm propels the song, that will be on The Shang Hi Los' album 'Kick It Like A Wicked Bad Habit', forward. The guitars punch in an extra rhythm with their accented playing. The band certainly moves in T. Rex territory. Think 'Get It On' with a slightly less serious undertone. There's something naughty in the way "skipping records" is sung, almost as if touching the player's arm is not allowed. Like the band's name, Skipping Records does not have to be taken seriously for 100%. The fun factor does call for 100% dedication though as this song is sheer fun. 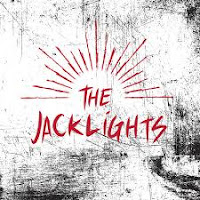 In the fall of 2020 Justine Covault announced the launch of her own record label, Red on Red. One of the first signees is Boston punk band The Jacklights. The band in October released its debut EP with five songs, so I decided to take a listen. Expect a supertight trio, Nilagia McCoy on voice and guitar, Michael Allen on bass and Steve Patton, drums. What gets me straight away is energy the band shares with the world. The band does not necessarily stand out in a tremendous way. The songs are not the best ones ever written or sung, no, The Jacklights kick in the energy button until it is stuck at the max. They lead the way towards a good time to be had by all. '1AM Radio' is the exception where the tempo, not necessarily the noise level, is allowed to go down a little, ending the EP. The Jacklights have made their entrance and I look forward to hear more in the future.

Also a bit late, but we review singles in the sequence of arrival, Coat Of Snow. Cold Expectations is another band that signed with Red on Red. I can't help it but looking at the video I get the feeling that it looks exactly when the children of the people in my band, Sweetwood, look at their respective parents making music. Somewhat weary but also a little proud. Parents are not supposed to do these sort of things, is what some kids think.

That is the looking at the video. When I'm just listening, what I hear is a band having fun playing an alternative Christmas song. The trio, semi-acoustic guitar, bass and drums and a device playing the solo melody, jangles its way through the song. The recording is live and not mixed in the best of ways. All instruments find their way to my ears quite neatly. Coat Of Snow is a song that works and shows some promise for songs to come. The clear Christmas bells will be dropped, to be replaced by a clear cymbal, to create that jangly sound this band holds within it. 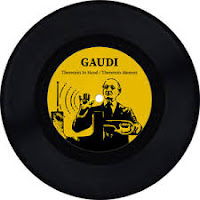 Until today Gaudi to me was an architect living in the 19th and 20th century who has adorned his hometown Barcelona with many extremely beautiful and even weird architecture drawing millions of people to come to the town and watch in awe. This Gaudi however is doing something fanciful as well. He plays theremin over reggae tracks. The combination is as strange as that it works rather well. Now I'm not one for more than a few reggae songs in one session on any day, let alone with a theremin as a lead instrument and no vocals to sing along to. Yes, it is weird this combination but to listen to it a few times in no punishment. It is something new and like Gaudi's cathedral, I do not need to see it everyday to know it is exceptional and beautiful, but one day I will return to it. Just like I will to Theremin In Hand. Gaudi's cover of Lee Perry's 'Bird In Hand'. 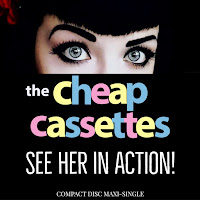 Where have the days gone that I bought a package of ten TDK C90 tapes and not much later was the owner of a LP a friend had bought or a collection of the latest hits taped from the radio. The tapes I made for parties in the our dorm to dance on all through the night on beer and baquets with sateh sauce only? Decades long gone. Although I played cassettes until the player broke down in my old Peugeot, they are a thing of the past for a long time now. So a band with a nostalgic sounding name like The Cheap Cassettes brings back a truckload of memories.

The music is just as nostalgic. Played with an enthusiasm like a band full of youngsters a few decades ago who had practised hard in their rooms and parents' garage. That powerpop rock with free flowing melodies and singing. Green Day without the punk element but tight and loud enough to attract enough attention to it. Lil' Bit Everyday has that pop feel despite the tight drumming and bass playing, while the double guitars each play their role in the band creating a a mix of rhythm and melody. The chorus is instantly singable. Fingers on the recoding button? Go! 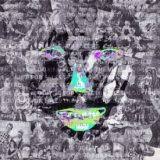 Looking For Faces. The Vices

Following the single 'In And Out' new label Mattan Records brings the release of The Vices' album scheduled for March, a bit closer. Listening for the first time, I can't help but notice that the verse of Looking For Faces comes dangerously close to EMF's big hit from the early 90s, 'Unbelievable'. There's something about the chorus as well, I haven't brought my finger around yet. With that out of the way, it is easy to notice the energy that went into and comes out of the single. The song speaks to lovers of alternative rock and aims for their legs and bodies to start moving instantly. Looking For Faces does both as it is a song worthwhile listening to at home too. For one, it all sounds so easy, the slight changes is the drum pattern, changing the feel of the song, the dynamics that are used with such ease. They are all signs that The Vices have put in the time and attention to the song. The result is playful and then some. 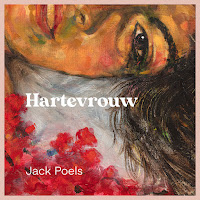 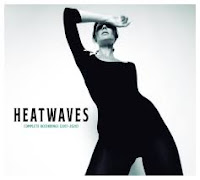 In My Teens. Heatwaves

It seems like Rum Bar Records has found its way to Spain. After Freddie Dilevi it presents Heatwaves to the world. The band takes us back to a time when Motown ruled the airwaves and a few other girl bands from the mid 60s. The accents in the music are not solely sixties as they are to strong for that. The chops are much heavier, hinting at some influences from the late 70ties as well. But not to worry Supremes and The Shangri-Lahs fans, honey is dripping from the voice of singer Ana Beltrán as if bees aren't dying out fast. The mix between the soft girl trios, the soft toned violins and the tight band works rather well. With an album out as well, 'Complete Recordings (2017 - 2020) there's more than enough to discover where Heatwaves is concerned. The introduction is short, 2"17, but oh so nice. 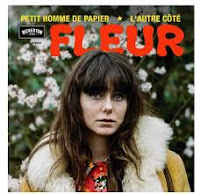 Is there something like a time machine? I'm inclined to answer yes listening to Petit Homme De Papier, a single by a Dutch singer called Fleur. The song is out for some time but I discovered the name very recently. Fleur makes music in the style of French sigh girls or yé-yé. She sings clearer though than the average sigh girl. The innocence is there alright. Something in the arrangement and especially the keyboard solo, makes me think The Kik and Dave von Raven and that proved right reading up on Fleur. Arjan Spies and Von Raven produced the record for Fleur Henkelman from Vessem in Noord-Brabant. The Kik has created a career on music from long, long ago and with 'Fleur' the front duo of the band explores the French mid-sixties as if they are Serge Gainsbourg reincarnated. Yes, it all sounds simply too familiar, had it not been done so incredibly well. This song, and the same goes for the other a-side, 'La Reine Des Abeilles', is so extremely pleasant to listen to. In fact, it is a true invitation to listen to 'Fleur', the album, as soon as possible.