Again we focus on Kairos, the Concertzender radio programme for "a meditation on contemporary music". For an hour Wo. submerges himself in music that quite often is far-removed from the guitar-ridden music he usually reviews on this blog. But wait, at times you will find familiar names among the Kairos playlist, as by now Wo. has developed a keen ear for what could work on Kairos as well. So, feel free to sit back, click on the link below and submerge in the adventurous, most likely unusual musical world .No creates. A world where most likely the artists themselves may wind up surprised about how their music is presented on this show. Go with that flow, just like Wo. does in the stream of consciousness this post is.

Again the familiar intro is missing. Last month this was because of a time lapse, now it comes at a later stage, after a sound that gives the impression of a bagpipe taken through some sort of modulation. A piano enters my ears and an extremely slowly played drums. It is Lyenn returning to Kairos and this blog with a song from his 2020 album 'Adrift'. 'Morning Sun is just as slow and sad sounding as the work on his previous album. Now I know the album was released and even notified .No on it and then forgot about it. Simply too much music reaches me to delve into things I do not already have or is put right in front of my nose. But am I glad I am hearing Morning Sun. This song is beauty personified in music. The slow piano riff the piano is an equivalent of the main guitar riff in 'Shine On You Crazy Diamond'. And yes, I hear that the piano follows the chord pattern and yet, tell me it isn't true. 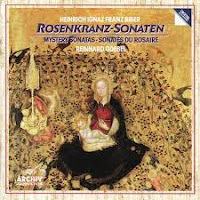 A busy violin enters the whole with some sounds that suggest a presence within Morning Sun as well. What I'm hearing is totally experimental. The violin could be part of a classical piece (going out of control), underneath it something totally different is happening. Some sort of progrock extravaganza is going on with electronic music going out of bounds as well. The mood changes and the violin almost gets a gypsy boy or girl with a tear in their eye mood. Underneath a piano plays softly but also in a weird way. It is recorded almost ugly in sound or on an old piano on the verge of being out of tune and felt on the hammers. So, what is it I'm hearing? It turns out to be hard to say. The electronics were the Rosenkranz Sonate no.1 by Heinrich Ignaz Biber and Paul Pankert. Later on with the piano and violin it is Graham Reynolds' You Will Not Rest. It's not my kind of music but it touches me alright.

A female voice comes in and yes there is a seizure between the two but when paying only half attention I can imagine that it is as if the violin is replaced by a female voice. Another artist that has made it to this blog before enters Kairos once again as well. Norwegian singer-songwriter Susanna released her solo Corona album last summer, 'Beaudelaire & Piano'. The Enemy is one of the songs based on a poem of 19th century French poet Beaudelaire. With her clear voice, recorded with enough spaciousness around it, she creates an intimate atmosphere as if she's singing and playing in my bathroom. 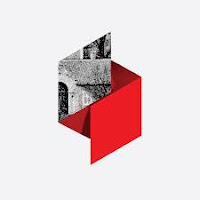 Slowly the song seems to fall apart, while from the pieces something entirely different is constructed, slowly coming together around electronics and an electric piano. Paul Haslinger is a former member of German synthesizer band Tangerine Dream, now working in a far more organic musical environment, not unlike many of the new classicist pianists releasing songs. There's something else entirely in 'Austerlitz' as well. The battlefield in Moravia where Napoleon defeated all the others in eastern Europe is caught in a tranquil mood, capturing Pink Floyd as well. The music evokes the instrumental part in 'The Wall', including the upstroke on an acoustic guitar like in 'Welcome To The Machine' from 'Wish You Were Here'. 'Austerlitz' is totally different and yet so familiar. Very well done and good.

A female voice comes in over the Pink Floyd sequence. A high voice, partly electronically treated. A soft piano and some electronics accompanies her, until the drums kick in giving the song an oomph without getting wild. For Kairos it is though. Every few seconds I'm doubting my ears though. Isn't it a male voice anyway? Let's check. Yes, fooled by that Israeli singer with that far out voice once again. Asaf Avidan produced a beautiful album in 2020 called 'Anagnorisis', quite rightly lauded on this blog.

And again the song falls apart. What I'm hearing can easily be a weird twist in the mind of the artist translated into music to totally upend the listener and his mood. I can't tell exactly what is going on. Is it Avidan freaking out or is it 'The North Wind' a single by Faten Canaan embracing 'No Word'. My guess is the latter. If so, how does one hear the similarity in the music that it can fit together so well? Yes, I hum a different tune every once in a while when hearing a new song but this is a different level of recognition.

Guitars enter the electronics, a bare intro to a singer-songwriter song. The guitars and the rhythm are strong, the singing forceful. Didirri is an artist that did not make my cut for a review a few months back. Not special enough, but within this context 'The Critic' works rather well. The kind of song I like to whistle along to. Lodged between the electronic experiments a song by a singer-songwriter stands out certainly and has that effect on me.

The sounds of the guitar very slowly fade out but not before a violin enters the softly fading last chord and note. Again, an experimental melody on the violin, mind, not unmelodic!, is accompanied again by electronic sounds underneath. So, is it Pankert once again working with a sonata by Biber? Yes, it is part II. According to the information this is a live recording of the violin sonata under which Pankert adds his electronics. In fact it is like nothing I've ever heard before. The violin is in parts as wild as the late Charlie Daniels' fiddle in 'The Devil Went Down To Georgia' (a good title from a christian-republican point of view in 2021), without ever losing that classical connotation. This sonata is surprising in a few ways and not only because of the electronics beneath it. Like I said, I've never heard something like this before and it is intriguing.

The tranquillity returns with a spaciously played piano. The contrast of this piano with the one mentioned in the beginning of this post is tremendously large. The Susanna kind of piano playing. In this case it is one of the Axioma's of Matteo Myderwyk's recent album 'Axioma'. Slow, tranquil and meditative. His music fits Kairos so well. 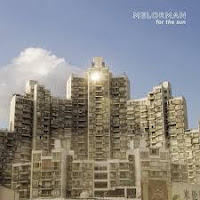 It all changes to atmospherics with long held chords accompanying the estranging sounds. An electronic equivalent of thunder that keeps rolling in the distance or big waves crashing on the shore, rolling out onto the beach seemingly forever. In this case it is the night falling onto the Earth. Melorman's Night Falls presents a fast played keyboard as well, while new elements are introduced along the way. The result is I'm listening intrigued to how this composition is playing itself out. The crashing electronic sounds recurs regularly, more and more in the background, while the night life (I've got to boogie) starts playing itself out in the song. All that we cannot do in these corona times I see in my mind's eye. It makes me feel a bit sad about what we have lost and hopefully will gain again later in 2021.

Another melancholy piano enters Kairos, again with some electronics in the background. Niklas Paschburg has found his way to this blog before. Was this song like this on the album? So experimental? I can't recall. The effect is that what a rock band does to create that stop-start feel in a song. Taking an instrument out of the mix and put it in again, creating an extreme form of dynamics. It is possible to do so with electronics as well, as you can hear here. (I notice that a few minutes are missing in the playlist now, so I have no clue what I'm hearing.) The mysterious sounds are almost a loud form a rock with purely electronic sounds. 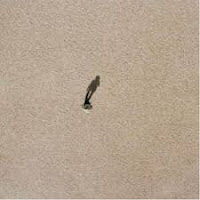 A male voice is telling me "She was a visitor" over and over, signalling another composition has started. Dark electronics and weird sounds envelope my ears with the "visitor" moving in and out of the mix. This is pure weirdness and is not music in my opinion. It could be a part of experimental video art in a museum or exhibition of some kind. Disturbing sounds accompanying disturbing images. Like endless light flickering exposing an image of something horrendous off and on. It could also be a soundtrack for the Al Graib prison, supplanting AC/DC, Slayer or Anthrax for a while. It may well be that Robert Ashley's She Was A Visitor will have the same effect on the prisoner as that drop of water on his head. Let me rephrase, it will be a while before I'm (tap) dancing in the sand to this "music".

An electronic wind enters Kairos and a slowly played piano. The most unwelcome visitor has left my ears and home. The tranquil mood of Ashot Danielyan's 'Beyond Northwind' is soothing. Despite the fact that his music does come close to Susanna's or Matteo Myderwyk's music, the spaciousness of this experimental neoclassical composition is more than welcome. A fine end to another musical adventure that took me to all sorts of places in my mind, in quite an extreme way even. Well done, .No. I was challenged quite nicely this month.