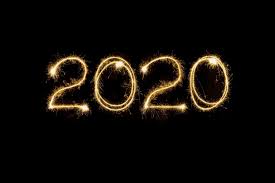 By the time 2020 was half way, it was clear to me that 2020 was getting to be an exceptional year in pop and rock. Late June I was worrying already what albums I would have to drop to get to a top 10. I decided to cheat. As all live shows were cancelled from mid-March onwards, I decided to use the space to expand my top 10. First to a top 20, then a top 25 and finally a top 30. All these albums deserve a mention and I have been extremely strict as well. There simply is so much more. Before I start the countdown, a few mentions, as you will find spread out over two days.

First three albums that saw a re-release. The 4CD box of the U.K. psychedelic folk band Trees is exceptional. Like, extremely likely, most people in the world, I had never heard of the band and was mildly blown away by what I heard. As I write the cd box is on its way to me. I am really looking forward to establish a real relationship with the music of Trees.

Secondly, The Rolling Stones not only released a surprise single, 'Living In A Ghosttown', though not of exceptional quality still shows that the band can deliver a good and relevant song, no, there was the release of 'Goat's Head Soup'. Thanks to that release I now know and can regularly play the three "new" tracks. Whatever the story behind 'Scarlet' really is and if it could/should have been on this album, whether Jagger sang it at the time or not, I'm so glad to have it. Because of the three songs I bought the album and truly underwent a true reappraisal of it. Not to speak of the alternative, bluesified version of 'Hide Your Love'. Once my second Stones album, now my latest as well.

Thirdly, there's the re-release of 'Benjamin B.', the debut cassette of the band with the same name. Alternative rock from the 90s that could have been made today. There's so much energy on the album, that it ought to lead to a major breakthrough of the band 25 years too late.

Also, I like to draw your attention to three EPs that are so good. First, Fridolijn's Chapter One and Two maxi singles, that show an extremely interesting and mysterious side to her artistic music. I hope it will all lead to a beautiful CD in 2021. Second, I Am A Rocketship's 'oRanGe'. One of the many lockdown releases that are very surprising. The band rocks, is angry and it shows in a positive way.

I also have to own up on something. On my longlist there were several albums by young female singers. Albums that I even bought and have played a lot. E.g., 'Red' by Polly Scattergood, 'Sorceress' by Jess Williamson, 'World Of Wonder', Sarah Jarosz or 'A Temporary Soothing' by Siv Jakobsen. They all did not make it to this list and I sincerely wondered why. Not that you will not find female lead artists or a band fronted by women in this list. Far from it, perhaps even more than ever before. No, it is mainly about female singer-songwriters that did not make the cut. As I already wrote I truly like the albums but when it really gets down to it, I like some more substance to the music, as in loud guitars. That is the conclusion where I arrived at and can offer you.

There's one question mark in this list. McCartney III was only released on 18 December. I have no idea where the album would have wound up had it been released a few weeks earlier. It really, profoundly surprised me. Not unlike Dylan's latest album. I will not be surprised when 'McCartney III' will grow in my appreciation soon. To be certain it is in this list.

Finally, who is number 31? That unpleasant honour goes to Muck and The Mires' 'Greetings From Muckingham Palace'. The album is not only a lot of fun, it is good as well. It's only that number 30 is more impressive that the album is stuck just outside of my 2020 list.

This album is my return to Ms. Williams. She really hits it hard here and does not hold back in any way. This is a tough album by a tough lady. Perhaps even her best to date.

The first Belgian band in this list. With the album Barely Autumn rocks out nicely without colouring too far outside of the lines. Singing along is not required but always an option. Even about an abortion.

An Amsterdam based band with a global outlook. The dark-toned music is inspired by the south western U.S. desert and Mark Lanegan is never far away. The music is of the kind to watch the stars to.

Sophia returns with a great album that rocks and holds back in all the right moments. In my opinion the best the band released to date.

On her first solo album Jehnny Beth gives it her all and that is a lot. She shows all sides of her self, even a 3d print on the cover of the album. It paid off. This is an impressive album.

Alternative rock and The Netherlands is a great combination in 2020. Price produces a surprising and varied album that deserves to be heard far across our borders.

Surprises do exist. In the first Deep Purple album I heard after 1976's 'Come Taste The Band', the band truly impressed me with a fine collection of classic rock songs for 2020.

One of the first albums that impressed me in 2020. The debut of this U.K. is one that I still listen to. Blood Red Shoes and The xx go together well here. There is one alternative U.K. band that is a lot better though this year.

22. Even In Exile. James Dean Bradfield

Another surprise in 2020. I almost decided to put the cd aside without listening. I had heard enough Manic Street Preachers for one lifetime. Bradfield presented a fantastic album though. True in the second half I have heard enough. But the first 5 to 6 songs are immaculate and deserving of a listing here.

A second Belgian album from the first months of this year. School Is Cool combines alternative rock with some great melodies and inventive rhythms. I played the album a lot in the first half of the year.

Tie up your (grand) parents because if they are not gone deaf yet, they will after going to a show by this band. Ms Georgia Peach and her men really rock out in ways that are seldom heard any more these days. This is excitement, folks!

Again a debut album by a Dutch alternative rock band. Slow Worries combines its form of rock with some golden melodies and tough playing. Another band that ought to become known far beyond the Hook of Holland, Nieuweschans and Maastricht.

And so I was present at the final show of the flagship of new Dutch alternative rockbands. With its third and final album Canshaker Pi said goodbye to the masses in a great way. It shows all the band was capable of in a grandiose way. Quite the goodbye.

His band The National is largely missing in my record collection. This solo album with a great role for senior musician Booker T. Jones, however is beautiful and full of class.

Clot may be the most radical album that I have in my collection. This New Zealand band band does not hold back on anything, while making a deep impression every single second the album lasts. Yes, there's melody but many will have scooted before it arrives.

Fantasize everything and, why not, a ghost, I'd say. With it's album, Ohmme captured me immediately. Varied, different and fairly unique in sound and songs, Fantasize Your Ghost works on all fronts.

As written above, I have no idea where the album will truly end up, but after the few listening sessions so far, this spot is totally deserved. McCartney III is inspired and rough. I haven't heard Sir Paul this good on record for decades.

An album that came as a total surprise and caught me within the first seconds. A lot happens and in interesting, varied ways as well. From total musical explosions to windless, summer days in seconds. 'Black Foxxes' is an experience as well as a great album.

11. Never Not Together. Nada Surf

A collection of perfect popsongs, sometimes with a twist, like the spoken word section at the end of side A. 25 Years into its career, Nada Surf still can come up with a great record.