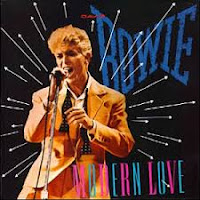 Today David Bowie would have turned 74. It is five years since the release of that fantastic album 'Black Star' and almost five years since his death was made known to a shocked world. Since then the world has far from turned its back to David Bowie. His musical 'Lazarus' celebrated his music and has drawn large crowds. The exhibition with Bowie exhibits from his whole career, even from before he broke big, travelled across the globe attracting crowds. His music is everywhere and 'Heroes' gained, perhaps, its highest position in that Dutch national end of year feast called Top 2000 ever.

On 8 January 2017 we started this overview of things Bowie found online with regular updates, called Bowie for dummies. To celebrate his birthday we have another update for you, the 25th. This large body of work by Tineke G. let's you enjoy all sorts of sides to Bowie's music, work and career. Just click on the link below, this will bring you to the original, but updated page.