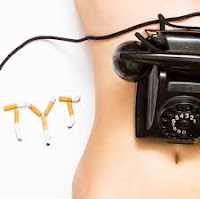 Life is full of surprises and some of the more pleasanter kind I was presented with was after The LVE's show in Scheveningen a few weeks back. The label owner of The LVE's forthcoming release, Gentlemen Recordings, said to me, I have another release, perhaps you're interested in it? So I walked with a youngster to the band's van and received an album.

Once at home I put on the LP and was astonished by another great album by a young Dutch band. In fact it is so good that I can hardly believe my ears.

Ten Years Today? Yeah, sure, I thought before that moment. Ten Years After has been put to pasture long ago. A band I was never really interested in, although it's version of 'I'm Going Home', "by helicopter" as Alvin Lee added, at Woodstock that found its way to the great triple album of the movie, was my, at the time my unbeknown, introduction to several rock and roll hits. Musically Ten Years Today has nothing to do with the U.K. guitar monster trio. Although there are 60s (Nederbiet) influences in the music of the band, there are equal parts Britpop and hardrock. Together Ten Years Today conjures up a potent mix of rock and roll.

One of the surprising moments on TYT is 'Conflicted'. The song starts out as a Golden Earring ballad like 'Another 45 Miles' and mixes this with a Smashing Pumpkins ballad like 'Today'. A mix so incomprehensible at first hearing, until I notice how good it works and how the song progresses into an ultimate chorus. George and Billy coming together in one voice.

On TYT the riffs fly through my ears as if writing a good riff is like cycling on a sunny Sunday morning and everyone can do it. Just listen to 'Feel'. The guitarist goes full out, the main riff is soaring right into a short guitar solo. There is so much fun and energy packed into this little piece of music showing not only what this band is capable of but also that they know exactly what a great rock song takes to convince.

Ten Years Today is a trio from Groningen in the north east of the Netherlands. It travelled to the south east to Eindhoven to work with producer Roel Blommers because of his work with Mozes and the First Born and traumahelicopter. Blommers caught the band at its strongest. Although the dubbed guitar parts are impossible to reproduce as such on stage for a trio, the enthusiasm the band undoubtedly takes to the stage with them has been caught on record. A few production additions like a little strings in 'Conflicted' aside, this is the real thing.

For a band so exuberant and enthusiastic it is good to see Ten Years Today is not afraid of taking the foot of the pedal every once and again. The ballads not only provide the album with inner dynamics, it also shows off the writing skills of the band. It easily gets away with each. 'Question Mark' is adorned with a little Mellotron sound and strings adding to the more serious mood.

Ten Years Today also is a fan of the Red Hot Chili Peppers. 'If I Were Me' has the Hillel Slovak guitar riffing. It is only a starting point. Singer Floris is the better singer and melodically 'If I Were Me' has changes RHCP could only dream of until Slovak's replacement John Frusciante was really allowed to bloom. For the rest the Peppers' funking seems more a fun thing to do in the bigger whole of TYT. This band has the power of songwriting within it and the skills to make a beautiful song from the basic ideas it has. Influences really range from the 1960s, to 80s funk and 90s grunge and Britpop. All that comes together in one of the immense highlights of the album, 'This Is What We've Got, So Let's Live With It'. What a song. Ten Years Today is an album that is as nostalgic as it is current. Just one word remains: chapeau!