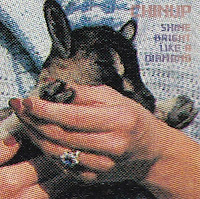 Something has changed in music. In the 90s I practised with my first band in one of those huge practice room complexes, where many bands practised. We were so mediocre if not bad that maybe we just did not care. We slowly got a little better and had fun playing together. The other bands were all in some sort of competition with each other and all musicians were afraid that they could be found at fault playing a note to fast or slow.

Come 2017 I find bands pointing each other towards blogs like mine. Keeping a watch out for reviews of bands they know well. Hence every once in a while an email comes my way or a (link to a) cd. It was that way Shine Bright Like A Diamond came my way.

Chinup is a band from Amsterdam that plays a upbeat indie rock with some pop tones to go. The band has been releasing albums since 2010, all without me having a single idea of its existence. The music reminds me of a lot of things I've heard over the past decades, but more recently I'm remembered of the Antwerp band I Drove A Tank. Chinup reached that same sort of lightness the Antwerp band found on their recent 2016 EP. "Nachtschade' by De Avonden is another album that comes to mind.

Lightness does not equal taking the easy way out. Both bands work with higher sounding, clear notes, not with easy melodies that please the ear without making a true impression. Chinup does not mind throwing in a few prickly pears on the route to being appreciated. A lot of people may even run off before they come to a song like 'The R'. The song holds a form of delicateness that is special, as the prickly pears are all around. Those taking care can dodge them and reach the inner beauty of 'The R'. The sweet way in which the vocal melody changes, the mood is altered back and forth. 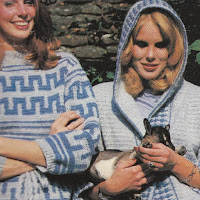 On Shine Bright Like A Diamond Chinup plays this game of attracting, shying away in a masterful way. No single song is just a song. It has to skid the railing of the ravine to feel right it seems. Setting of sparks that light up everything around showing flashes of beauty before it disappears again.

And then 'Going In For The Kill' comes by. Up tempo, up beat, linear, with a 60s pop feel added to the indie rock of the 80s. There's no way not liking this song. It simply doesn't make me work so hard. I'm a pushover by the time I reach it. It is hardly fair.

Luckily the song is followed by 'Bleak But Bonafide'. A laid back song with a simple but nice hook on the lead guitar. There's even a guitar solo in there. Have I heard one on the album before this one? I simply can't remember. The 60s feel returns in the song, while the "broken English", to quote the band's Bandcamp page, reminds me faintly of the English of Frans Krassenburg's in the more poppy sequences.

The most surprising turn of the album is the third song. From English singer Harmen Kuiper switches to German. 'Die Regeln des Spiels' is the first single of Shine Bright Like A Diamond. Starting with drums like Iggy Pop's 'Candy' starts, the German does come as a surprise. It could have been "It's a rainy afternoon" easily instead. The German sounds weird on top of the indie music underneath it. Somehow it works after I have gotten used to it. Joke or not, the sound is serious.

"It's all downhill from here" is the first line sung on Shine Bright Like A Diamond. Quite the statement for an album presented to me for a potential review. Luckily I persevered. I took the slide down, climbed back to the top and slid down once again. Downhill is a perception to. I used to love the slide as a kid, the higher the better and it was all downhill. In a similar way I like this album by Chinup. The moment I'm down I can put the record back on again whenever I chose and slide down it all over again. For over 30 minutes and 11 songs long. Slide away!