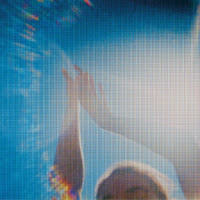 With yet another band with a soft singing front lady and a ramshackle sound things become delicate with me. Is there room for one more band/artist? For a while I thought that Fazerdaze would be one of those bands too many. After giving the recordd a second, third and fourth chance, things changed slowly.

Still it is a very thin line Morningside is balancing on. The mood I'm in definitely makes a large difference. The difference is between hearing the bright sparks in Fazerdaze's music or just hearing a song, or worse an album that drags itself on and on. Ever since being introduced to Drugstore in the mid-90s in support of Jeff Buckley in Rotterdam I'm struggling or enjoying bands like this.

Fazerdaze is Amelia Murray from New Zealand. After releasing her first EP in 2014 she set out to work on her debut album that was released in New Zealand on Flying Nun Records before a worldwide release. The album is named after the suburb Murray lived in at the time, perhaps still does. The title Morningside also reflects that morning feeling when the light is already bright but the mind may not yet be. Struggling to get awake and clearheaded. Depending on the circumstances a pleasant morning feeling.

That lightness is reflected in the sound of Morningside. The singing has a sleepy connotation while the music is light of sound and mood. Clearsounding guitar riffs weave in and out of the fundament of bass and drums. Over this all a distorted guitar may be added, like thunder in the distance. It does nothing to change the mood. Thunder and lightning far off are a spectacular sight.

When Fazerdaze adds a more alternative rock sound to the whole, e.g. in "Misread', the album gets exactly the injection it needs. As does the organ that enters the sound here and there. More and more I'm reminded of the fine album Amber Arcades released last year, 'Fading Lines'. Like Annelotte De Graaf, Amelia Murray is able to play with the mood of the listener and take the listener by surprise. E.g. with the The Cure like guitar solo in 'Little Uneasy'.

Where a difference emerges is that Fazerdaze never stuns me, where Amber Arcades did in a few songs. For that Morningside colours between the lines too neatly, which is far from insurmountable. The band forces itself a bit in 'Friends' when a harsh guitar chimes in. A harder sounding song like 'Half Figured' does push the right buttons with me. As I wrote, it's a thin line.

Morningside holds several incredibly pleasant songs that put me in an attentive mood or relax me. A song like 'Jennifer' is even soothing. Soft and ideal to listen to before going to sleep. Yes, I mean this positively.

With this I have said all that needs to be said on Morningside. If you like an alternative, dreampop kind of female singer this is an album to get yourself familiar with. If not, odds are you will not like it. I'm just in the right mood today.

You can listen to and buy Morningside here: