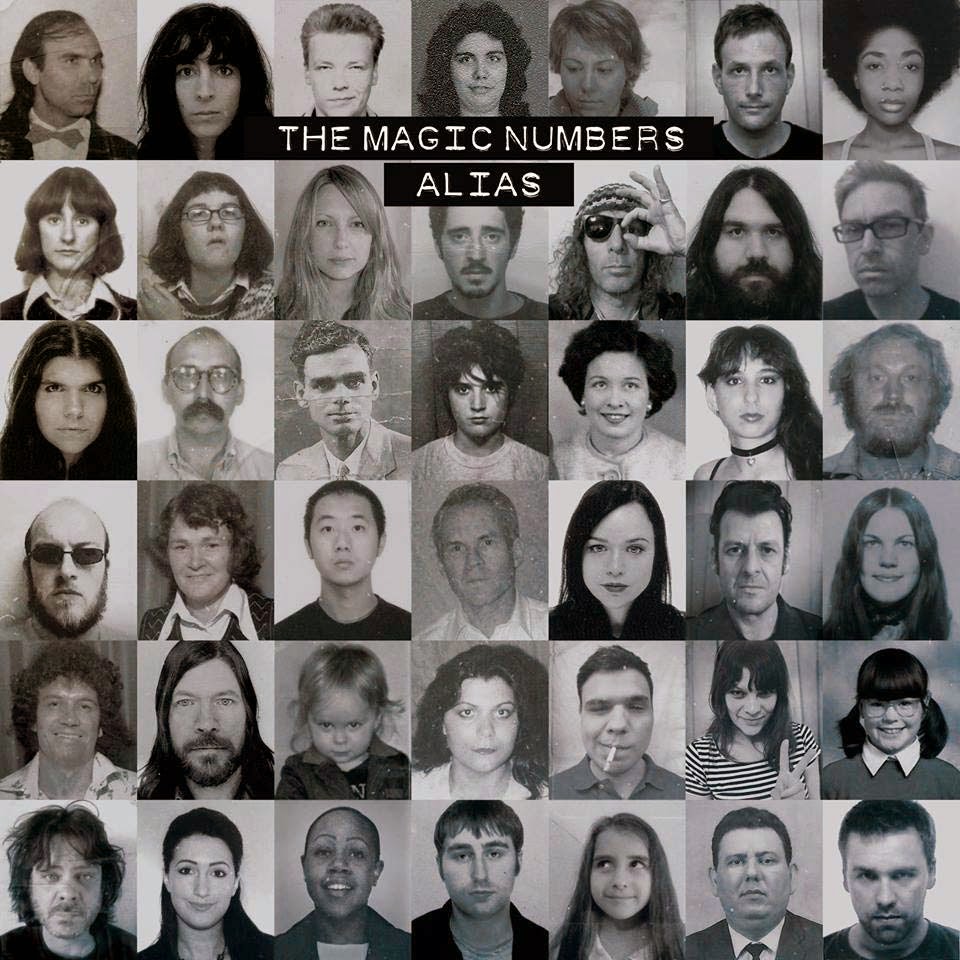 The Magic Numbers and I have a relationship that goes back to the first album the band released in 2005, but also that was where I left it at. Or simply missed everything in between. This album was on the list of to do but never got off of that list. It made its way to my device and came by in the shuffle mode and finally caught my ear.

The brother-sisters act of the Godarts and Gannons released its fourth album in 2014. An act that unfortunately appears to be less successful per album. Something that Alias seems to not have been able to turn around. I wonder why that is, as there isn't an album by The Magic Numbers that I have played this much to date in the past 9 years....

.... And then I forgot about again. I started these first sentences in mid February and this is the last day of May when I discovered this early entry somewhere at the bottom of albums to review. Putting on Alias once again to discern whether I want to give finishing this review a go, I again noticed how much I like the music on the album. The Magic Numbers rock out in a pleasant indie rocking way, without giving up on the great harmonies the band members are able to sing. True heirs of The Mamas and the Papas The Magic numbers are. Romeo Stodart is the leadsinger. His sister Michele and Angela Gannon provide everything that makes the vocals come alive.

Musically Alias is more solid in the first bunch of songs than I remember the band to be, but then I'll own up straight away that it's been years since I listened to 'The Magic Numbers'. Electric guitars are the main instruments on Alias here, but then something changes fundamentally.

With the ballad with violins and all called 'Roy Orbison' the album even keels over a bit too much in another direction. With such a title one is entitled, if not obliged, to melt away in sticky sweetness, but also wallow in darkness behind dark sunglasses. It is in the last object where there's no balance in 'Roy Orbison'. In the music of Roy Orbison there was always that hint of impending doom lurking in his music; that large chunk of pathos on the brink of exploding into one huge flare, consuming everything in its wake. 'Roy Orbison' lacks exactly this darkness.

The next two songs even move over into a 70s (Philly) soul sound and I'm asking myself, what is going on here? The sugary sound of 'E.N.D.' is even quite hard to endure. 'Walking in the Rain With the One I Love' comes to mind. Alias really seems to have lost its focus.

Surprise, surprise, the rocking sound returns with 'Accidental Song'. A solid sound with the light voice of Romeo Stodart. In this song the soul side in the singing of The Magic Numbers and the rocking side of the band blend in a perfect way making for a nice song. The up tempo songs remain for much of the remainder of Alias. Still, it keeps me wondering where the band wants its music to go.

Alias is no spectacular album, but then The Magic Numbers is no spectacular band. It's a band that is solid and aims for pop songs of the good and decent kind. On Alias two sides within the band seem to come together in music that does not really sit well together, making Alias unbalanced. There are enough songs that I really appreciate and some that are well made and sung, but not to my taste. Which makes that Alias is hanging in the balance and unconvincing as a whole. No matter how well this album kicks off, The Magic Numbers nearly lost me, twice.

You can listen to 'Shot in the Dark' here: