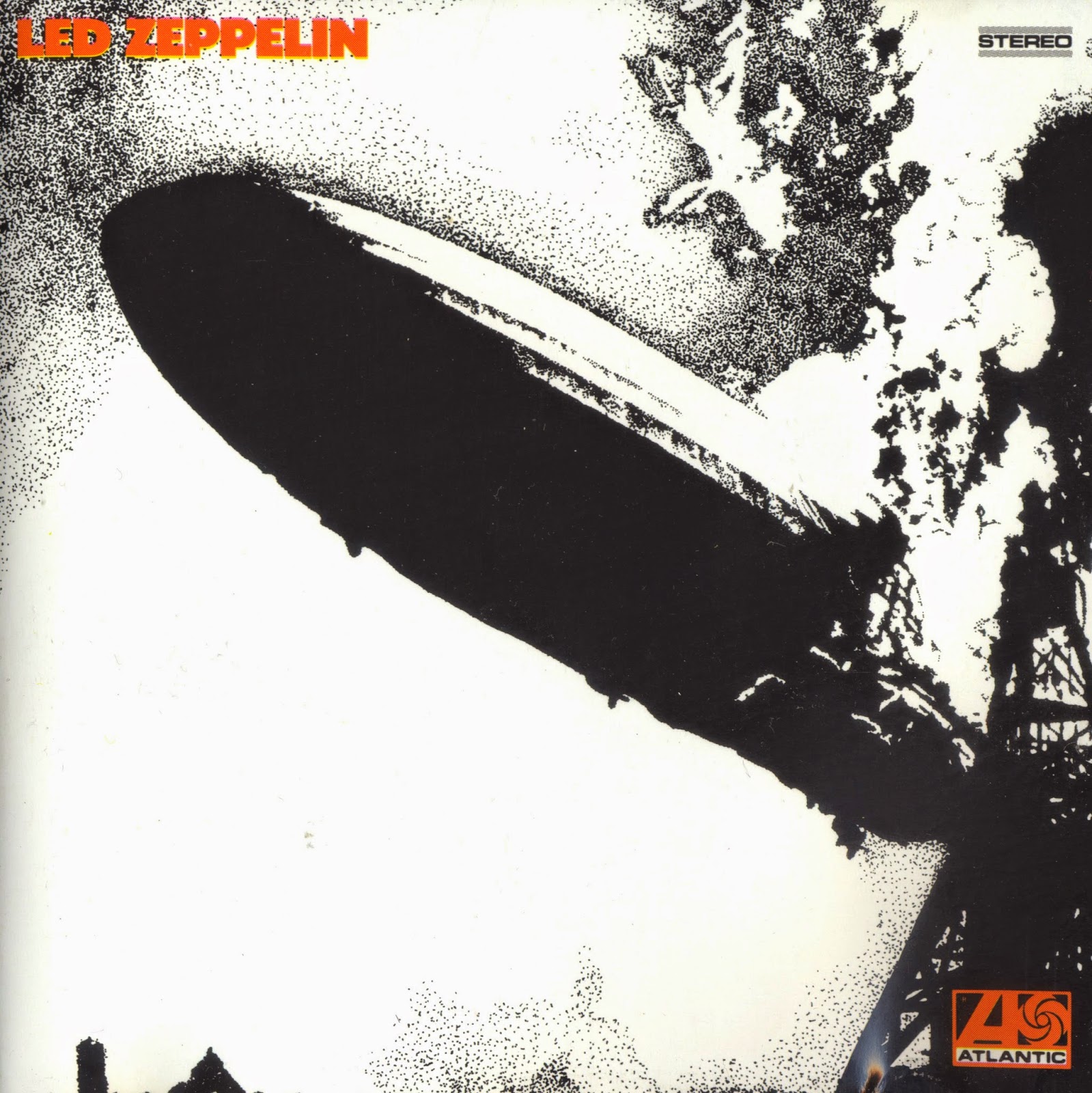 Earlier this year we reviewed 'Houses of the holy', "challenged" by Erwin Zijleman, not knowing that Led Zeppelin was about to re-release its back catalogue with some extras tossed in. In the coming weeks we will look at the first three re-releases, starting of course with Led Zeppelin.

The Led Zep albums all passed me by until the mid-80s. A band could not be more over when I really started to buy albums. It was sometimes WoNo Magazine correspondent Lebbol who put me back on track and let me delve into his record collection. Not that I ever became a huge fan, but as a whole this band is quite alright. What I did get to know at the time were the fantastic singles of the band released in the years 1969 and 1972. The first being 'Good times bad times that entered the Dutch Top 40 in the spring of 1969. I remember liking and singing along to it as far as I understood what was going on. (It did not have the impact on me that 'Whole lotta love' had circa half a year later.)

'Good times bad times' opens Led Zeppelin. I still think the song is great. To this day the song's different from many other songs released at the time. Just think of the way it starts. Two quick guitar strokes and the hi hat. The double tracked vocals and the fast guitar notes being played. Although not totally unique, the song is a statement. There's loads of Cream in there, yes, but things are different. Jimmy Page overdubs, plays more aggressive than Clapton and Robert Plant? Youthful testosterone is just flying out of the grooves of your LP. Compare that to the modest presentation of Jack Bruce. There is no comparison, no matter how good Bruce sings. A beast was unleashed on the world. And the world proved ready for what was to come. Especially the U.S.

It is on the album that Led Zeppelin proved its versatility. 'Babe, I'm gonna leave you' is so different from the opener. The almost classical guitar playing of Jimmy Page with Robert Plant singing his 19 year old middle aged man's lament. The parts are beautifully played and sung, but the surprising parts are the eruptions of the band as a whole. The eruptions that make the song take off as a whole and the direction specifically. If anything Led Zeppelin with 'Babe, I'm gonna leave you' said "we can do anything and you better watch it, as we will". The end of 'Stairway to heaven' can already be heard here. The trick had been explored long before the band's most famous song came into existence.

Deep electric blues is next on the list. In 'You shook me' John Paul Jones distinguishes himself for the first time as the bass parts are played on an organ and he gets the solo. (The power man behind everything this band does is omnipresent the whole time. Whether conspicuous in his absence during the silences or when hitting hard, John Bonham is always there.) As does Robert Plant with a harmonica solo. As such nothing really special, a blue-eyed blues like half the U.K. at the time was playing. It's just sounding soooooooooo good.

'Dazed and confused' is rumoured to have been stolen from a street musician playing in New York. The 20 to 30 minute versions on live recordings tend to become a bit much to listen to. On record this song works quite well. It is a song that seems to have inspired Black Sabbath to some parts of 'Paranoid'. Next to showing again how well the band can work with dynamics within a song, the experimental part of Led Zeppelin rears its head. The theramin sounds and bowing of a Les Paul are all on display here, creating different sounds than usually heard at the time. If anything 'Dazed and confused' was a promise of things to come. In hindsight that is easy to say, but certainly true.

'Your time is gonna come' is another great ballad by Led Zeppelin. The church organ intro again shows that Led Zeppelin did what it thought was right and doable. John Paul Jones again pushes his stamp over this song. Again a lot of acoustic guitar playing. Led Zeppelin may the epitome of classic rock, the music is not necessarily that. 'Your time is gonna come' has country influences and folk guitar playing. Another one of my favourites on this excellent album.

'Black mountain side' shows the final influence on Led Zeppelin. Eastern melodies and folk guitar playing. Jimmy Page showing his virtuosity on the acoustic guitar. Fairport Convention meets Pakistan and Morocco or something.

Time to let go again. 'Communication break down' is a loud rocker, with Robert Plant wailing like the hell hounds are on his trail. Jimmy Page letting it rip. And one of the rare Led Zep songs with backing vocals.

'I can't quite you babe' is another blues. Again nothing special at such, but sounding so good. Robert Plant is the beginning and the end of that. The rest is done by many other bands. Plant's high voice suits blues very well. His wailing is just so convincing in songs like this. As if his life's depending on it.

'How many more times', the final song, starts just like many a mid sixties hit, before the guitar makes sure there is no misunderstanding: This is a rock song. Stark riffing drives this song home. Not the best song on Led Zeppelin, but certainly proof of what this band was capable of. It is also in 'How many more times' that the legacy of Cream on Led Zeppelin comes through the loudest. 'I feel free' e.g. has loud echoes in this song (and Bowie learned a downwards bass trick for 'The jean genie').

On the second cd are live renditions from 1969. The sound quality is not overly fantastic, but something good to have. Led Zeppelin is already this rock beast that plays with its songs. Taking them to and beyond the border. Stretching time signatures, creating silences, thus tension, playing with the minds of the audience. Muddling up and coming back to tightness. And this young singer that is singing like he was a rock star for all his life. Sounding so self-assured, backed by this great band. Led Zeppelin was a fantastic band from the very early stages. The second cd drives this point home very effectively.

Over all Led Zeppelin remains one of the best debut albums of rock. The songs easily stand the test of time. The power of the band is there, also 45 years after its first release, in full glory. All the ingredients were there to develop further. The discussion about which song was stolen from others, has been settled over time. Composers are in their rightful places. Young and brazen on that account has been replaced by time; impact and force haven't. What a record! It is easy to admit that over time I started to like Led Zeppelin better and better and better and ....

You can listen to 'Good times bad times' here: