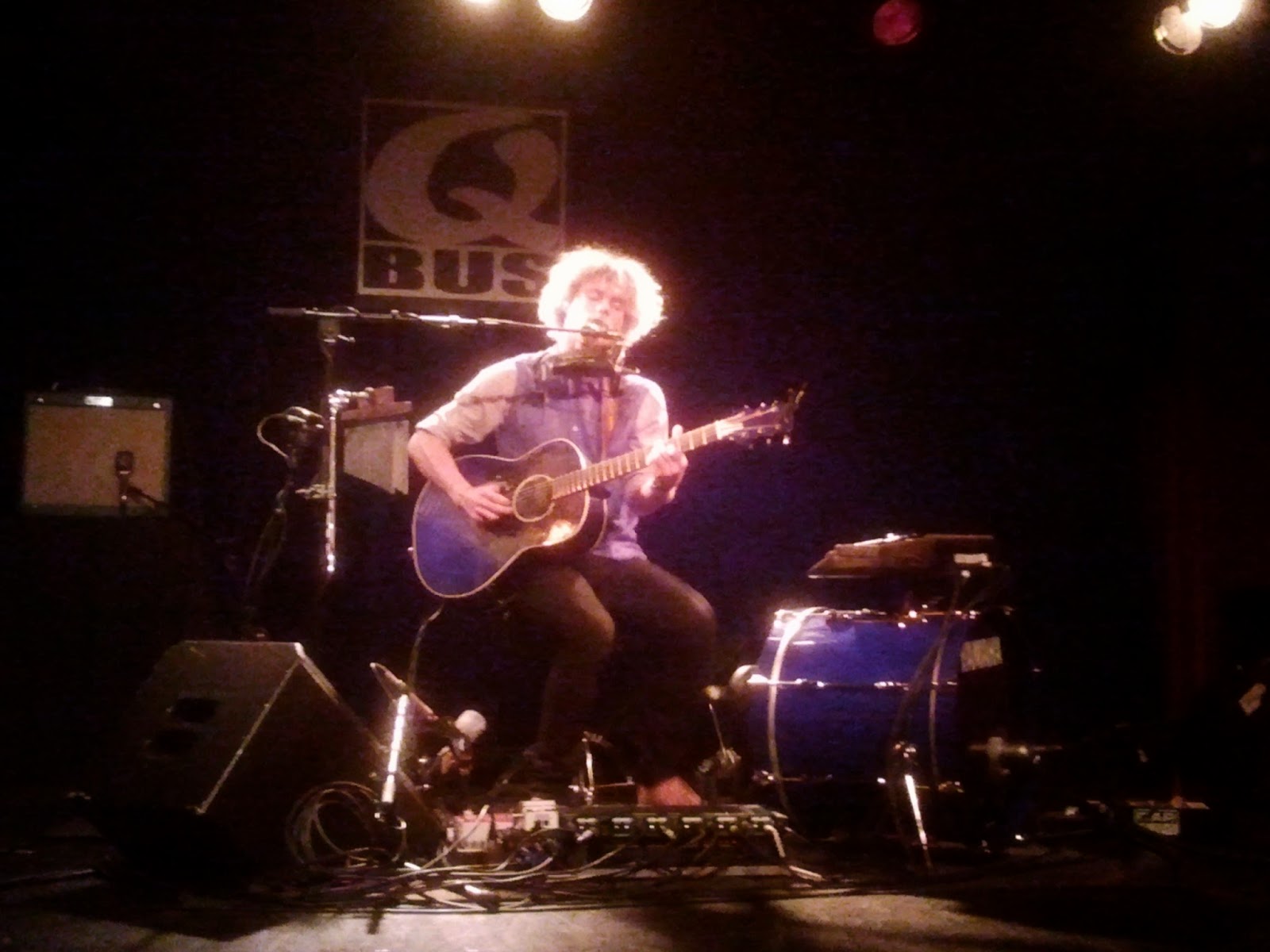 In the past I've once bought an elpee on the basis of a cover, 'Sheik yerbouti' by Frank Zappa, but never before did I go to a show on the basis of a photo. Granted, it's not an entirely fair comment, because this was the Q-Bus and I wouldn't have travelled much further to see this show. But none the less, the picture on the Q-Bus website was so forceful. A guy with an acoustic guitar, longish hair shot from behind and slightly from below, as if jumping at least ten feet high. The picture is a showcase of energy. Kim Churchill caught 100% in his act. From what I saw yesterday, this picture ought to win a price as it tells so accurately who Kim Churchill is as a performer.

Not that Churchill jumped around a lot. All but for his final note he was sitting on a drummer's stool, playing his guitar, harmonicas, three toned kick drum, tambourine and miniature tubular bells. Finally there was something that is not an instrument, but defining for his sound: a large case filled with electronic effects for his guitar, voice and harmonica. That this guy travels around with his own sound man is a smart move, because his show stands or falls with a great sound. A true one man band. 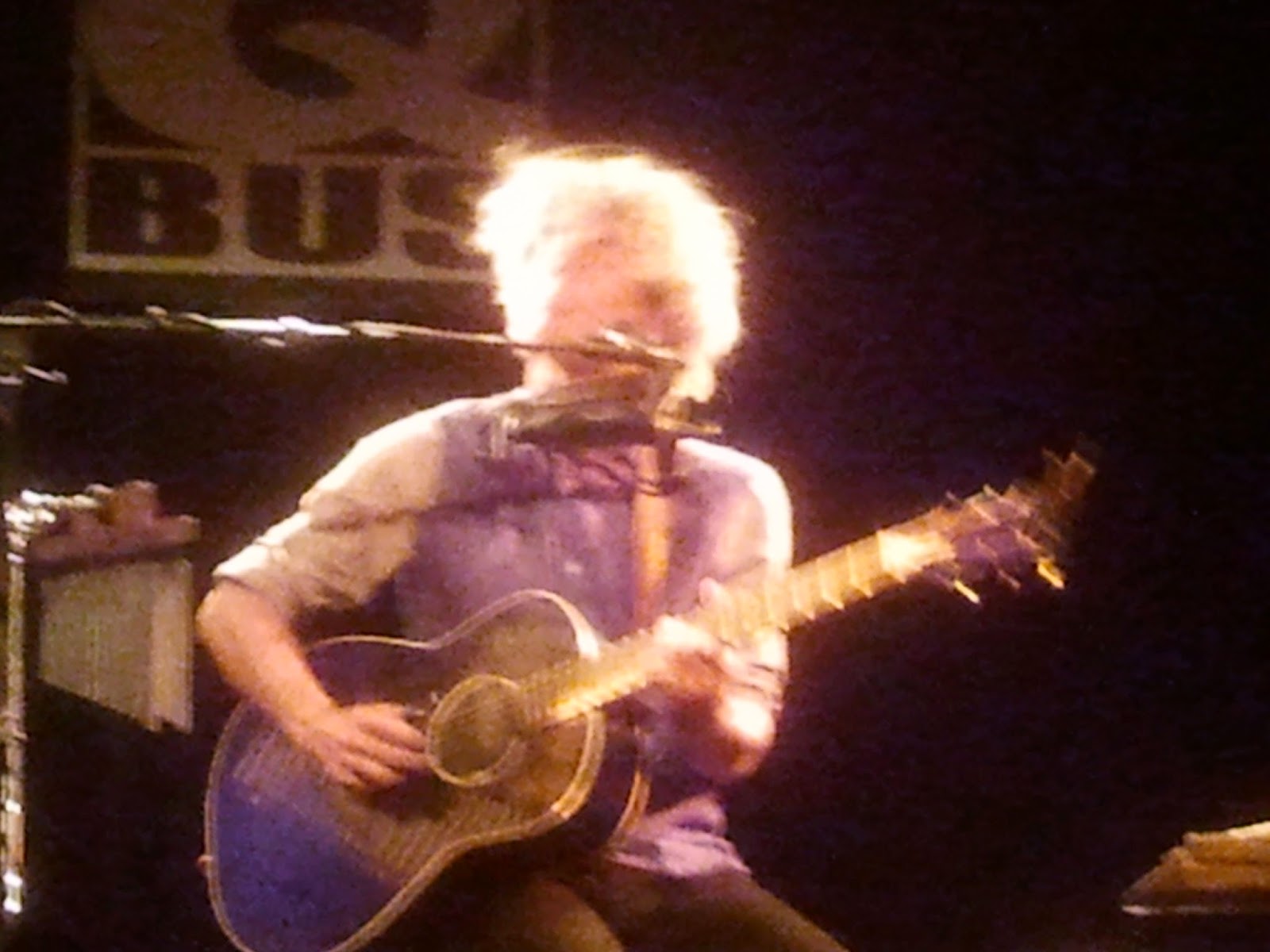 The show was built up with expertise and showmanship. It started off like this guy who can play some excellent tricks on his guitar and make his harmonica wail like a steam train, but lacked real good songs. During the show Kim Churchill picked up steam, his songs started to come alive, my ears were pricked up and it all ended in sound storms, whirls of electronic noises, songs that had so much energy balled up in them that the Q-Bus started shaking on its very foundation. The guy made more noise that the nine piece Steely Dan tribute band produced together last week. Churchill tossed in a little Led Zeppelin, played unrecognisable in his own style and a sped up chunk of 'Subterranean homesick blues'. In short, his music ranges from folk, to folkrock, blues and classic rock. It's all in there in this blend that is all Kim Churchill, including some very interesting, alternative styles of guitar playing and who knows what tunings.

His voice reminds me of someone, but it keeps eluding me who, right up to now. Next to that there is the wail of Robert Plant and so much force, but apparently brought without forcing. The master of his voice. Yes, with loads of effects, echoes, reverb, whatever on it, but extremely forceful, powerful and loads of expression.

Of course I have to listen to his new album first to really be able to draw some conclusions, but from what I heard yesterday, this guy ought to be a lot bigger than the Ben Howards and Ed Sheerans of this world. Nothing compares as far as I'm concerned.

Normally I ought to be able to say within a few years: "Do you know where I saw Kim Churchill? At his first show in Holland"?!

You can listen to 'Window to the sky' here: