Days of abandon. The Pains of Being Pure at Heart 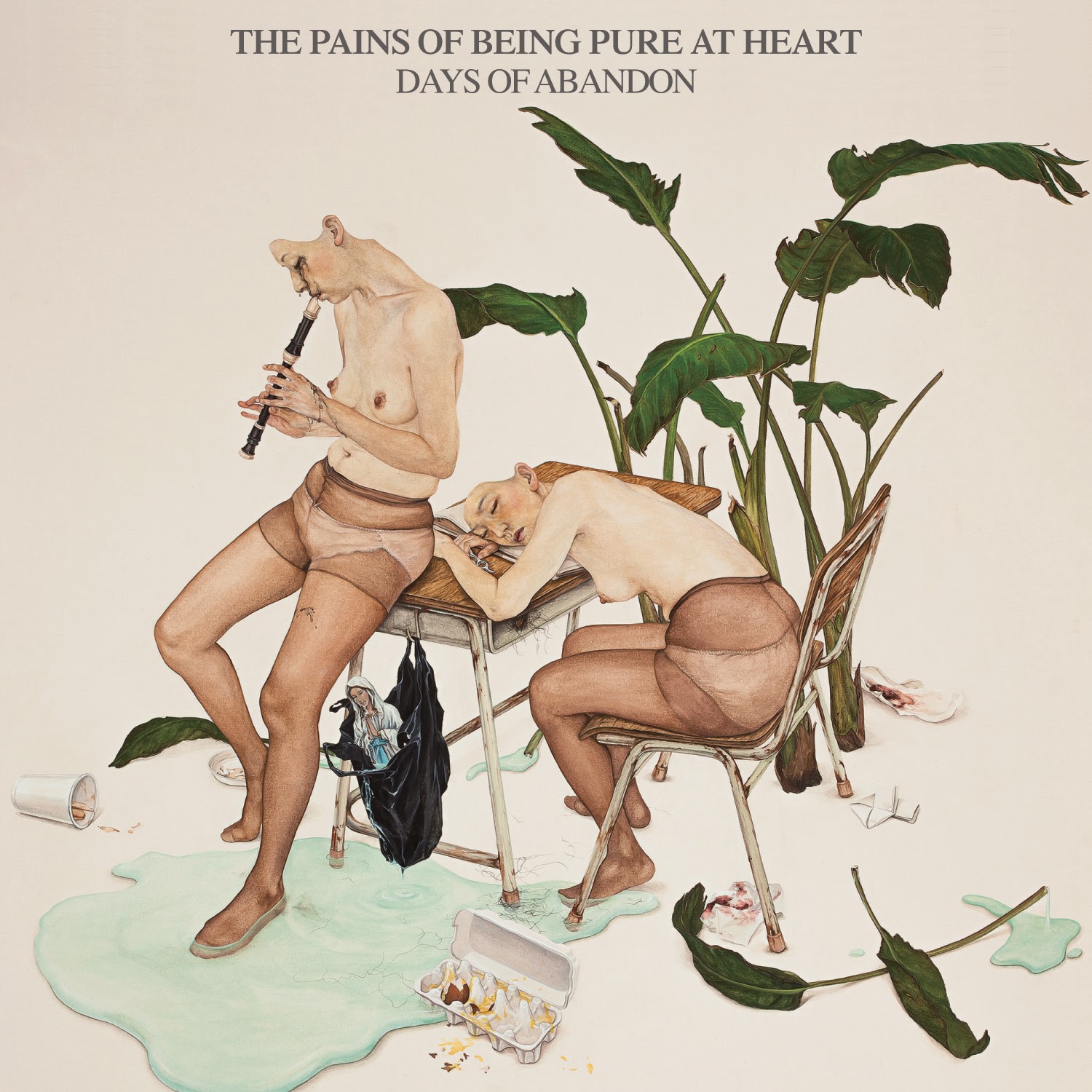 The third album of The Pains of Being Pure at Heart and the one that in my estimation that will decide whether this band will make or break. The debut album of The Pains of Being Pure at Heart was a charming indie rock album, with chiming guitars, a bit naive, nothing extremely special or good, but entertaining and indeed charming. A band that rose on the waves of the Brooklyn bands at the end of 00s. The second album just did not connect with me. We did not hit it off, so I let it go. 2014 sees album number three, Days of abandon. If the cover is anything to go by, there is not much hope. A drawn head with the part of the head missing where things tend to happen and be created: the brain.

At first listen it is already quite clear that the charming indie rock has been let go for a late 80s, early 90s U.K. pop sound. Deacon Blue comes to mind and a little Belle and Sebastian without THe Pains of ... ever coming close to the latter Glasgow band. The music on Days of abandon is so extremely slick, that I'm starting to dislike the album more with each song. and it's only song 3, 'Kelly', I'm at at that stage. The sound goes back to a time in music I do not necessarily want to be reminded of. A mix of slick 80s pop, synth sounds and all, with some faint hints jangly guitar playing. The Smiths guitar, Tubeway Army and all offspring synths and Housemartins singing. For the life of me I can't hear anything a bit heavier in the songs themself, e.g. The Smiths or The Cure, bands that I never got past the first few songs on an album, like some reviewers do. With Days of abandon I make it to the end of the album, but I can't find a way to submerge myself into the music, to surrender. For this the singing is to lazy, non-emotional. Whoever is singing, they all sing in the same way, so the switching of lead vocals do not really make a difference.

Days of abandon has its moments. 'Beautiful you' has some interesting instrumental passages for example and 'Eurydice' reminds me of Belle and Sebastian a little more than the rest does, but over all I have to conclude Days of abandon is not for me and The Pains of Being Pure at Heart no longer is a band for me. Wishing them all the make in the world, unfortunately for me Days of abandon is a break (up moment).

You can listen to 'Simple and sure' here: