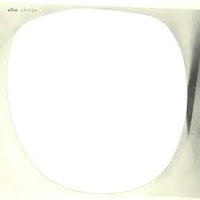 Yes, well, what to make of the artwork of the latest Wilco album? I truly do not know, except that I do not care for it. The same was true for the music; at first listening that is. The album had sort of gone by without me noticing anything, really. As first listenings sometimes go.

Not much later I had the LP in the home and at first listening I truly wondered 'did I make a mistake after all'? It had the same effect on me as the first Spotify session. And then I listened with a headset on and the world changed for good. Ode To Joy is a totally justified title. There's no looking back once the latest Wilco world opened itself to me.

It is in the details Ode To Joy comes alive. It is where Ode To Joy lives. Let me explain below.

Wilco is a band that grew on me by the album. Ever so slowly. I did not much care for most of its 90s output. The albums of the first half of the 00s I found challenging, but could understand why people raved about them. When the 90s and the experiments blended into the output since say 2007, the band has me on board. So hence the unpleasant surprise on listening to Ode To Joy for the first time.

In an interview I read that front man Jeff Tweedy went into the studio first with Drummer Glenn Kotche and only when they had finished the basic tracks called in the rest. So Kotche must have been doing all sort of stuff, except play drums it seems. Not that I'm complaining (any more), but it is surprising isn't it to have a sort of drumless album when co-made by a drummer?!

But the album starts with just Kotche drumming???, I hear you say. True and still Ode To Joy is in many ways a drumless album. That impression or conclusion you might say, has to do with the overall atmosphere that is fleeting, brittle. The songs are nearly all subdued, soft. This results in a mellow mood, holding inner tensions within that at times come out to the front. The same goes for master guitarist Nels Cline. He makes some crackling noise that seem to creep out from behind a screen, only to immediately be put back into the box and sealed just to be sure. What remains are soft details. Sleigh bells, a peddle steel, soft tinkering piano notes, a rambling keyboard. Listen to 'Before Us' and you have the blueprint of Ode To Joy in 3 minutes and 22 seconds.

So I am to listen to a sad song?, you might ask. Yes, in this case you should, as 'Before Us' contains the essence of Wilco's musical beauty. It holds it all.

Ode To Joy is an album that can be seen as a lesson in constraint. Wilco holds back for most of the time. Songs are not so much empty, yet the band clearly has not been on the look out for adding as much as possible to them. What is added is sounds heightening the atmosphere, allow Jeff Tweedy to sing in his softest voice, keeping him in his strength, sounding vulnerable but true. And this is what Glenn Kotche has done in his drumming. It all is down to bare essence. Like in 'Quite Amplefier' it is just the bass drum (or floor tom?) we hear and nothing else.

Together it all adds up to another great Wilco album. No, it is not an earth-shattering masterpiece, what it is, is more than enough. The little hints at The Beatles here and there are welcomed for what they are, little embellishments to a beautiful Wilco song.

You can listen to and buy Ode To Joy here: