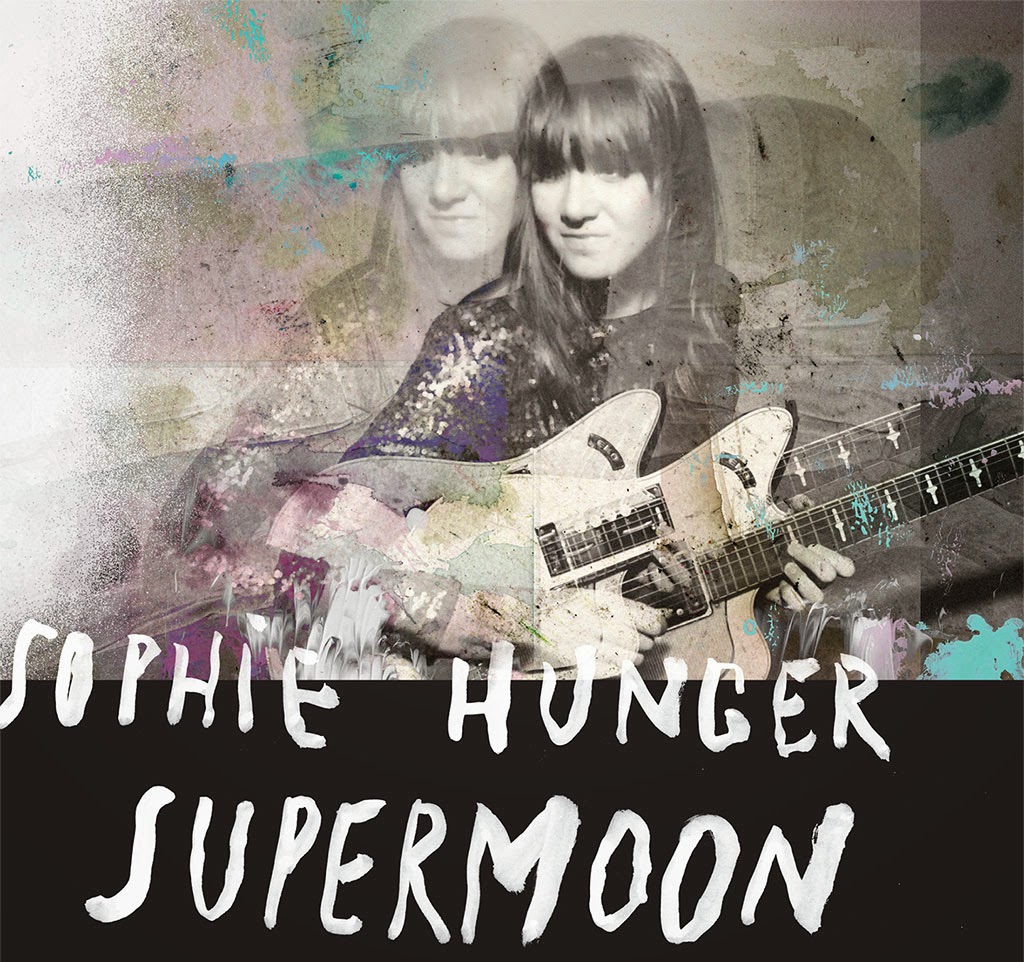 Sophie Hunger has featured before on this blog. Her previous record 'The Danger of Light' was reviewed by both Erwin Zijleman and Wo., while the latter reviewed her show in Patronaat in December 2013. In fact he proclaimed it the best gig he'd seen that year (http://wonomagazine.blogspot.nl/2013/12/sophie-hunger-live-enchanting-and.html). In 2015 it is time for Supermoon, so let's go.

The first listen. Oh, what disappointment. Totally different from my expectations, all sorts of new directions taken, with 80s synth things and jazzy outings. It left me behind shocked and baffled. What do I do with this album?

Luckily for Sophie there is hardly any album by an act that I really like of which the next album did not disappoint me at first listen. I remember not buying 'The wall' for months, as I was so disappointed with what they played on the radio. 'Black and blue'? That was a record I just hated the first time I heard songs. And so on and so on. The exception is the second Arctic Monkeys album, although the first single shocked me.

Luckily for Sophie Hunger things turned out well quite often. Unless the album was truly bad, i.e. not to my liking. Supermoon is not. With the second spin I heard the somewhat weird beginning of 'Superman Woman', including a tip of the hat to Courtney Barnett, turning into the fun chorus the song has, poppy and happy. With the third spin the record is starting to get to me, while I'm remembered that 'The Danger of Light' didn't get to me totally at first listen also. Erwin Zijleman triggered me, as he often does with his reviews, so I persevered. After that first I got back to the album regularly and after a while decided that it deserved my review also.

Having that behind us, I can finally, truly focus on Supermoon, Sophie Hunger's 5th album to date, not counting 2013's live album 'The Rules of Fire' and my second Sophie Hunger album. The basis of Supermoon is Sophie Hunger's voice. Singing mostly English, but her German/Schweiz background shines through also in two songs and French as well. The typical pronunciation in her German songs is already well worth listening.

Musically Supermoon is smaller than her previous studio album. The beautiful effects that enlarged several songs, especially the horns, are mostly left behind. The mood is simplified and much more down to earth. 'Le Chanson d'Helene' (with a role for Eric Cantona) is bereft of nearly all effects. It is all down to Sophie's voice and Cantona's, who recites a text with a dark voice, almost Alain Delon style. So she touches on the chanson genre, in a very modern sense. I dare to count 'Die ganze Welt' as one as well.

A feature that only brings itself to the foreground when listening more (intensely), is the atmospherics in the background. There is this permanent presence of sound in behind all else going on. Like the generators on a merchant marine vessel when in port, permeating everything, especially when trying to sleep. The synths just produce these layers from which sometimes a note or atmospheric shape escapes before being pushed back. Creating a density like a thick fog. Sounds reach the person enveloped in fog, but what they are in the end is deduction from memory or sheer guesswork. The background sounds countermand my earlier observation that the music is "smaller". The effects are much more layered and subtle, but just as great to enjoy once I was on to them.

'Mad Miles' is an example of which the two worlds come together. The droning sounds, a great chorus and an electric guitar like an ambulance blaring, warning, somewhere in that thick fog. Atmosphere and song come together in 'Mad miles' like a dream. With Sophie riding the song like a queen on a horse.

The more I listen to Supermoon the more I realise how aptly the album is titled. I am in awe just like last Easter when a super moon hung over the darkening land while driving home. Without copying herself in any way, Sophie Hunger has come up with a new album that impresses me even more than 'The danger of Light'. Supermoon has to be her breakthrough album, she leaves the world without a choice. Anyone with ears in the right place will hear the quality on display.

You can listen to 'Love is not the Answer' here: