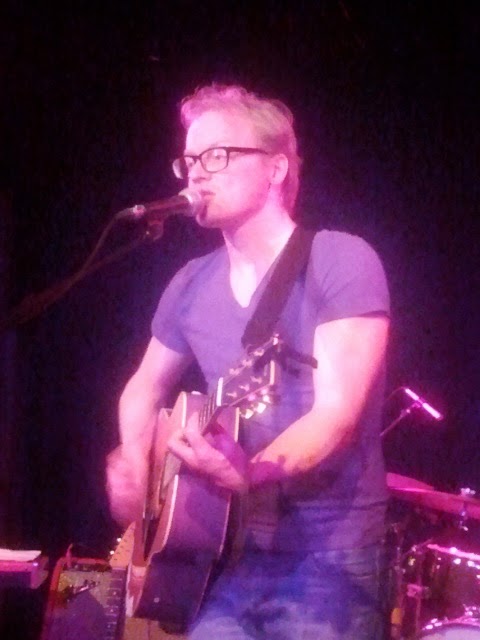 What is a good reason to go to a concert? A band that names itself after the given name of my mother was good enough (after a listen on Spotify admittedly). And just to make sure there are no misunderstandings, no my mother's name isn't Royal Parks. Royal Parks played a duo show with The Maureens and came as a bonus to me and what a bonus it was.

The Q-Bus is threatened with closing, in three weeks time actually. Has the venue become redundant with the opening of Gebr. De Nobel or can it have a parallel existence? I personally believe it could, as the sort of shows that are put on stage, I do not see happening in De Nobel. Too small and too unknown; but then, one would never know if it wasn't tried out first. The problem is that if it fails the alternative is gone. So a hybrid period of a year? That could be a way out, if fully supported by the town council and all concerned. Fact is, I've seen some magically good shows in the Q-Bus by artists I had never heard of and would never have travelled anywhere else to go and see.  That is what makes the Q-Bus unique for me and many other people that come there, all in combination with the ears and enthusiasm of Hans van Polanen. A tremendous shame if that would go to waste, but then all good things end somewhere. Back to music. 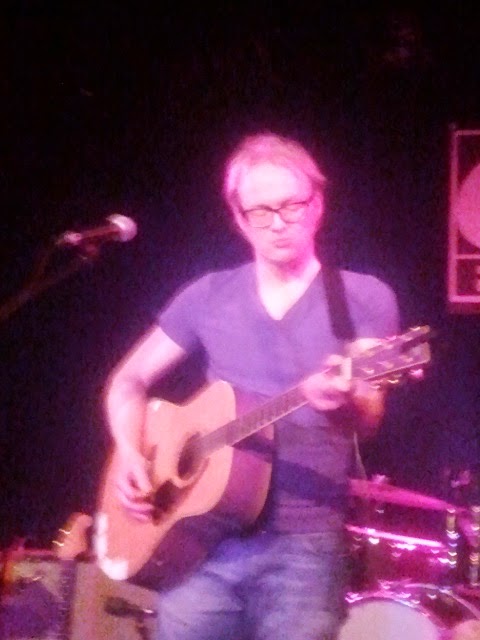 First on stage was Royal Parks for a singer-songwriter show of his songs. Royal Parks is Diederik Nomden a musician with a track record in a supporting role for artists like Johan, Daryll Ann, Awkward I and Ellen ten Damme and played in an earlier incarnation of Alamo Race Track. To sum up: Excelsior Recordings almost the whole way. He finally came around to make his first solo album called 'Royal Parks' in 2012. If anything the record proves that Nomden was ready for this step.

Royal Parks performed his songs in Q-Bus as a solo artist, playing either acoustic guitar or electric piano. In both contexts his songs came alive. His voice is extremely pleasant to listen to. Warm, firmly soft, with enough power behind him. In the right circumstances it might even be soothing.  His stage presence is of a pleasant kind of modesty. The surprise every time that he had to switch instruments was either nicely acted or totally genuine. So I decided to opt for the latter version. 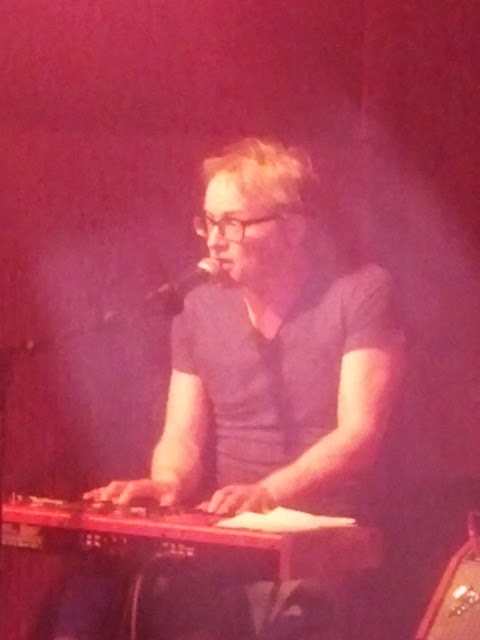 It is always hard to really judge a performance when listening to songs for the first time, but with Royal Parks I can tell you that they convinced from the very first. It even went so far that I agreed with my girl friend that Royal Parks did not need the two covers he added to his set. 'Willin' by Little Feet and 'How can I hang on to dream'. Let me add that I was very happy to hear the last one. We are entering an age in which songs from that generation of musicians can only be heard live through others. Tim Hardin died years back under sad circumstances, while his songs live on through inspired performances like this one. May you play it always, Diederik!

Royal Parks did two important things last night in the Q-Bus, entertain and impress me directly and made me curious for his album, which I would have bought blind had he offered it there. He didn't though.

The encore the limited audience asked for was well deserved. He played 'She' for the second time, after having been asked directly to play his personal favourite song from his set, having introduced 'How do I hang on to a dream', the song he played last in his set, as one of his favourites. Nomden played 'She' this time around on guitar, making it come alive even more as it was played in a every astute, direct way, with a lot of accents in the right places. Royal Parks is working on his second album. A singer-songwriter to watch and looking forward to its release.

You can listen to 'She' in a live version here: