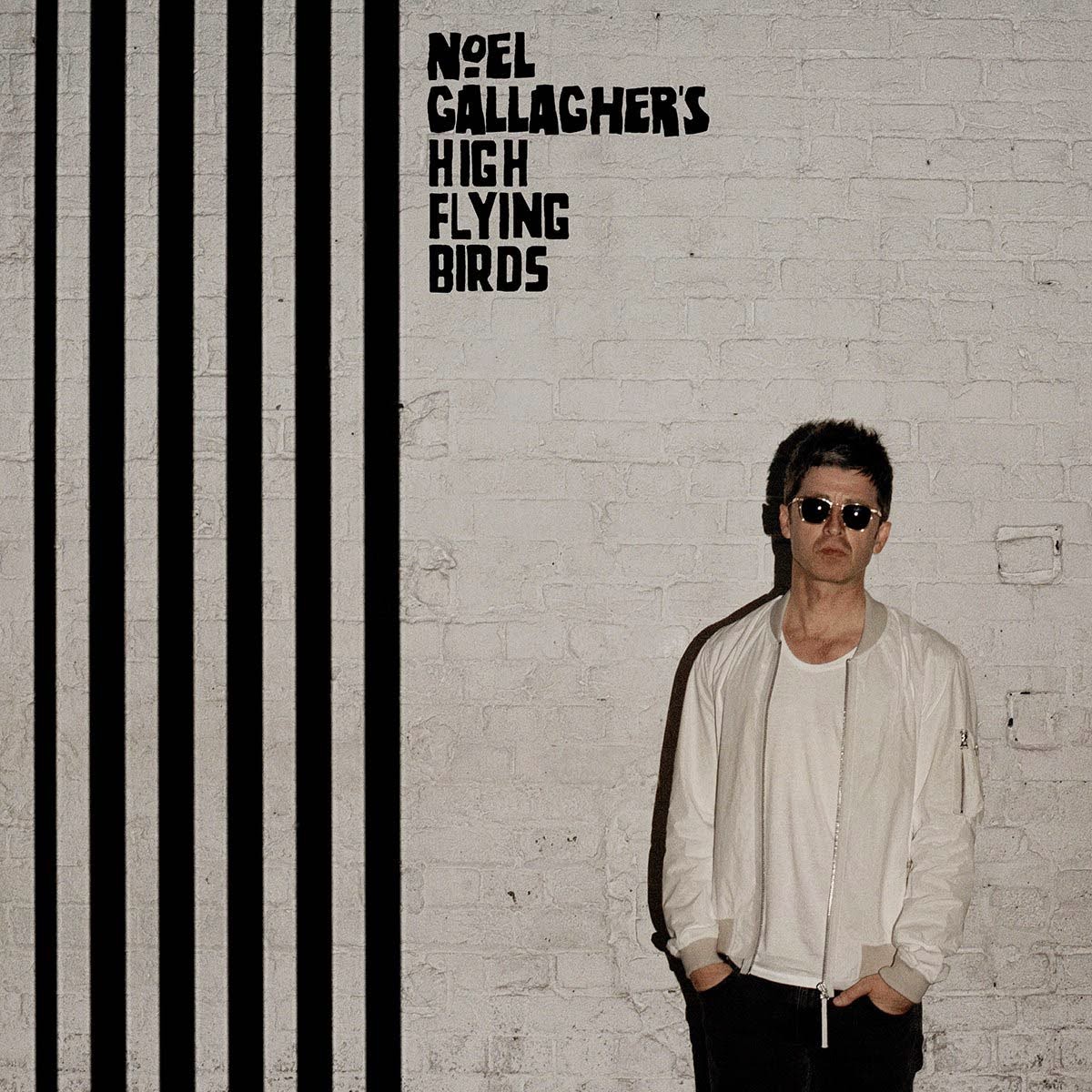 How high were my expectations for Noel Gallagher's second solo album? Well, to be honest, modest. And how large my surprise when I listened for the first time to the album on Spotify? Tremendous seems to be a good word to describe my pleasure. Noel Gallagher and his High Flying Birds, whoever they may be, delivered an album that comes close to the quality of Oasis's first two albums. Something the band never reached again after that. With Beady Eye out of service, all the hope of fans of Oasis like music is on the older Gallagher.

Erwin Zijleman on his blog 'Krenten uit de pop' wrote that he sees the stature of Oasis on the same level as The Beatles. I don't agree with him on this. Oasis is too much a copy cat for that and wasn't able to keep up a high level of musical output going for years on end. Too much a UK phenomenon also. They had their moments for sure, but none ground breaking or experimentally new. The same goes for Chasing yesterday. It's good but not new or cutting edge. By letting in other influences Noel Gallagher does deepen his sound and grows as an artist. It's here that Chasing yesterday becomes so much fun. A fest of recognition coupled to quality.

Chasing yesterday opens with 'Riverman'. 'Wonderwall' revisited with a layer of Pink Floyd added to the sound. Noel Gallagher has opened his taste to a lot more music or finally owns up to other influences than The Beatles. It makes Chasing yesterday so much more interesting for it. The spacy interludes in 'Riverman', the delayed guitar, David Gilmour style funky playing of acoustic and electric guitar and Dick Parry revisited on top of all. The mix is irresistible. Layer after layer in this song can be peeled away and still there's enough left to enjoy.

The surprise of the "na-na-na-na" intro of 'In the heat of the moment' is so large. A Kaiser Chiefs intro, but that's just the start. The second song of Chasing yesterday proves that we're in for a trip. This is so poppy and cheerful. Retro and sort of modern all in one. And then 'The girl with x-ray eyes' still has to start. I just love this song. The Mellotron sound, the forever descending chord procession. There's just no not-liking here.

Next we go up tempo with 'Lock all the doors'. A Gallagher rocker that competes with 'Rock and roll star' in sound and melody. This is how this was done circa 20 years ago and he can still do it, I'm glad to find out. This song is good. So that is four out of four.

'The dying of the light' is another very convincing ballad. Warm, a broad sound, with instruments popping in and out of the whole. The song however is a familiar sounding one. With 'The right stuff' Noel goes off the deep end and hits one of the peaks on Chasing yesterday. The soulful song reminds me as much of the slicker songs of Brian Ferry as early 80s soul, including The Style Council. Mixed with some strong drumming and a rock guitar Noel and the guest vocals by a set of ladies, make this laid back song into a success in a very un-Noel Gallagher like way. Maybe I'm amazed, but certainly convinced that 'The right stuff' works.

Later on in the album things change a little. Some songs come too close to existing ones in my opinion as it's easy to sing along, once I got myself around to what I'm hearing. The songs are great, but dangerously close. 'While the song remains the same' has a passage straight out of 'Van God los' by Belgian band Monza. The main riff of 'The Mexican' is a bit too lazy also, just like the chorus is to close to 'Whatever happened to my rock and roll', the, as in THE, song of Black Rebel Motorcycle Club. Obscure songs, perhaps, but still.

Noel Gallagher makes amends with 'You know we can't go back'. Another one of the successful rockers on Chasing yesterday. Not as direct as 'Rock and roll star', but the sophisticated sound of the keyboards in the back ground makes the song come alive, while the guitars and especially the drums make the song urgent as well. Just so well done.

It all ends with another surprise. 'The ballad of the mighty I' is another song that one doesn't tie to Noel Gallagher.  Long held keyboard chords, arpeggiated guitar playing, a disco drum in a non-disco song. The atmosphere of late 70s, early 80s disco is recreated in a rocking and oh so fluent song. The Cure style piano and guitar solo finish things off.

Where the singing is concerned let me owe up here that I don't miss Liam at all on this album. Noel's voice is just fine, now I've had some years of getting over the shock of no Liam. I am almost certain that Chasing yesterday is the better for it. Yes, I was surprised and for now Chasing yesterday is among my favourite records of 2015.

Beware to check out the deluxe edition as three of the added tracks (forget the remix) are truly fine additions to this album.

You can listen to 'In the heat of the moment' here: