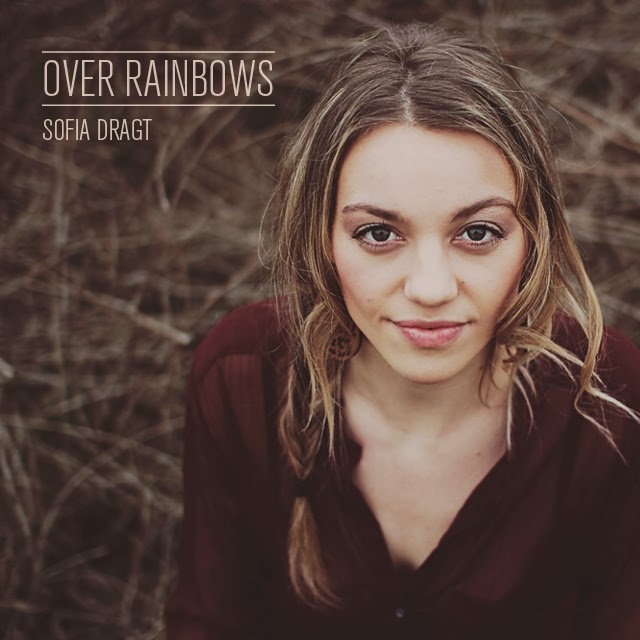 On a quiet Wednesday evening I took my bicycle out of the shed and headed for Scheltema, a former wool factory, in Leiden. A few decades ago I practised there with my old band a few times. All that is long gone, now there is a cultural centre which e.g. hosts a near monthly singer-songwriter evening called “Quite quiet”. An appropriate name for an evening with two singer-songwriters that play their instrument and sing. We could hear a pin drop, if someone had dropped one that is. No one did. It was totally silent for Sofia Dragt and Rogier Pelgrim. The concept is that each singer-songwriter plays a half set before and a half set after the break. Ten songs each. And play they did.

Both Dragt and Pelgrim participated in and won "The Great Price of The Netherlands", category singer-songwriter, competition, they both participated in the singer-songwriter TV show. They found out driving to Leiden together that they even shared the same singing teacher. And Rogier wants to go and live in the town where Sofia lives. We learned a lot in one evening, about what they have in common. We also learned about their songs. As Rogier is no stranger to this blog, and Sofia is a lady, let’s start with her.

I was immediately captured by her voice. It is sort of highish and is able to go up in register with ease. In general it was easy to follow what she was singing and get a first idea about the topics. For a young woman she sings about old and serious matters a lot. ‘Old souls’; a song on Alzheimer’s disease and the effect of the disease on an old couple. In the new song ‘Water is water’ she sings that from a drop of water an ocean can grow, in which she could swim away in and drown. Although she also sings that she’s not planning to do that, isn't it the thought that counts? Setting that aside, Sofia Dragt gives these lyrics an accompaniment in melody and playing on her piano that draws the listener in. I noticed that she plays the piano mostly with her hands close together. Dark notes roll from the keyboard. Played very fast in such a way that it is nearly impossible to distinguish between the individual notes. Like waves of notes. Not fast like Jerry Lee Lewis, but in a way I cannot describe better than that the notes were sort of bouncing off each other, like thunder rumbling in the distance. The closeness of her hands gave me the impression that she didn’t dare to explore the rest of the space on the keyboard. The few times she did, provided instant release, accentuating the higher (or lower) notes even more. In her singing she reminded me vaguely of Joan as Policewoman, but only fleetingly. One melody seemed to get to close to Joni Mitchell’s ‘Big yellow taxi’, before it took off in another direction in time. Ten songs that kept me captured. Well done, Sofia. I’m certainly interested in hearing more in the future and also would like to hear what the music sounds like in a band setting. While listening my mind filled in harmonies and instruments quite easily. Showing the potential of her music. Rogier Pelgrim started off with a few minor mistakes, but shrugged them off quite easily. When someone has the songs and the stories around the songs, can sing with such ease, there is no need to doubt one’s quality. Even if a chord gets picked wrong or an intro is temporarily forgotten. We all have these moments, but most of us don’t have them on a stage. The way Rogier Pelgrim presented himself, modest but pleasant, made the audience forgive his small mistakes immediately. It was taken on a musical adventure of a couple of nice songs. Pelgrim doesn’t need any flash guitar playing to draw attention. He has his voice and the melodies that are accompanied in a functional way. Before it knew it, the audience was singing along in the instructed places. “You can in a lower register if you like”, he said just after a Jeff Buckley inspired piece of solo singing in an incredible high range. (And yes, Rogier, singing along with the highest parts of e.g. Barbara Ann of The Beach Boys was fun while doing the dishes with my mother and listening to the radio a long time ago.) It was fun to hear a little about what inspired his songs. We met Yousef, who was the model of ‘Hey Joseph’ and heard about holidays in Brittany or living in Ede in general. It all ended with a Dylan cover, ‘Forever young’ and a story about a funeral. 100% acoustic in the room. The power of pure music was unleashed in the final song of the evening.

If this is the standard of Quite quiet, then it is worthwhile to visit more often. An audience that really listens. It must be great for the artist as well. The next one is with I am Oak and Bart van der Lee, 26 April.