The classic. Joan as Police Woman 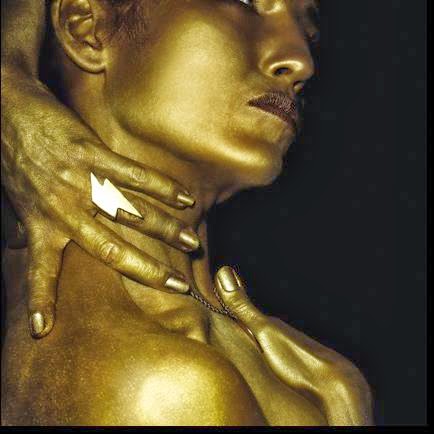 Whenever I read about Joan Wasser, the name Jeff Buckley is not far away. "Former girlfriend", recently even "fiancée" is added to her name. The question is whether Joan Wasser needs this reference in 2014. The answer is no. After the stunning 'Real life" (2006), released as Joan as Police Woman, the consolidating 'To survive' (2008), the playful and musically liberating 'The deep field' (2011) it is time for Joan's fourth album: The classic. And a classic record it is, as in class. Joan Wasser has found a perfect mix between the sound of her first two albums and the third: the possibility to let in all sorts of influences that take her away from the slow, deeply emotional songs that endeared her to me in 2006, while still honouring their spirit. Whether the ambition of the cover will succeed, Goldfinger, i.e. going for gold, time will tell; the classic deserves to be heard.

'The deep field' was one of my favourite albums of 2011. That means that The classic has something to jump over. Does it succeed in doing so? The first signs are quite favourable. Joan as Police Woman's latest release immediately found its place with me. That is a good sign for a new album by a liked artist. The first thing I noticed is that Joan Wasser is singing in her strength again. Where on 'The deep field' she allowed a shrill side of her voice to shine through, something that was not enjoyed by all people I know from personal experience, on The classic this has mostly gone. The slow, languid way of singing is back in most songs. A way of singing that makes the songs seem slower than they actually are. The contrast between 'Witness' and 'Ask me' on The classic, so to say.

The second thing that I noticed listening to this song set for the first time was the tremendous variety. Doo wop, soul, reggae, pop and Joan as Police Woman music, all come by and mould themselves to one coherent album. 'Witness' is of course an exuberant song. With its sharp accents on the organ and horns, it invites to make a body move. Followed by the up-tempo 'Holy city', a 2014 version of soul music. There is a great build up to the beautiful chorus. Joan Wasser is out on the very limit of her voice and comes away with it. The playfulness of 'Holy city' shows the growth as a songwriter she has made in this decade. At this point into the album, two songs, I knew that things were moving just nice.

The third song, title song 'The classic', is doo wop with modern beats. Something that totally comes as a surprise. Where does this out of fashion music come from? It gives a distinct flavour to The classic and authenticity. In 'Good together' Joan as Police Woman delves a level deeper, in a beautiful song with a great line: "Don't want to be nostalgic for something that never was". It is also at this point into the album that a third winning element comes really into view. The (co-)production and multi-instrumentalism of Tyler Wood. The warm notes of an Hammond organ are all over the first part of 'Good together'. Where it ends with a total guitar outing by Joan Wasser. Talking about a song being brought to a climax!

The classic keeps this level of songs and surprises up quite easily. The switch to the softness of 'Get direct' is almost unbelievable. Such a contrast. 'Get direct' is Al Green, 'Sexual healing', soft, mellow, with something lurking in the background of the elementary drums and the dark, brooding electric piano notes. Not all seems well. A feeling that is certainly continued in 'What would you do', that starts out with this question followed by "if you found me dying/dead"? Musically 'What would you do' is more filled up. Organ, drums, horns, giving the right mood to this dark song. A song that has a very surprising twist in the final quarter, providing hope: "There will always be a way out".

With a beautiful soul ballad nearly at the end of The classic, 'Stay', I can only sum up that The classic has endeared itself to me with the first spins. Joan as Police Woman has made a great new record in an oeuvre that is becoming more interesting with the record.