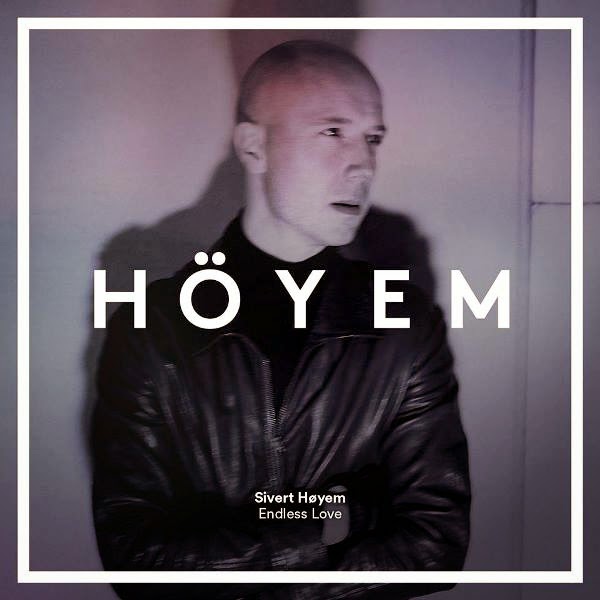 He's back, the chocolate dark brown voice of, Sivert Høyem, with a new solo album, Endless love. I have to admit that I seem to have missed one or two. Solo albums are nothing new to Høyem. He released one or two in the lifetime of Madrugada. It was only after the death of guitarist Robert Burås that he had to make a career out of going solo.

Madrugada became one of my favourite bands in the 00s. From 'Industrial silence' onwards I followed the band, including some great EPs, until that oddly black cd sleeve, that made me wonder what was going on and read that small message at the back. Unbelieve and shock for something that had happened months before. Sivert Høyem was the voice of Madrugada, a giant portion of its unique sound. The other parts were the otherwordly guitar sounds of Robert Burås. The final part was the mystery surrounding Madrugada's music. The emptiness and prolonged silences. So where does Høyem go with Endless love?

The title song gives a clear answer: a little Madrugada with layers of guitar, without the subtlety I was used to. Sivert Høyem does not just want to copy his old band. That graces him on the one hand but on the other there is this layer of magic missing in his music. The question is: does that lack sit in the way of me enjoying this album?

The answer to this questions begins with the fact that I truly enjoy hearing his voice again in new songs. His dark voice with the slight Norwegian accent won me over in 2000 (I think) and that never changed. It's just that I didn't really care for his solo albums so far. Listening to Endless love for several times that seems to have changed. The opening songs are really, really strong. The songs have the mystery that go with Sivert Høyem's voice. There may be a little less echo put on his voice, which makes the song just this little more worldly, the mystery is there. In music and lyrics "You want to know about endless love. Endless will break your heart". The last "heart" in the song sung like a sound between a sigh and a loud whisper. Like the final breath leaving someone dying.

The more I listen to Endless love, the more I realise how much I'm starting to like the album. That this may be the album that I was waiting for, but had given up on or just forgot about that I needed it badly. Many sounds are familiar, new elements added. There is more emphasis on keyboards, which makes Endless love varied and attractive to listen to. 'Handsome survivor' is a The Rolling Stones 'Exile on Main Street' worthy ballad. With great female voiced harmonies in the back ground. 'Inner vision' works perfectly in between 'Handsome survivor' and 'Free as a bird/Chained to the sky', which I love so much more. The lightness of this ballad is just excellent, the acoustic guitars making it sound very open. Together with 'Little angel' the three songs form classic Sivert Høyem ballads. The last one foreboding. Three ballads that could not be further apart in texture and mood.

If there is something that residents of other countries may not appreciate, it is how big Sivert Høyem is in his home country Norway. His last three albums all reached the #1 position there. Compared to 0 here in The Netherlands. None even charted. To be honest, Endless lover should chart here soon also, as this album deserves it. Fans of e.g. Blaudzun and Moss ought to enjoy this music a lot.

The album sort of peters out in the last songs, if I'm honest. Endless love is not the perfect album like 'Industrial silence' and 'Grid' are. It could have used two more up tempo songs and one or two less ballads. Next to that it doesn't have an über song like 'A dead end mind' or 'Electric'. Endless love does have 'Wat Tyler' on it, a song that is whipped relentlessly onwards, with all weird guitar noises that bubble on top of the rodeoride rhythm. There is an awful lot to enjoy on Endless love and as far as I'm aware -I missed an album here- Sivert Høyem is back on track with this album. An album that has its own moments of magic in abundance. Welcome back, Mr. Høyem!

You can listen to 'Inner vision' here.