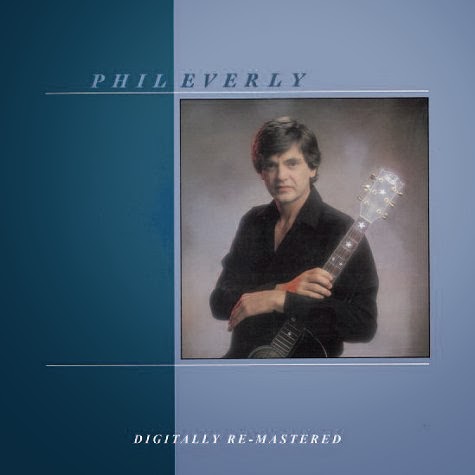 The Everly Brothers, a name from a long, long time ago, before the time I was even born, the last hits scored in The Netherlands before I, at least consciously, listened to the radio. And still they have all these songs that I know like forever, without remembering from when or where. The hits of The Everly Brothers were always there, without me being aware of being exposed to them. 'That'll be the day' and 'The price of love' I had heard first as hits of the brothers Everly, before having heard of Buddy Holly and before Bryan Ferry scored a hit with the same song in the second half of the 70s.

Before that there were all these famous songs: "Wake up little Susie', 'Cathy's clown', 'Bird dog', 'Bye bye love', 'All I have to do is dream', 'So sad', etc., etc. Songs that were sort of always there and are a part of my musical upbringing. Songs that brought me where I am at now and can always listen to.

At the same time I have never been a fan of The Everly Brothers. Simply to sweet and neat to my taste. It was the music of a previous generation. The sort of music that was unleashed on American kids right after the rock and roll revolution, in the hope to put the genie back in the bottle. No matter how good Don and Phil sing (together) the music is just to pleasant sounding for me to be interested in it beyond a few songs. And yes, of course, I hear who and what their way of harmonising has influenced through the decades, but that does not change my position on qualifying the music of The Everly's. Yes, great hits, that I love to listen to or sing along to every once in a while, but no, not as a real fan. So let me end with a personal note.

In 2000 the band I played in, a good old rock and pop cover band, was asked to play in France, near Auxerre, for a relative's party. The gentleman was a great fan of The Everly Brothers, so we did one song with the band and two as an acoustic trio. 'Bird dog' remained on the set list. It is so much fun to try for and make the Everly's harmonies as perfect as possible. One of the other songs was a ballad. The title eludes me at the moment. (It was 'Let it be me'). For "real" singing this one was a top song to do. I have never looked at myself as a singer, but seeing the song back on video when we were home, I just knew we did quite alright there in Moneteau. (Next to a lot of fun on the local campsight and a great fireworkshow on music on 14th of July over the Yonne river at dusk. Life could be worse.)