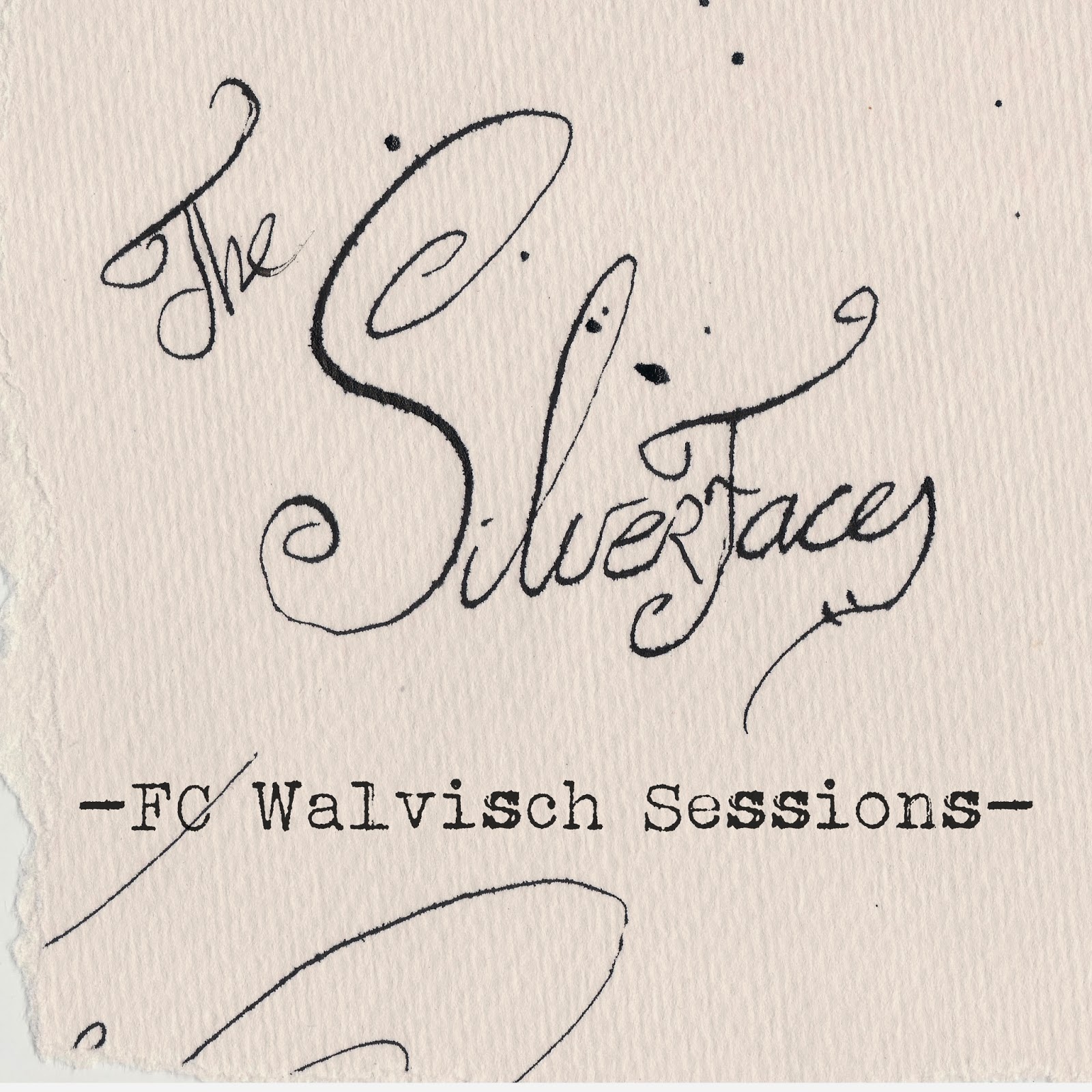 It is not everyday that my girlfriend says to me "I heard a band yesterday that I think you may actually like". She saw a band of youngsters on Dutch talkshow 'De Wereld Draait Door' that got one minute to play a snippet of a song. Googling it later that night, it turned out that she was right. 'Thoughts of you' can be seen there in its entirety as a sole clip or as part of the program, where The Silverfaces play one minute of the almost 6 minute song. The next step was easy: download the EP at the band's bandcamp site.

The Silverfaces is a band I can not find a lot about. Its four youngsters, the rhythm section of two girls, a guy on organ and a singer/guitar player. They know each other from the Herman Brood Academy, are a band since early summer 2013. The tv show was only the fifth show they have ever done. The confidence in playing is stunning to be honest here. (Click here) The music goes back to the late 60s first rock bands, but there is even a hint of The Dutch, the mid 80s Amsterdam band, that scored a minor hit with 'This is welfare'. The Silverfaces are totally rock oriented, with some slight psychedelic overtones, mostly due to the organ sounds going on behind the dominant guitar.

'Thoughts of you' is the first track of the EP. An explosion of a song with a strong riff and a great guitar solo. The warmth of the organ in the song is great. The Hammond B3 sound is all over the place. Another reference I have to mention here is The White Stripes. The Silverfaces have the same rock infusion in its sound as Jack White has, but it is also in the singing. The tear in the rough voice. 'Thoughts of you' is a very convincing kind of song. And it does not stop there. The organ almost straight away jumps into 'For you my love', which I think is an even better song than 'Thoughts of you'.

'Look into the dark' brings the tempo down. This time with an electric piano. Pink Floyd, Led Zeppelin, you name it, it's in there. Something old in something new. Something else surfaces also here. The supple way in which the rhythm section provides the back ground. The two ladies provide the exact right backing to make this music a whole. One of them harmonises lifting 'Looking into the dark' another notch up.

Listening to FC Walvisch sessions (FC Walvisch is the name of the recording studio) I have only one concern. The voice of the singer. The band may have to consider another singer as this voice may not hold out over time. It sounds very strained already and the band is only a half year under way. Having said that, this kind of voice is exactly right for the music, but could use just a little more depth and variation. Time will tell.

If The Silverfaces can come up with more songs at this level of quality, I do not see why it cannot go in the same direction another Dutch band with sixties overtones, DeWolff, has gone already. The Silverfaces at this point in time seem to have the better songs, DeWolff the better guitar player and singer. I'm very curious where this will be going over time.