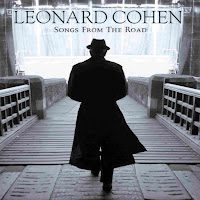 Leonard Cohen is ready to die, it read with the release of his latest and now last record while alive. It sounded final and resigned to a fate coming soon. In a subsequent interview I read, he said that we should not take it so literally and that he would like to live up to 120. That was not to be. 'You Want It Darker' is his last album. It seems he knew more than we did and wanted us to know.

In the last years of his life, Cohen has released several records to critical acclaim and toured the world a few times over, collecting the fame that was due to him as one of the original singer-songwriters of the past decades. The (amount of) success, even it came from a negative reason for Cohen himself, came perhaps unexpected, but not less genuine. With a fantastic band behind him his repertoire came alive again, with the aged bard talk-singing his famous songs.

Leonard Cohen was a name to me in the 70s. That was all. I did not know one single person who owned one of his records. I discovered his music as a student. From friends and dormmates who had his records, which I then taped or bought second hand. Probably from the same one who tweeted today about his highschool parties where 'Songs From A Room', side A, was played, five times in a row. The parties I was involved in were slightly different at the time. I never became a real fan. I heard the quality of his songs and the strength of his imagery, but it never went beyond that. After my student days I sort of forgot about him again.

Like most of the rest of the world, Leonard Cohen shot back into my concious because of that fantastic cover version of 'Hallelujah' by Jeff Buckley. One of those covers that go way beyond the original. A song of love, demise and hate. That thin line between states that Cohen was so good in describing.

Unfortunately I have not seen him perform when I had the chance. I do have the 'Live In London' dvd. In his late 70s Cohen is a gracious performer, a ladies' man down to his pores. A charmer who's demised powers are easily concealed because of these charms. It is very likely that his music never sounded better on stage. Nothing was left to chance where his legacy is concerned. These shows are available for ever and will stand the test of time as Leonard Cohen's songs are timeless. Am I sorry I did not go? Yes, very much. The performance is so strong and the songs so good and varied. Having reached a riper age it was time for me to re-appreciate his music.

This morning the news came that "the ladies' man" is no more. Cohen has lived a full life. A life lived in very different ways and outcomes. A writer, a poet, a lover, a singer-songwriter, a Buddhist, an aged rock star. When knocking on heaven's door many a God will be there to welcome him in. Please sing for us that one beautiful song. Each will have its own favourite, just like we all do.

The cover of the final live album is so true for this topic. Leonard Cohen has crossed the bridge between life and death. Ready, so with a firm pace, shedding his age, ready for whatever next phase.