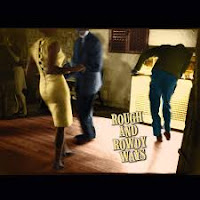 And there it is, the new Bob Dylan album filled with originals. If I had to do with one word: awe. That word does tell it all. A Dylan fan for real since the mid 80s and 'Desire' in 1976, I have travelled highways, byways, scaled mountains and travelled deep, desolate valleys with mr. Dylan since then. We have reached another peak.

In past few months three songs have been shared with the world announcing Rough And Rowdy Ways. All three gave me the same impression: this is going to be an extremely worthwhile Dylan album and they proved right.

If anything it seems that Bob Dylan in his late seventies is settling his accounts. The lyrics are filled by past events, heroes, colleagues, writers and movies. Even the first single given to me by an aunt on my first birthday comes by, 'Hello Mary Lou'. And its b-side 'Travelling Man' later on on the album'. I am able to drop names just as well like Dylan can, but that is beside the point here. What makes his lyrics here so impressive, is that he connects them to his own life, experience and believes, in his inimitable and visionary way. St. Augustine was song about in 1967, the 'City of God' is there on the hill in 2020. "I am no False Prophet, I just said what I said", that is a clear message to the man shouting Judas in Manchester in 1966 and to all others who wanted Bob Dylan to be something he did not want to be. 'False Prophet' is full of these reflection. A rough and rowdy rocker with New Orleans extra's in the rhythm. A song with a determination, a song with sharp teeth and claws, a song spelling do not come too near of me. A song that settles the score for once and for all.

What is also clear is that Dylan wants us all to hear and understand what he is singing. Every word is clear, no matter how hard he croaks, his articulation and timing is perfect. Some people say that words are not enough. There's a lot of discussion about the lack of music on Rough And Rowdy Ways. Yes, it isn't as exuberant as 'Blood On The Tracks' and other top albums of the past. Listening to this one, especially with my headphone on, a wealth of music and melody opens itself. Dylan is with me, crawling into my head to deliver his message to me personally, word for word. By the song I am more and more impressed. Excepting the 'The Bootleg Series' albums of the past two decades, I haven't bought one Dylan album since 'Love And Theft', which I did not really like. All the albums just didn't seem to really interest me. On this album all the styles he worked out on these album, originals and covers seem to come together in a grandiose way. A rowdy rocker, a soft, Caribbean ballad, 16.55 minutes of non music and still it works. In a few cases even as in up for a spot among his most favourite songs. In fact, I realise that Dylan never was the strongest musician where melody was involved, there was just more "noise". No, the difference is mostly that most songs here are bare. There's nothing here what he doesn't need. 'Mother Of Muses' is musically bare and yet I can listen to it all day. It is fragile and that is all it needs. "I'm travelling light and I'm slowly coming home', another hint? That is to be taken musically literally too.

The slow blues 'Crossing The Rubicon' and the ballad 'Key West (Philosopher's Pirate)' end disc 1 and do it in a great way. The latter is contender for the best song on the album. 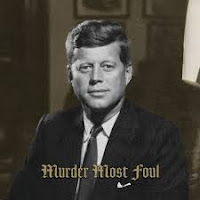 'Murder Most Foul' received a disc of its own. Unnecessarily length wise. not special wise. The song deserves its own disc, to be set apart from the rest. It is a piece of art in its own right. Nothing happens, it seems, the music is extremely delicate, underscoring Dylans fragile croaking voice and yet I cannot turn away for a second. Each time I listen I'm mesmerised by the story, the sadness of Kennedy's assassination and the exciting times that came soon after. I was too young to fully comprehend what was going on, but the long hair and the songs were exciting and initiated me into the lover of music I am until today. Music by an old hero and by young bands that excel in 2020. Rough and Rowdy Ways is very welcome and will be played for quite some time to come. Another contender for record of the year. It is getting very crowded there and the year has only just passed the half way sign. A year that everyone wants to get over with and forget, musically though that is a different story.

I hope that on the moment just before I publish my review I do not have to read that Dylan has passed away, like with Bowie and Pau Donés of Jarabe de Palo recently. It would be the album to allow for that. Bob Dylan seems to be saying all he has left to say: "I hope the gods go easy on me" and "I made up my mind to give myself to you", he sings in the song with that title. That is signalling towards the end. At 79 Bob Dylan has entered his twilight years with a fantastic album. With the Never Ending Tour grinded to a halt due to Covid-19, it is a questions whether it will be resumed.

To end. All that talk about the "new" Neil Young and new Bob Dylan. There's simply no comparison. 'Homegrown' would have been an average album in 1975 compared to the just released 'On The Beach' and the somewhat older 'After The Goldrush'. It can't even match 'Zuma'. What makes 'Homegrown' so good is that it is such a welcome album 45 years later. The Neil Young his fans love best. Not so Rough And Rowdy Ways. This is a truly new album and fully inspired. Bob Dylan is on the top of his game. Just a nice record, Oor?, if this would be the last one? You did not listen well enough. This album is his best since 'Desire'. No discussion. Period!