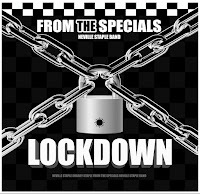 Are there more singles being released in these Corona/Covid times? Or is it that I notice them more having always focused on albums? I can't tell really. Fact is that I notice a lot of singles and a lot of them are so good that I decided to pay more attention. This week there are so many that I decided to make two iterations of this series to make sure to get them all noticed. Here's Part 1.

Lockdown. Neville Staple Band
39 Years ago three men were sitting in a car pretending to be driven through an empty town in lockdown, "all the shops have been closed down". One of the three men was Neville Staple. Little did his younger self know that he would be singing about an actual situation in 2020. After 'Living In A Ghost Town' of the Rolling Stones, that lent a little from The Specials, the Neville Staple Band sings about Lockdown. Of course in reggae rhythm in the best The Specials tradition. The diverse vocals, the rhythm, the trumpet moving in and out of the tune. It's all there. All together they make Lockdown a song that is extremely pleasant to listen to, even if the theme is one the world can't wait to get rid off. Neville Staple captures the mood of lockdown in the right way. Dark and brooding but not being able to wait to move and party to the music. The virus rules for now, no matter how hard that conclusion is. Lockdown is a worthy follow up to 'Ghost Town'. 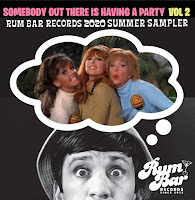 Fourth Love. Justine and the Unclean
A leftover by Justine and the Unclean, released as a single from the Rum Bar Records summer collection 'Somebody Out Here Is Having A Party, vol.2'. With the song the band is influenced by another genre than usual. My first impression is that I'm listening to an outtake from The Bangles. The result is that I'm sort of torn in two here. The vocal melody is not the best I've heard from the band in the past two years, the music though is simply completely right. The guitar intro promises a lot and the little solo in between is just right, as is the sound as a whole. The result is a bitter sweet tune that attracts and pushes away. In my ears Fourth Love is not a winner but does come in line with a song like 'Manic Monday', with a far better guitar solo (deserving a better song). 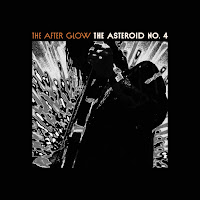 The After Glow / Northern Song. The Asteroid No. 4
A band calling itself The Asteroid No.4 better play some heavy, spacey music. I'm not disappointed here. The After Glow is very far out there. From modern psychedelic acts like The Black Angels to deep psych cuts from the 60s 'Setting Controls For The Sun', it's all in there. The overdubbed vocals sing slow and vowels are long, drawn out. Long held, heavily distorted guitar notes colour in the music, while a drum and bass keep the sluggish rhythm going. The result is totally psychedelic. Even in such a way that when a chord change announces itself it almost comes as a total surprise.

This band is around for a long time it tuns out. The upcoming album 'Northern Song' is it 10th. Since 2011 the band resides in the former psychedelic capitol of the world San Francisco. Whatever it was in the water there, it still hasn't lost anything of its potency.

The b-side Northern Song is more traditional. The Byrds on lsd. It is more a folk-pop song in disguise, making it more recognisable as a song but also one that can join in all songs like these of the past 55 years and claim a position there. The Asteroid No. 4 know how to write a song and mix The Byrds with The Moody Blues in the right way. Interesting development that second influence that presents itself halfway the song and I did not see coming. 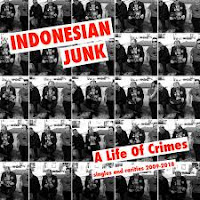 C'Mon And Love Me. Indonesian Junk
Indonesian Junk is another Rum Bar protégé band, with an upcoming retrospective of it career in the past 10 years. A single has been presented announcing the best of album. 'C'mon And Love Me' is a dark rocking song befitting the Rum Bar collection of records. The kind of song that makes every protective father reach for his proverbial shotgun (at least proverbial here where I live) and drive the long-haired, up to no good, aggressive sounding singer away from his lovely daughter. In other words Indonesian Junk hits the rock and roll bell in all the right ways. Hard, tough and a little rancid on the side. The singer sneers his invitation to love him. The loud guitar underscores his sneering. The drums pound on the door to open up and don't hesitate. In these days of #MeToo undoubtedly all elements that are not politically correct will be scrutinised. No matter how direct in sound it is a request and I can imagine voluntarily opening of doors and consent here. It is rock and roll and many people like it like that. 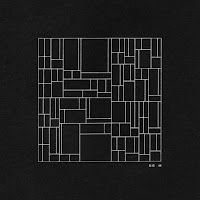 Dig In. I Like Trains
I Like Trains, another band I have never heard of before. The band from Leeds started in 2004, has released three albums before the upcoming 'Kompromat', its first since 2012. Dig In is a nervous sounding song with influences that range back into the 20th century. Fischer-Z like synths sound out, dark vocals depicting something like despair. Dig In is a haunting song. Without being extremely fast, it makes me feel uneasy. The accents made by the guitars left on the 1 and 3 and right 2 and 4 makes for uneasiness. It also leads to paying attention. The synths laid over the whole is almost like a band aid for the troubled mind. All together makes Dig In sound like a statement. I Like Trains is here and you better pay attention. Yes, I'm definitely interested to hear more later this summer please. 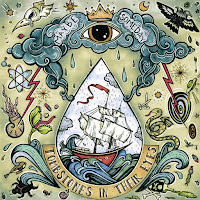 Maybe Someday. Tombstones In Your Eyes
What's in a name? Let's not go into the band's name, but let me suffice that it sort of blocks any breakthrough I'd say. That aside, the single itself is worthwhile a listen or two and more. Again we move into modern psych music. Bands that manage to give the impression that songs are endless and the notes and chords drawn out even longer than that. The effects used on the guitars and the long held organs/synths together with the slow singing, deeper into the mix all take care of that. Because of these effects songs can be very elementary like Maybe Someday is. It is one chord progression over and over. Still there's so much going on within that progression that the melody becomes slightly addictive. And in flies another distorted guitar allowing me to sore along with it high in the sky overlooking and understanding it all. Well, maybe someday.

B-side 'Can't Feel It Anymore (Junkie Version) is just as trippy but also somewhat more direct. A junky needs to score, right? Mission accomplished it seems listening and reading the title. Anguish it is though. What a guitar solo! A psychedelic song can be very direct in this sense. 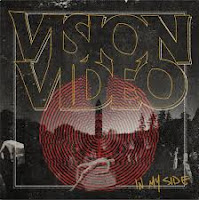 In My Side. Vision Video
The 7th single of this week. A pattern is clear though. Singles that reach me are all by (older) bands making/recreating music from the past. Vision Video, with its first single, brings me back to bands like Big Country. Bands from the mid 80s with huge sounds led by four young Dublin lads called U2. They were to become the lasting ones. Vision Video is of the more direct sort mixing Big Country with The Smiths. Vocals that sound like the singer is in deep anguish. The music makes sure that his anguish becomes deeply felt by all. A broad mix that is compressed to make it sound like the voice(s) and leading instruments escape the whole. B-side 'Inked In Red' more or less does the same, slightly faster and more direct. Of the two I like it better. I am still undecided whether In My Side is too classically 80s for me. I do tend that way, but then a single always was the right format for me with bands like this. It would be a real surprise if I was to like the whole album coming later this year.

Vision Video is from Athens? Being European I automatically thought of Greece's capitol, but no, it's Athens, Georgia, U.S. Nothing to do with REM or the B 52s though. These influences all come from the U.K., from days long gone by. Is there nothing really new any more? (that I like).