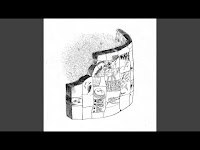 It's been a short while only but the singles keep pouring in. Wo. presents another number of them and delves in deep to share his thoughts and feelings with you. There were times that a single was everything and youths could not wait to hear the next single by their heroes. Now a single is something put unto Spotify to announce an album. Charts have not much to do with sales any more. Does that mean a good single has lost its power of attraction? It does not. It remains the best and shortest way to attention. The radio is just no longer the only option to hear a new song for the first time. Like many others in the series this one was called 7 singles but things kept happening before finishing the writing....

Medic. Price
Medic is the new single by the band Price from Groningen and Culemborg. Frontman Martijn Visscher is active in Korfbal and FisscherPrize. The two songs on the single are the announcement of the band's first album called 'Timesaver' to be released in November.

The two songs on the single show two faces of Price. The first a nervous alternative rocker with those little prickly accents in all the right moments. The song keeps driving the listener onwards towards an imaginary finish line he can only hope to arrive at. The song is not a pleasant experience but is simply right. From Gang of Four in 1980 to Franz Ferdinand in 2004 then taking in some alternative, modern, yet in its own way melodic rock like Canshaker Pi excelled in. Mix it all together and out comes 'Medic' and b-side 'Brick'. Although 'Brick' is a more empty song, that is until it explodes around the 4 minutes point. Both songs show how easy it can be to delve into the past and come up with passionate new music. Price does it in these two alternative rock songs that promise a nice album later this year. Once again it shows the high level alternative rock from The Netherlands is at these days. 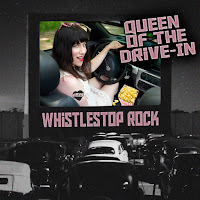 Queen Of The Drive-In. Whistlestop Rock
In time of Covid-19 everything changes. Even the drive-in has returned in full glory as people can watch movies safely from their cars. Who would have imagined just months back? A host of lady musicians from around Boston have decided, while socially distancing, to create a single together, lauding the drive in and the privacy allowed there, in the darker spot "and rub together till we see sparks".

This song is beyond perfect pop. The ooh-ooh-oohs are so extremely sweet. The pop sound of decades ago is played perfectly in a new song written by Simone Berk and Linnea Herzog. The three and a half minutes song allows for great singing, playing and guitar solo. Somehow I can listen to it for forever. There's nothing complex, just the pure pleasure of playing and singing about an activity that has become almost prohibited. The ladies call it an "ode to summer". I call it an ode to life. Simply because songs like this make me feel alive and then some. Thank you Justine (and the Unclean) for sharing this great song. 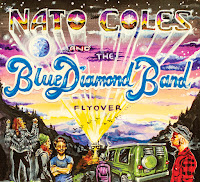 LP's Yard. Nato Coles & the Blue Diamond Band
Unfortunately some releases escape me. I was certain that I only had a single by the band. It turns out there's an album. I will check it out soon. First this single released in March this year. Nato Coles is another band released through Rum Bar Records. The music is straight U.S. rock from the 80s. A little Springsteen, a little Bryan Adams, though Canadian, John Mellencamp, that sort of rock. Artists I'm not a particular fan of. What Nato Coles and band does is lay another kind of melody over it. Not unlike Slobberbone did in the 90s. The combination makes for an irresistible musical mix. Melodic, duo tracked guitars and a fun chorus. That pop element, that Bryan Adams does have in his best songs, gives LP's Yard that little extra. Just listen how the lead guitar kicks in during the intro. The piano entering is pure Roy Bittan, lifting 'The River' single to great heights and Bowie's 'Station To Station'. Nato Coles and the Blue Diamond Band combines my favourite elements of U.S. rock, making me very curious what 'Flyover' sounds like as a whole. Chances are that these are not the last words on this band. 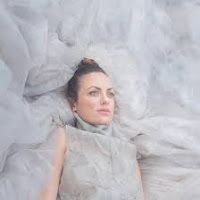 Above The Fray. Fridolijn
Fridolijn is about to release a maxi single called 'Chapter One'. As the first two songs already came by as singles in this series, 'Truth Or Dare' and 'Merry Go Round', I focus on the third song now released, but not before sharing with you how nice the collection of these three songs is.

Above The Fray is another serious and somewhat mysterious song. On the one hand there is a frivolous sounding piano in the verses (and a dark one in the instrumental part) on the other there is a mysterious part reminding me of Kate Bush, when she still made regular songs, so roughly the first three albums. Above The Fray starts nearly empty, to be joined by an acoustic guitar or two. The double tracked voice stresses certain sentences. The electronic elements give the song its slightly eerie atmosphere. The contrast between the two elements makes Above The Fray so interesting to listen to and give it true attention.

'Chapter One' as a whole shows the interesting path Fridolijn has started walking on. Three songs with a promise of much more to come in the future. 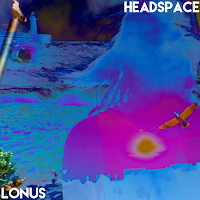 Headspace. Lonus
An email reached me with the request to write on a debut single. So that message at a minimum can count on a sympathetic ear. A first single is special for any artist/band. Lonus is a musician/producer duo, Simon Reyners and Sander Villers, that makes psych pop in their own words. It is an adequate description. The psychedelic part is in the singing and some of the instrumentation that never seems to continue in a straight line. The pop part for the most part is modern and can be put in line with what my girlfriend likes to hear on the radio and what Belgian singer/songwriter Lizzy sends me regularly.

All this puts Lonus' music on a dangerous edge where my musical tastes are concerned. No, I would not be running to the music shop to buy this but Headspace does meet a sympathetic ear and not just because of this being the first single. The melody is nice to listen to and several of the elements in the song itself work well. All together it is so easy to listen to. 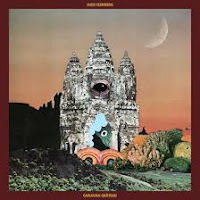 Lady. Alex Izenberg
Lady is the third single released by Izenberg this year. All three have been collected on a new maxi single called Lady. It is an extremely different affair from other single reviewed recently. That makes the contrast more remarkable. My first inclination was not to write anything but I changed my mind about a minute into the song. In a way it is so weird that it is worthwhile listening to it only for that reason, but there is more. The song starts with a subdued re-working of Dave Brubeck's Take Five'. So it has an unusual time signature for starters. From there layers of samples, weird sounds, certainly psychedelic and a vocal, that is as weird as the rest of the song, are added. "Take Five" keeps it all together. Izenberg's voice is not a pleasant one and has trouble to keep the melody it seems. Then a guitar takes over and plays a solo that could have been on an older Stones album from around 1970, but that is far from all happening. There's much more. Hearing is believing. 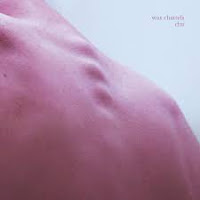 No Ties. Wax Chattels
From a subdued song filled with loops and samples to completely bare rock and roll. In New Zealand this single is a long awaited event. For me an introduction. The busiest, distorted bass in rock business spews out notes and chords. The drums just pound and pound and a light sounding 60s organ plays a modest melody. Over it lyrics are sung and spewed in classic punk style.

Listening to the drummed intro, furiously, gives no clue what to expect except balled energy. That is what No Ties is. No one goes over board here. The music is contained within tight rhythms. Not even the angry part in the lyrics is allowed to escaped the rigidity of the rhythm and metrum. The result is a loud but certainly impressive two minutes single. 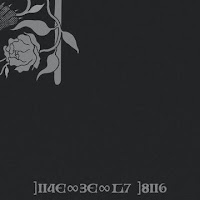 And You Invade Him / Born In The Blood. Joshua Burnside
Two months ago Joshua Burnside debuted on this blog with a mini album filled with folk songs. He returns with a new single with a double title. Again folk music is what he presents but of a kind that would make it hard to recognise for traditional folk artists from long ago, if they could be brought to life somehow and listen to this song.

Electronics, some sampling, vocal treatment, it all found their way into Burnside's new song. It gives the atmosphere a dark vibe and a somewhat angry background. The start, And You Invade Him, is 100% experimental not a song but setting the tone. This is not about getting a song on the radio because that part will most likely fail straight away. When the song comes in, there are resemblances to modern folk artists, were it not that Burnside paints the Born In The Blood part in a dark black way. But please keep on listening as Joshua Burnside fleshes the song out into great and impressive proportions. There's no understating here. The end is small again and full of electronically treated voices over an acoustic guitar. For those with a less experimental streak there's the radio edit called 'Born In The Blood'. All other comments remain valid though.

For those loving their folk slightly more traditional keep listening as Joshua Burnside provides that as well on the maxi single. One of the songs is even called 'Whiskey Whiskey'. That should even make those revived folkies of old feel better.

Criss Cross. The Rolling Stones
The surprise came in the way of an announcement by The Rolling Stones. No, there still is no new album. Will it ever come? The world is awaiting it ever since 2005. No, 1973 album 'Goat's Head Soup' gets its revamping, including three new songs. One of which being Criss Cross. Now 'Goat's Head Soup' is the album containing their last major hit 'Angie', nothing came close afterwards and the raucous and scandalous 'Star Star', originally even more scandalously titled.

So, enter Criss Cross. It is a typical song by The Stones 1973-1974 era. Instantly recognisable with all the elements that make 'It's Only Rock And Roll', 'Tumbling Dice' and 'Star Star' work as singles at the time and are still welcome songs in the band's shows. Criss Cross is somewhat more funky because of the electronic organ (Billy Preston?) and the typical Stones rhythm guitar. It does sound very similar to 'Brown Sugar''s though. That may be the reason the song was shelved in 1973. In my opinion it would have worked on the album.

So, is this a matter of 'Homegrown', Neil Young's "new" album, and I'm simply happy to hear unreleased music by a favourite artist from 45 years ago? Yes, in the end the same goes for Criss Cross. It is very welcome, but not the best song from that era of the Stones, mysteriously not released like Bob Dylan tended to do at the time. But hell, it's nice to hear!