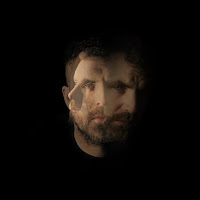 The attraction of this record starts with the beautiful artwork. The multishots of Flannery and the Rembrandtlike lightning gives the cover a mysterious sheen, almost ghostlike. A creature that can see all, the suggestion given in the dark as well.

The darkness surrounding Mick Flannery is well chosen as the music on 'Mick Flannery' is just as dark. Not all songs on the album are written from an optimistic outlook on life. His voice is dark and full of hurt and sadness. In short adding things up it is a perfect combination for the sort of music presented on 'Mick Flannery'.

Having said that, there is enough to enjoy, with some little surprises woven into the songs. In the soft starting opening song 'Wasteland' the atmosphere swells and swells with loads of strings and the speeding up of words, as all of a sudden Flannery has more to share with us than logically possible, surprises me because it almost sounds like a rapper joins the song. The lyrics "I want to be remember as someone who was fun to be around", sung with an ashen voice, may prove to become something of a challenge. The song itself is instantly interesting and draws me into 'Mick Flannery' without any trouble. Yes, this is serious stuff, but worthwhile the investment of listening.

I will not go as far and say that all songs have this effect on me but it is easy to make it to the end of the album every single time. When listening superficially to this album, it can seem it is monotonous. When listening with the attention it deserves, a world opens itself. Soft-toned horns adorn a song, a soft plopping bass graces the background. A piano can tinker away ever so subtly colouring a song in in a pleasurable way. Mick Flannery is a man who loves details to come together.

Mick Flannery is from County Cork in Ireland and has just released his sixth album. An album that is serious, contemplative. An album where influences range from contemporary singer-songwriters like Passenger, Villagers but also the acoustic Bruce Springsteen is present in the storytelling and acoustic guitar playing. With his rough edged voice Mick Flannery is able to put some extra passion into his, often subdued, singing. He needs no storm to make an impression.

'Mick Flannery' is the kind of album the listener needs to invest in. Do that and Mick Flannery's musical world opens itself for you, in full bloom and all.