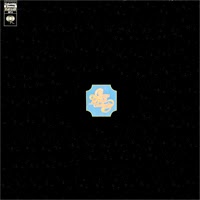 Over the coming weeks a few old records will be reviewed of bands that scored a hit in 1968 - 1969 that I knew the single of, but never got around to listening to the albums at the time nor later. I started off this series with Spooky Two by Spooky Tooth. Next in line is the debut album by the band that would become famous and a great hit machine under the name Chicago, but made its first album under the name The Chicago Transit Authority.

CTA started as a band under the name The Missing Links in 1967 in Chicago. When the band was signed to Columbia late in 1969 it changed its name to CTA. Producer James William Guercio had discovered the band and having already worked with Blood, Sweat & Tears (two hits in 1969) CTA was a logical band for Guercio to start working with. CTA was a big band, seven people in all, with a horn section and three alternating lead vocalists. The band played a mix of rock, soul and jazz. Copper is being thrown around all over the album. Lee Loughnane on trumpet, James Pankow, trombone and Walter Parazaider, woodwinds. They played percussion and do background vocals as well. Underneath all this loud blowing the firm drums of Danny Seraphine and the bass of Peter Cetera lay down a foundation that allows them to excel. The organ of Robert Lamm lays down accents. What is left is the erupting rock guitar of Terry Kath, that can go off at any moment straight into uncharted territories.

CTA is a debut album. The more surprising is the fact that originally CTA was a double album. The artistic freedom artists had around 1969 was amazing. I once read that record company executives just didn't know what was going on any more and more or less allowed anything around this time. If it's true CTA attests to this story. CTA laid everything it had on tape. From the jazzrock of 'Introduction' to the balladry of 'Does anybody really know what time it is' and 'Beginnings' to the full out rock instrumental intro 4 minutes of 'Poem 58' and 'the totally out there 'Free form guitar', that freaks around for no less than almost 7 minutes. Sounds that may have made Jimi Hendrix jealous. Fact is that we can still listen to this freaking guitar playing today. For what it's worth, but still. That Guercio had heard right was proven by the fact that CTA rendered five hits over two years time in the US and had a 171 week stint in the Billboard chart, probably shifting millions of units. Facts and figures that make this album monumental.

That CTA at the basis had some blues in it as well is heard on 'South California purples'. A lazy sounding blues riff that is enhanced by the horns (with a small The Beatles reference, as a lyric line is snatched form 'I am the walrus'). The main credits are for Robert Lamm. He's responsible for most of the songs. Two are by Terry Kath and two for Walter Pankow. Amazingly enough Peter Cetera is just the bass player at this point in time. The more surprising is that Lamm does not take a prominent role musically. He lets the horns and Kath do the soloing.

Time for the CTA's only hit scored in The Netherlands, in 1969. 'I'm a man' is played fairly recognisable. The guitar playing is a lot louder and wilder. Kath goes out on a limb given half the chance. Showing how fast he can move his fingers around the fret board. The CTA version of the Stevie Winwood/Jimmy Miller composition is energetic and tight. If we think away the percussive interlude on the album version that is. This is a hit song. What is more surprising is that the two ballads mentioned earlier, which were the big hits stateside, didn't do anything over here.

There is some sort of protest heard in the 'Prologue' of 'Someday' both with (August 29, 1968) behind it. Rioting at the national Democratic Party convention in Chicago with police and national guards roughing the yippies, rioters and news people up. CTA clearly makes a political statement here by including something of the proceedings on its album.

It all ends with the upbeat 'Liberation'. The song sounds very 60s. The organ sounding like a vague mid sixties disco track from a second rate French porno movie. This disappears because of Terry Kath's guitar ripping the mellow mood apart. 'Liberation' is a near 15 minute song, that goes all out. An experiment the band undoubtedly brought from its stage shows to the studio and played around with some more. Side four of the double album was filled too. The change in mood, circa 11 minutes into the song reminds me straight away of 'Voodoo chile, slight return'. Finally there is some singing as well. One line, before the band returns to the theme it all started with. And some drum soloing at the end. Why not?

The Chicago Transit Authority came as a surprise. I had no idea Chicago could be this good. Until very recently I just liked three songs (and was pleasantly familiar with some famous ballads, lets keep it at that). A whole double album was added to this number of three songs. Where's Chicago II? Time to check that album out also.