Live Drugs. The War On Drugs 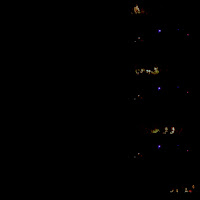 To call your a band The War On Drugs is an act of rebellion. Certainly in the U.S. where the concept was thought up. The past 40 years or so show that this war is as futile as the Prohibition period after the first World War. It's safe to say that people want/need their drug of choice. The only thing that seems to work is a decades long campaign showing how bad a drug, like nicotine, can be. To name but one example. I will stop here as this is not a political blog but one on music. The band name however invites some comments, doesn't it?

The War On Drugs came into my life in 2014 after the whole press world lauded its breakthrough album, 'Lost In The Dream'. One that did not really go down well with me. It was a combination of too much Springsteen and vaguery. The follow up album, 'A Deeper Understanding', of 2017, I bought on a whim, after hearing two songs in my local record shop, without knowing what I was hearing. The sound was vaguely familiar, true. The album became a so-so buy, but mostly leaning towards the first so, so alright.

Come 2020 and the band releases a live album. Funny, I used to like band's live albums best, when I finally had the money to buy albums but still hadn't seen much live shows. Living in the province didn't help back then. It wasn't easy to find out about shows and to get tickets and it was at a minimum 50 kilometres back home with work the next morning. I wasn't even aware of smaller venues back then. Nobody I knew went to live shows or even talked about it. Beyond our means and imagination, but also interest I would say now.

Nowadays things are so different. Everything is but a click away. (Well, exactly today things are really different of course. God knows when I will be at a live show again.) So live albums are not on the top of my list. I do not even play my old favourites any more but the original albums instead.

Come Live Drugs and I'm hearing the same songs as on the albums, played dutifully familiar. And yet. The sound is so clear and there seems to be a different energy level present. I'm listening enthralled and it looks like I'm finally hearing what all my music writing colleagues were hearing in the two studio albums that have been lauded so much. If anything the music on Live Drugs is so clear. Most likely much clearer than when present live. The mix is spacious and alive. The clear sounds come from everywhere. The warm organ and the piano as present in the best E Street Band songs. When a harmonica and a saxophone become a part of the whole in 'Eyes To The Wind' the picture is complete and The War On Drugs pays homage to the master himself. Having never been a Springsteen fan, I'm surprised to be honest how much I like 'Eyes To The Wind'.

So, it appears that in order to really start appreciating The War On Drugs, I had to hear the live album. I wonder how this will resonate with the original work. Will it make a difference? I'm about to find out soon. What ever the outcome, I can imagine myself going to a The War On Drugs live show as soon as we are allowed to do so once again (and it is safe). Live Drugs is a fine, fine album.