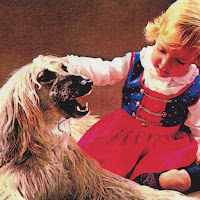 25 Years ago, Benjamin B. released its first album. To celebrate that occasion Excelsior Recordings releases the album once more with the addition of a treasure trove of extra tracks. I did not have this album but two later ones, admittedly not played for years on end. So how is the introduction to 'Benjamin B.' and the reintroduction to the band?

To refresh, who was Benjamin B.? In 1994 the band from Winschoten in the Groningen province of The Netherlands forms as a trio, Fiebo Scholtens, Barbera Lampe and Michel Weber. The trio records an album that is released on cassette, that lands them a record deal with Excelsior. The first cd there was 'The Comfort Of Replay', and the first one I own and the rest is history, although the band still exists but has not released a new album since 2004.

So 25 years after the release on 6 November 1995 'Benjamin B.' sees a release on CD and LP. I can only say that the release is totally justified. Over the past months I have lauded Dutch alternative rock releases like Price, Slow Worries, Global Charming, Jagd, etc. Had 'Benjamin B.' been released as a new album, it would have effortlessly been added to that list. Yes, I would have commented that the sound was very "retro", and would have added, but who cares when the music is as good as this.

The music on the album fits very well with the mostly U.S. based influences like Buffalo Tom, The Lemonheads, etc. Personally I know only one The Lemonheads song that is better than anything on 'Benjamin B' and that is the uptempo version of 'Mrs. Robinson'. I will trade my single The Lemonheads cd at any moment for this album.

Why?, you might ask. That answer is so incredibly simple. Benjamin B. has more pop feeling in a single little toe of one of its members, than The Lemonheads in the whole band. So that puts it on a level with the best of Buffalo Tom and then some. 'Forever Careless' is the only song I recognise on the album. So it must be on the album I have. The title is exemplary for the music of Benjamin B. on 'Benjamin B.'. It almost seems like that pop feeling is thrown to the masses with careless abandon. As if the band doesn't understand itself how good it is. Perfect alternative rock songs? You will find them in abundance on the album.

Recorded 25 years ago? There's a bonus track called '2=Allowed'. "Two is not a crowd. Two is allowed". Is there a song that is more current today? And it rocks out as well, so you can always build your private party around '2=Allowed', dancing around in your pandemic isolation room. Alone or with one or two guests. This music is so cheerful that a good feeling and party for one or two is guaranteed. If you like alternative rock, that is. I do and am sitting here with a huge smile on my face.

'Benjamin B.' is a hidden gem that should be exposed to the world. It is on the same level of Bettie Serveert's first two albums 'Palomine' and 'Lamprey', with a sprinkle of pop feel in the mix. Listening to the album once more in all its glory, I can't escape the feeling it has been a huge influence on some of the new bands I mentioned above. There's one difference these bands are now being released by another label, Subroutine. Times change, things evolve, the release of this album underscores the passing of time, but am I glad that I got to know it. In fact, I'm 100% certain that I like it a lot better than I would have in 1995. Musical tastes evolve as well.

You can buy 'Benjamin B.' here: