Waiting On A Song. Dan Auerbach 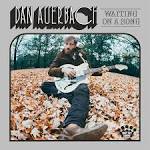 The first albums of The Black Keys sort of passed me by. I jsut did not like them all that much and stopped bothering about what followed. This all stopped of course with the album the whole world embraced, 'El Camino'. After that things started to go wrong privately for frontman Dan Auerbach. After that event he wrote a divorce record for his band, but in the meantime started to put out and produce records with a host of other artists. Which makes one wonder what the status of the mothership is in 2017.

Recently Auerbach released a new solo record in which he collaborated with a host of mostly older musicians and put out songs at a prolific pace, some of which are collected on Waiting On A Song. He wasn't waiting for a song to come, no writer's block for Dan Auerbach. He's waiting on songs, so taking care of them meticulously. So let me dive in and see what I hear.

The first impression is that Waiting On A Song has nothing to do with The Black Keys. Which is a good thing, otherwise this record could just as well have been released under that name. Auerbach is diving deep into the past of America's music from some decades gone. Songs that the likes of Ricky Nelson could have sung. Take the title song that opens the album. The production obviously is more modern in sound, but from Ricky Nelson to a softer song by Creedence Clearwater Revival 'Waiting On A Song' could have been on either's repertoire.

I will not continue in this vain, as the likings are only logical when the intention of the album is to collaborate with older musicians and songwriters from a previous pop generation. In that the album has succeeded. The songs have an authenticity and a feel that brings me back to yesteryears. The songs are pleasant enough and are obviously crafted with the combination of the fun to make them and the skills to hone them just right. The album provides a careless ride down memory lane with a list of new songs, infused with references that will trigger the sort of emotions one needs to feel to get into the mood of Waiting On A Song.

There's is only one point into which I run into trouble with the album: the music Auerbach brings back alive mostly is the sort of unpretentious, U.S., music that I passed by as much as possible in the 70s. Exactly the sort of songs that I didn't like by Creedence or even John Lennon, when he became overly nostalgic. The U.S. sort of music that I just wasn't a fan of.

Does that make Waiting On A Song a bad album? No, far from. In fact at the right moment I rather enjoy the sort of (fake?) violins in 'King Of A One Horse Town' and the softly swinging sound in which he even comes close to his famous band. Barry White meets Dan Auerbach? Why not. I can hear that the songs are made with a shot of love and makes it hard for me to dislike them. Over time I may play the album again, but it will not be often.

Waiting On A Song explores some soul, country pop, singer-songwriter like Ron Sexsmith is so good at, soft 70s rock and whatever the music of bands like Atlanta Rhythm Section played was called, in a successful way. The collaborations obviously paid off. Auerbach may be the man on the cover and the singer, he is a part of the whole and not "the" star. He has made himself available to the song and his surroundings, to the collaboration. He is, in the truest sense of the term, waiting on the songs.

This last observation is perhaps the compliment Auerbach is due here. He's the big star and sits back to have the songs have their way. In that Waiting On A Song has totally succeeded, whatever my reservations are. Those are just a matter of personal taste.

You can listen to 'Waiting On A Song' here: