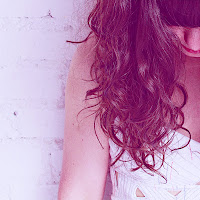 You can listen to 'What you wanted'  here.

And now for something completely different or sort of. Falling is a different album than usually reviewed in these columns. Seapony makes light music. A mechanised sounding drum, a soft bass and two jangly guitars over which Jen Weidl sings (often double tracked) with a breathy voice in a somewhat melancholy way. As a whole that is the mood that shines out most on Falling.

Seapony is from Seattle, Washington, but could not be further apart from the bands that made the city the centre spot of music 20 years ago. Despite that 'Never be'  could, with some imagination, be called grunge-light, Seapony is closer to 80s icons The Smiths than to Nirvana c.s. I would also not be surprised if the band is a fan of Dutch band Bettie Serveert. The guitar antics of Peter Visser are missing, but in mood and intent Seapony has quite some similarities. Other influences seem French female singers of the 60s in the lightness with which Weidl sings.

What makes the album attractive to me, I've noticed, is the tempo changes between the songs. The clear sound and voice as such are quite uniform, but by changing the pace of the songs, Falling as an album works quite well and has me listening repeatedly on route and at home. It depends on my mood what songs I like best at a certain moment, the slow(er) or the fast(er). With two exceptions, I do not really appreciate 'Falling apart' and always really like 'What you wanted'. The interplay between Weidl and co-guitarist Danny Rowland is very interesting. Both guitars sound clean as a standard, but played in a different register and different picking. Cascading notes, versus straight motives create interesting interplay. In the background the sound bass of Ian Brewer pumps the song forward and lays a solid foundation for the two guitars.

Another distinctive feature is that the songs are short. As listener I have to be attentive, otherwise a song is over before I know it. 50% is of mid-sixties singles lenght, under 3.00 minutes that is. The longest one clocks at 4.01. Seapony likes to make it's point quickly, but seldom in great haste. In 'Sunlight' the acoustic guitar comes out, giving the song a very 60s feel, which is extra stressed in the muted electric guitar tones in the second half of the song, that reminds me of Gene Pitney, although I couldn't tell you why if I'm honest.

When in 'Tell me so' the effect paddles are found and a totally misplaced sounding Jesus and Mary Chain like distortion is fed into a small part of the song, the album becomes more interesting. Because Falling ends with my favorite track, it becomes clear that Seapony kept the most interesting songs for the end, making Falling a better album than it is at the start. Quite unusual, or I'm a warped fan of this album of course.

I would not be surprised if at shows there's a lot of shoegazing going on. The music sounds neat, solid, but uneventful and a bit timid. Seapony does not exactly throw its music in the face of the listener. A hesitant, bit dreamy, wave from the furtherst corner of the room is a more appropriate discription. 'Uhm, here we are. Would you like to come over and listen to our music?' Well reader, perhaps you should. Seapony offers a melodic but modest album that is worthwhile your time, but most likely won't rock your world. There are other acts that can do that for you. So enjoy!

You can order Falling here