Too Sorry For Any Sorrow. Mountain Bike 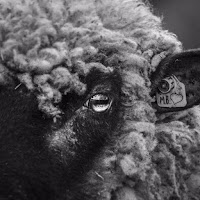 Too Sorry For any Sorrow? What kind of an album title is that? and who has to be sorry for what? Listening to this album for the nth time, I have no time for any regrets. The only question that remains is how much retro can a man take? As long as the quality of the retro music on offer has the quality of Mountain Bike, my best guess is a lot.

Mountain Bike takes the trail that, if followed backwards, takes you passed Blur and straight up to The Kinks once that band shed its pre-punk raucousness and started shedding the great pop songs of the second half of the 60s. Strangely enough I never was a real Blur fan. You'd have found me in the Oasis camp in the 90s. The Kinks were my absolute number 2 band in the late 60s. They were and are so good.

Mountain Bike is a Belgium, Brussels based band moving around in the alternative, British post punk segment of music. With that the band apparently has made a move from a more garage rock oriented music on its debut album from 2014, 'Mountain Bike'. That may have been a great record, I just don't know. For me this switch is more than fine. I'm really, truly enjoying myself with Too Sorry For Any Sorrow.

Why is that? It has a few reasons. let me start with the singer. He has that nice kind of sneer in his voice. Something that really goes well with this music. He sings like there's no tomorrow. It doesn't matter who is offended, hurt, or loved. The consequences are something that is not overseen by a voice like this. The voice of puberty, of the age that lives in the moment. Not even acknowledging that there will be a tomorrow. Thus he walks a very thin line and comes up trumps. The moment is where I want to be when listening to these songs. There's no tomorrow for just a short while. So mission accomplished, Mountain Bike.

The musicians in Mountain Bike work around this voice and have come up with the sound to complement that voice. The sound and the songs. The rhythm section lays down a solid firmament from which the two guitarists can play. The foundation is solid, without any outspokenness, truly giving the room for the two guitars to excel in their two (or three) sounds. One clean and the other dirty. Usually left and right in the mix, but not always. There's a keyboard here and there as well.

When all is said and done it is about the songs of course. In the end I've never liked an album when the songs are not o.k. Yes, it may sound beautifully, but a bad song is a bad song, just like a boring one is boring. Mountain Bike presents a bunch of songs in the 90s Britpop style of Blur, infused with a more garage rock sound. Blur with a bite. Mountain Bike is not trying to be cleaver, like Blur was. It's direct, in your face with hints at 60s psychedelia coming through the voice and guitars. In other words retro and totally 2017. The downside is of course that I'm not surprised, but then that sensation just doesn't happen every day, no not even every month, any more. Too much has come by in the past decades for huge surprises.

The fun factor remains though. Discovering a band like Mountain Bike and seriously enjoying this record makes my day. I can't say Mountain Bike is "the rescuer of my day" (from 'Good For Nothing'), they certainly made several of my gloomy winter days days a bit brighter with this great, direct alternative rock music.

You can listen to 'This Lonely Place' here: