Kairos of November 2015 by .No on Concertzender


Each month I listen to my colleague .No's show and try to share what the music he plays does with me. Due to several reasons, mostly to do with work, I'm running rather behind. Time to catch up some more.


This Kairos, again, has the theme, 'tijd' or time. I reflected a lot on the theme in my previous review, so I'll refrain from that here. Let me point out that for me there's only one song that counts with that title. Pink Floyd's 'Time' from 'The Dark Side Of The Moon' album. I doubt strongly whether I am going to hear that song in the show, but who knows?

This month's Kairos starts with another little gem played by Hans Kockelmans. A song dedicated to someone who died far too early, under most circumstances. My, rather belated, condolences to his family and friends. Kockelmans is a master in composing these small suites. 'Voor Erik' holds all the sadness and resignation, the letting go within it. As if all is right in the universe, despite the sadness. The music caresses. It is so warm and comforting. Full of empathy. 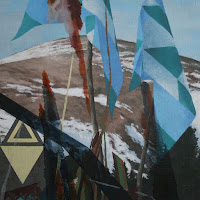 The switch to the next song is strange. No perfect blending of songs here. The strangly titled 'Ascending Kidney' is a modern kind of folk song of which I have heard dozens in the past years. And I have to say that I rather like this dark song with its repetitive guitar motive. The singing is subdued, matching the mood of 'Voor Erik'. There is a lot of white noise coming in near the end. Rather out of place but responds to the beginning of the tune. This way Trouble Books confuses a bit. I'm not sure whether it belongs or that .No is playing around with my ears with one of his soundscapes.

Jonas Reinhardt plays around with the intro to Pink Ployd's 'Time' a bit. Synthesizers circle around each other without a beat. Just floating, circling, as if caught by the wind, helpless, weightless. 'Mumma Deed Family Clone', talking about weird titles, has no real beginning, nor an ending. It just circles around. Like a little child can just circle around without much thought, caught in the act and fun of the circling. Finding out about dizziness along the way. The last time it plays this game in innocence. The next time is about the effect.

The poem of the month is read over a piano composition by Charles Koechlin. Deborah Richards plays the subdued song with some estranging notes here and there, close to dissonance, which prevents 'Paysages et Marines op. 63 pour piano' from being called beautiful. For that it is to, I'm searching for the right word here, authentic? Too much its own colour. The piano of Richards morphs into the notes played by Keith Swallow. 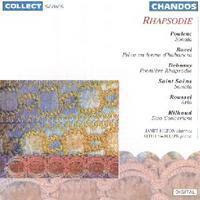 Claude Debussy is one of those composers who's name is often mentioned. but that I for the life of me couldn't say whether I ever heard music from. The name is famous, his music less, perhaps. So whether true or not, I'm exposed to Debussy for over nine minutes. 'Première Rhapsody' is played by Janet Hilton (clarinet) and Keith Swallow (piano). The intricate clarinet notes float freely over the at times coarser piano chords. In other parts of the composition the playing gets harder as the composition is clearly less harmonious. The clarinet flirts with the piano. Threatens to leave, walks back coquettishly, while the piano takes proud male strides.

The switch to the coarse violin of Broeder Dieleman is not that strange as the clarinet at times played almost as coarse. In 'Zusterstraat' those birds are all over the place again. The piano and violin play something close to a battle for prominence in the song. The third contender runs off with bones, the birds.

Next up we go the church. The sacred lamb is lauded, 'Agnus Dei'. Sorry people, this is really, really not my cup of tea. I can hear that the people of the Ensemble Gilles Binchois are really good, but I just don't like this kind of singing. And for reasons I keep to myself for now, I dislike sheep. So there you go. 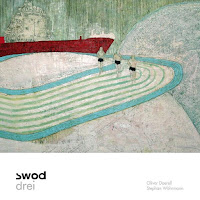 Swod (Stephan Wöhrmann and Oliver Doerell) has the honour to host a second poem on time and life. There's a lonely piano, a bass guitar and loads of tape hiss and treatments of some kind. A German speaking woman is sampled. Through the past years I'm starting to appreciate this kind of music more than when I started to review Kairos. 'Insel' is almost soothing, but, dear lady, I'll leave your island when I want to. And that moment is coming soon as I'm moving on to some more church singing.

Sacred music from the Ukraine none the less. Somehow it convinces me more than the sheep music did. The is solid and profound. The people sing it like they mean it. Deep sonorous basses almost hum, laying a low foundation for worshipers to silently pray on. 'Ameristos Adiayretos from ‘Know Yourself, symphony for mixed choir a cappella' is an intricate piece of singing with many layers to get yourself lost in. Each time I happen to enter a church as a tourist and a choir is singing like this, that's a moment to sit down and close my eyes. 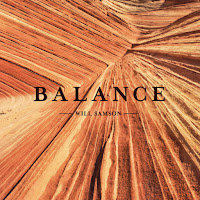 Will Samson is an oldtimer on Kairos, although it's a while back that I heard him last. 'Music For Autumn' in the winter? Why not. It was autumn when this Kairos was broadcasted of course. There's a lot of hiss behind Samson's guitar. Almost as bad as a Robert Johnson recording. This one is intentional it seems. For the rest, this somewhat moody piece is quite alright. Around the guitar more and more starts happening. Solo notes on other instruments fold themselves around it. High female voices enter like sirens in the misty night. Calling, calling. Danger?

The weird sound of the beginning of the show seem to be explained. It's .No making horrid little noises. Undefinable noises work their way into my ears, noises that slowly get mixed into another work by Peteris Vasks. This time the Navarra Quartet plays 'Moderato from String Quartet no. 3'. A moody piece of work, that doesn't work for me.

'The Last Day At The Beach'  by William Ackerman is up next. The heavily violin laden darkish composition makes room for a lonely guitar. As lonely as the mouth harp in the desert in 'Once Upon A Time In The West'. No matter that there is a second guitar, the effect is loneliness. The kind of music to close your eyes to and drift away. The repetition has a sedative and calming effect on me. The entering of a piano is a surprise. Without changing the song as such, it does change it all as the sound becomes so different. 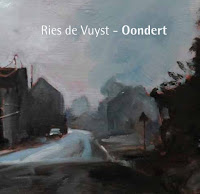 This Kairos ends with another Zeeuws-Vlaming, Ries de Vuyst. Last month the extremely strong song 'Snijwblind' was played, now it is 'Eben Haezer'. The circle is sort of round as the intro could have been by Hans Kockelmans. The dark voice of De Vuyst sings in his local dialect in a song about his grandparents. The song is so intricate and delicate, that I would be afraid to touch it, if could I touch music. The Stone of Help. What a name for a song. Ries de Vuyst is a singer and musician of many talents. Check out his cd 'Oondert'.

Time may have been the theme again of this Kairos, time did not exactly stand still this time around. This Kairos was hard work to get through, as too much of the music did not really agree with me. Another experience richer, I sign off.