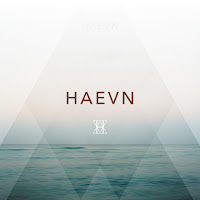 Last week we published the first post with the acts Oor tips for a breakthrough in 2016. Here's part 2.

We start with another band that was all over the radio in the fall and made the charts as well, Haevn. The duo Jorrit Kleijen and Marijn van der Meer excels in a kind of dark pop music that reflects the sign of the times. The lyrics do not reflect the times at all, it's music that does. There's a gloomy atmosphere in 'Finding Out More', that fits with the everyday worries the general person seems to have. Foreigners, threat of war, terrorists, values and the fourth industrial revolution are all topics that lead to concerns. Or do we live in extremely interesting times in which nothing is certain any more? Haevn may be gloomy, but I hear the quality of songsmiths in a song like 'Where The Heart Is'. Despite the fact that I've heard this sort of music many times before, it's good. I'm certainly interested to learn more in the future. 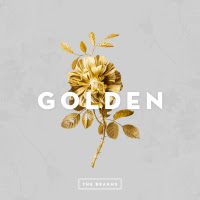 Another name that has a buzz around it is The Brahms. Another band that was formed at a music academy. Four young lads from Utrecht. From the looks I'd expected an indie rock quartet. Instead I hear a mix between Rupert Holmes and 10cc. Then 'Golden' is played on Spotify and I recognise another song that was plugged major on the radio a few months back. A song with an African riff, a hint at Go Back To The Zoo and other Dutch bands of recent years. The second band in this post that already had a Megahit on 3FM. Sorry, but in my opinion that is a moment that a band breaks through and is lifted from anonymity. The song is played nearly by the hour. That aside. The two songs I played on Spotify, the other is 'Shoulder Blades', are not for me. Too neat, too much like the smell of Brussels sprouts. 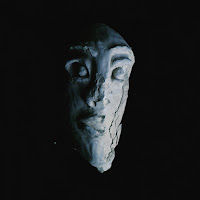 Next up is a trio called The Lumes from Rotterdam. Where The Brahms is neat, The Lumes go all out on the opening of its EP called 'Lust'. 'Satan' rocks out loud with screams and all. It hurts my eardrums as much as it must hurt the vocal chords of the singer. Musically the band comes close to Indian Askin with which we started part one of year. The Lumes is less melodic and reminds me most of bands from the early 80s like Comsat Angels and Echo and the Bunnymen. Singer Maxime Prins has the same sort of deadness in his voice that was called for at the time and totally turned me off new music for a while at the time. So, I'm not convinced by the four songs on 'Lust'. What I do hear is a truckload of energy and a lot of enthusiasm, things that were all missing in 1980. Not allowed to laugh then, we were. 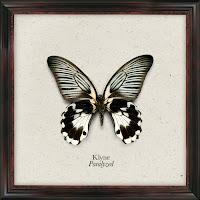 And now for something completely different as my comedy heroes used to say. Klyne is the duo Nick Klein and Ferdous Dehzad. In fact Klyne is a bit of a surprise. Nothing for me when I hear a minimal beat, handclaps and Stevie Wonder's cousin singing. 'Waiting' starts out as a minimal dance track, but ends as a minimal indie rocker. A fuzzed out guitar or something sounding like it ends 'Waiting' with nothing else much in place. The vocal melody is just as minimal, but also fairly o.k. In between a few electronic melodies are added. Less is much more where Klyne is concerned. Jamie XX is what flashes through my mind. When I listen to 'Closer' it is like Nick Klein composed a whole song on his guitar, after which Dehzad stripped away everything and came back with this track. No, it's not my music, but I hear what I'm hearing. I see no reason why Klyne can not follow in XX's footsteps. 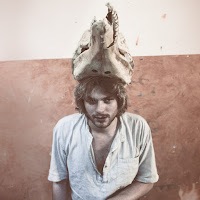 To all good things an end must come or so they say. In this case it's a logical ending as Charl Delemarre is Oor's final tip for 2016. And so the Dutch language enters these two posts any way. On his six song EP 'De Bekentenis' ("the confession"), Delemarre sings like a kleinkunst artist. Hans de Booij in 2016, that's my first impression. Charl Delemarre goes for the jugular. He wants to make a huge impression from the very first notes. If this fails, this guy is not for you. If he does then a lasting relationship could be in the making. So where am I with Delemarre? This guy may just be too much for me. He's all over the place on his EP. There's so much passion, such a total commitment to his songs, that there's no hiding place for the listener. There's no doubt though that this is a serious talent.