Like last year The Netherland's leading music magazine, 'Oor', gives a shot at prophesying and takes out the glass bulb to look into the future. Also like last year WoNo Magazine takes a listen at the 11 artists that are tipped for a breakthrough in the year 2016. Next week, or thereabouts, part 2. 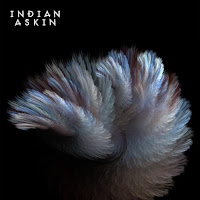 The first band is Indian Askin. Now we can write that this band featured on this blog almost two years ago. The band played a support gig for De Staat in Patronaat. I remember more of the atmosphere the band created than the music. The visuals were really special and created on the spot, so that the band remained mostly outside of the light, creating a moody atmosphere. My impression was that the band needed time before it was ready to record, that there was more to develop. I did not expect that to take nearly two years though.

Last week an EP called Indian Askin was released. The music and singing is just slightly off the beaten track, alternative, indie. Like the visuals, the music also works with moods, a little psychedelia. Some indie rock. It would surprise me if this EP will get as much attention as Pauw's EP last year, but I think it's worth a review on its own. So that may just be the case quite soon.

De Likt. Looking at the picture of the front man of this Rotterdam based band, I'm almost certain that I saw this man performing on tv somewhere last fall. All anger, shouting and jumping around. Something with beats and hip hop or something. Totally not my thing, as people reading this blog may have noticed. On Spotify I find the song 'Ja, Dat bedoel Ik'. What can I say? Just what I mean, an aptly titled song. There are beats, sythns sounds and a rapper. Blood, scene, chickies, bitches, it's all there. It may well be that there is a market for De Likt, I just don't know. 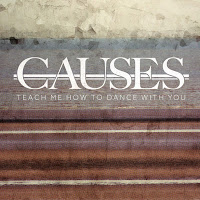 Number three is a band called Causes. If the band already played at Pinkpop previous spring then it is a bit easy to predict a breakthrough, wasn't that last year and where was Causes then in the previous list? Listening on Spotify to a song called 'Teach Me How To Dance With You', I'm almost certain that I heard this song before. If I did, it didn't make much of an impression on me. It is is a darkish pop song, built around a fairly repetitive chord progression and a guitar riff, drenched in echo that reminds me too much of the James Bay kind of music, so Sheeran also. Then a second song starts playing, 'Walk On Water' and I'm certain that I know this one. So what breakthrough? Causes has been on the radio more than once already, that much is obvious. On the radio or not. 'Walk On Water' holds the same objections for me. Causes never makes a song come alive enough, for me. It's not bad, but has far from its own sound. 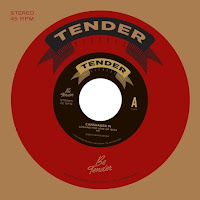 Canshaker Pi is number four. Two of the four members have featured on this blog a few times. As members of Palio Superspeed Donkey. Now it is a fair question to ask why start a second band when you have such a good first one? Fact is Canshaker Pi is there and plays a somewhat harder, more ramshackle form of alternative rock. Lots of screaming by the singer. The guitars are played a lot more shakey, so we move into an alternative punky sort of rock, where it is less important to really finish a song in the way of neatness, but more about the impact and directness. Perhaps like painters who paint as if they're children, primitives. A little left of center. Perhaps it takes an acquired taste, but the first listening session makes it harder for me to catch on than PSD's music does. The video of 'Shaniqua' is total fun though. Amsterdam, band and friends, including Tim Knol (who doubles as label manager of Tender Records) feature and Hennie Vrienten.

BTW in Belgium it's completely normal to play in five bands. Perhaps that Willem and Ruben are setting an example that there's no reason not to do this in NL. 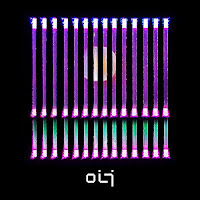 OIJ, or Valentijn Crouwel or Only In Japan. What to write after the alternative rockers of Canshaker Pi when I'm listening to this modern pop music of the slicker variety. The EP 'Luminate' is on Spotify and has the sort of rhythm and singing that I associate with the singer who at this point in time does a The Beatles 1964 in the U.S. charts at this point in time in Nl, Justin Bieber. Enough said does it, I guess. Not my kind of music.

There's another band that doubles in the pages in Oor. The first signals were that the bass player had started a new band in London, but it turns out that a band, who released a fairly disappointing third album in 2014, decided to do an about face in music and under a new name, St. Tropez. In this case it's a bit unclear whether it is the end of Go Back To The Zoo or that the members are betting their hatches? 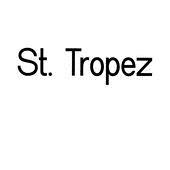 St. Tropez is a punk band. Listening to the first song on an EP, called 'Cut Me loose' I had the idea that The Miseries had a new song out. The first impression is as simple as it is straightforward: Nothing new under the sun but so much fun. One thing is for sure. St. Tropez does not have the same singer as GBTTZ. Much lighter and more pleasant. Googling I find that the first EP of the band is one year old this month. That, again, makes it a bit dubious choice as tip for 2016. Were it not that I hadn't heard it before and truly like what I'm hearing. Believe me, the album that St. Tropez is about to release is going to be as much fun as 'The Miseries'. The songs are all in your face, rocking, garage punk and exciting. All that that final(?) GBTTZ album was not.

More in general, with a duo like Haevn coming up next week, it is safe to say that Oor is making some very sure bets. Last year with some bands I really had trouble finding songs on the Internet. Like last year it is a varied lot but I do wonder whether there really are no bands or singers that work in the Dutch language deserving to be tipped? There ought to be, is my guess, although I couldn't provide an example. A thought for next year, dear 'Oor' colleagues?