Today we focus once again of recently released or to be released singles.

Now there's accents and accents. Elouise's accent is far and wide beyond the southern drawl of Lucinda Williams. It is of a kind that makes me think to be listening to a parody of all things southern. Were it not that Angel From Montgomery is a serious song. The kind Ms. Williams certainly would not mind having on one of her albums. It has that dragging pace, as if everything's going too fast for Elouise while in the end she does keep up with the whole. In fact at the finish line she beats all competition with Angel Of Montgomery. It is such a delightful song.

The "Send me an angle" part is like everything from the Lucinda Williams songbook, but for the rest it is it's superb self.

Reading the information on the single, it turns out the song is recorded in memory of recently deceased singer-songwriter John Prine, who died of Covid-19. What a way to honour someone! 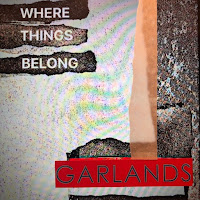 Where Things Belong. Garlands
Every once in a while I can't help wondering why a band or solo artist is not better known or even a star. One of these bands by now is Garlands from Glasgow. Over the past year new songs reach me regularly that all make the mark in powerpop easily and jump over with so much ease.

The world is promised a new release with each month, so I understand. With Where Things Belong the second instalment was sent. Deep dark guitars and bass are hurled out of my speakers. Over it Gordon Harrow sings his pop melody. A melody that adorns the rock lying underneath it. The way the pace holds back and is unleashed again throughout the song is masterly. It is as if all power leaves the song, while coming back as if double.

The play between the dark sound in the music and the pop side of the whole is simply well done. It shows two sides to Garlands in one song. True metal aside, this is a heavy song. The deep end sticks out on all sides and still Where Things Belong can be called a pop song. There are not many bands that get away with this in a successful way. Garlands does. Check the band out as it is building an oeuvre of extremely nice songs. 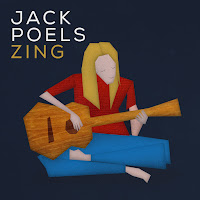 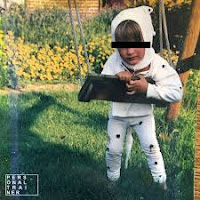 Edible Plastic. Personal Trainer
Edible Plastic, perhaps best not to take this too literally, is an extremely short but off-handed crate of noise. It may be that since hearing that great song by The Plan called 'Mon Amour' that I haven't heard a song like this.

Edible Plastic is the a side of what in my youth was called a maxi single, three songs, often containing three hits by one artist on one single. Personal Trainer does it in 2020. Three short songs filled with energy and a somewhat uncontrolled way of playing. Loads of feedback and noise, except in final song 'The Industry'. Still alternative but not noise (at first).

Personal Trainer is the other band of Willem Smit, ex-Palio Speed Super Donkey and (ex?-)Canshaker Pi. His voice is instantly recognisable, the music is less so. It is the even wilder side of Smit that is allowed a release. Don't expect songs that are easily listenable or instant pleasures. They have grown on me, where his former bands were all instant pleasures. Bands that grew and grew, with 'Okay Decay' as a capstone. 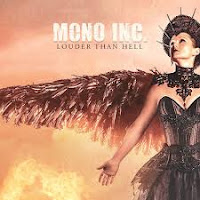 Louder Than Hell. Mono Inc.
Listening to the first seconds of Louder Than Hell, I knew, this must be from Germany. In some way this is the kind of metal that is not made in my country. It is dark, loud, fast-paced, Teutonic rock. What it misses is that little fun that needs to be in a song like this. That little something that makes it 97% serious and not 100%. This is a shame as the melody and level of playing is quite alright.

I had never heard of Mono Inc. before, despite it being a big band in Germany. On the road for 20 years and successful there with all its albums. Louder Than Hell is a single from the band's new album, 'The Book Of Fire'. If you like dark hardrock metal with a Teutonic layer, it must be your album. I'm afraid I've enjoyed myself sufficiently with Louder Than Hell.