Kairos, March 2017 by .No on Concertzender

Each month Wo. tunes his ears to the sounds .No selected for his monthly show on Concertzender. A show with music that is not exactly on his daily musical menu. In fact it is a once a month menu at that is it. Except for those songs that Wo. may have inspired .No to listen to. Let's see what Wo. finds this month. Will he be delighted, horrorised or just plain aloof?

Ha, that is not a piano Kairos starts with, so that is something new compared to the past months. It sounds like a guitar, but may be an older version of the instrument and it is. Stathis Skandaldis plays a lute. I am a guitarist, but this is the sort of thing that just doesn't excite me in any way. It is a sort of classical composition I'm working my way through, but all it does is somehow remind me of the Tudor court in that tv series of a while back and all those more or less willing people dying because of the illogical whims of a despotic monarch. 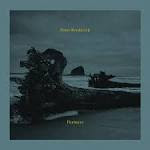 Ha, there's the piano. Peter Broderick plays John Cage. There's quite some echo on the piano, with atmospherics in the background. Somehow I have the impression that I'm not listening to a composition but at a random working around the keys without losing harmonics from sight. Each note belongs to the next. Nearly only single played notes befitting one another are played. If it wasn't played so fluently, I'd suspect that someone was just practising here. It is the cadence that makes the song work. It is a piece for people who can only play with one hand at a time. With 10 minutes it takes something out of my patience I have to admit. I find myself waiting for something to happen. I know Veronica Falls does not belong here, but how I crave for that song after seven minutes of 'In A Landscape'. Now I can fantasize with that title, white clouds moving over a green landscape. I can see it, but more because of the title than the music. So I just lay myself down and watch the sky for the remaining minutes Peter Broderick plays.

Godspeed You! Black Emperor. Now that is a band that I've read about for years, but nothing I read enticed me to listen to the Canadian band's music. It sounded too far out there for me and now I get the opportunity to do so thanks to Kairos. The piano of Broderick is taken over by a sort of drone, but a very short, consecutive ones. I read that in 22 minutes Broderick returns with another composition from his album 'Partners', so I have a while to go. My introduction to Godspeed You! Black Emperor is going to be a thorough one, called 'Static'. Electronic sounds fill my ears. One like an old steamtrain gathering speed. They all move in and out of the mix. All experiment, but nothing of a structure emerges. Voices enter, telling something about God and for the first time a recognisable instrument joins the whole. A violin and a very treated guitar. 'Lift Your Skinny Fists Like Antennas To Heaven' is the album's title, I notice. Somehow it sounds familiar to me and I remember having watched a live something by this band on You Tube some time ago. So it's not 100% new after all, but there's no way for me of telling whether it was this composition. I notice that I am taken through different sequences that are not necessarily connected. This band even knows how to rock out with wild guitars and violins accompanied by banging drums. Underneath a bass and keyboard play a sequence of notes over and over. What I'm hearing is totally new for Kairos and may scare off a lot of listeners. So much for meditating, folks! This music reminds me of an album I reviewed recently by Bardo Pond called 'Under The Pines', more psychedelic but with the same sort of violent eruptions, assaulting mind, ears and live undoubtedly, bodies. Things even get wilder here. I'll leave you to experience this sonic onslaught yourself and there's still minutes to go in which the mood is taken down again towards drones and sounds, taking it all full circle. Weird, imposing, impressive and more all at once.

Somehow .No manages to let the drones move into the piano of Peter Broderick, through a sort of church singing, but only as a strange sort of accompaniment to the piano playing. The song is called 'Carried' and that is just what this music does. Music to rest on, especially after what came before. When I close my eyes I totally am at ease, just following the changes in the chords played, while the basis is the four notes played with his left hand. Not unlike 'Static' 'Carries' is a strange hybrid of a composition. There are all these strange things going on.

I leave that behind me when Kairos returns to the 'Rothko Chapel' cd, with a composition by Eric Satie, 'Gnossiene No. 4, played by Sarah Rothenberg. Beautiful, fully mixed, all present. All this takes just a few notes, that is all there is. Yet unlike Peter Broderick, Rothenberg reaches me on a deeper, emotional level. This music speaks to me in volumes and reaches out much more. Touching me, caressing me, where 'Carried' carried me. A huge difference.

The change is ever so lightly, yet the mood changes, the piano sound is more down to earth. I have entered a new composition by Frederico Mompou. The magic of 'Gnossiene No. 4' is gone though.

We return to 'Slow Healer', Lyenn's album of 2016. Not my favourite song though. The song moves forward like an invalid bereft of his appliance, dragging himself towards the end goal. The scene with the lepers from 'Jesus Christ Superstar' gets into my brain, something I can't shake before the song is over.  'Keep It Still' is more mood than song though. Sounds all around and a whispering voice over it. Forever halting and not starting. Pushing me away. Don't come nearer and I take heed.

Eternal light enters my ears. Voices and drones composed of voices make up the eternal light of György Ligetti and are over before I know it.

Another artist I wrote a review about that still needs to be published on the moment of writing this is presented. Kim Janssen plays a down to earth, folky song on an acoustic guitar. Presenting emotions and a subdued lust for life, despite singing about dying alone. All his new record 'Cousins' seem to lack. 'The Stiles' reminds me of several songs, including Bonnie 'Prince' Billy, mainly because of the horn. It keeps alluding me what it is. The next note solving the mystery won't come to me.

Next we return to Polish jazz. Wisniewsky plays his slow notes again. A composition that is full of holes and silences, resonating former notes. Last month I wrote enough on what this music made me think of, so there's no need to repeat it. Again I'm struck by how much effect a musician can have with minimal effort.

Because of the mood changing, it is clear that there's another artist playing. The number of notes accumulate fast, the bass is replaced by bass notes on the piano. Peter Broderick returns for a second time with a composition of his album 'Partners'. This one is called 'Conspiralling'. There's even a hint at singing. This is the busiest of the three Brodericks present, waking me up from my reverie of the last songs. Ready to move into the rest of the day.

Quite a ride this Kairos was. One of extremes with its highlight right in the middle. The piano was here a lot again, but a theme? It may have been the addition of sounds or voices in compositions that I would not really expect or need there. So confusion? Sounds good enough for me.

You can listen to March '17s Kairos here: