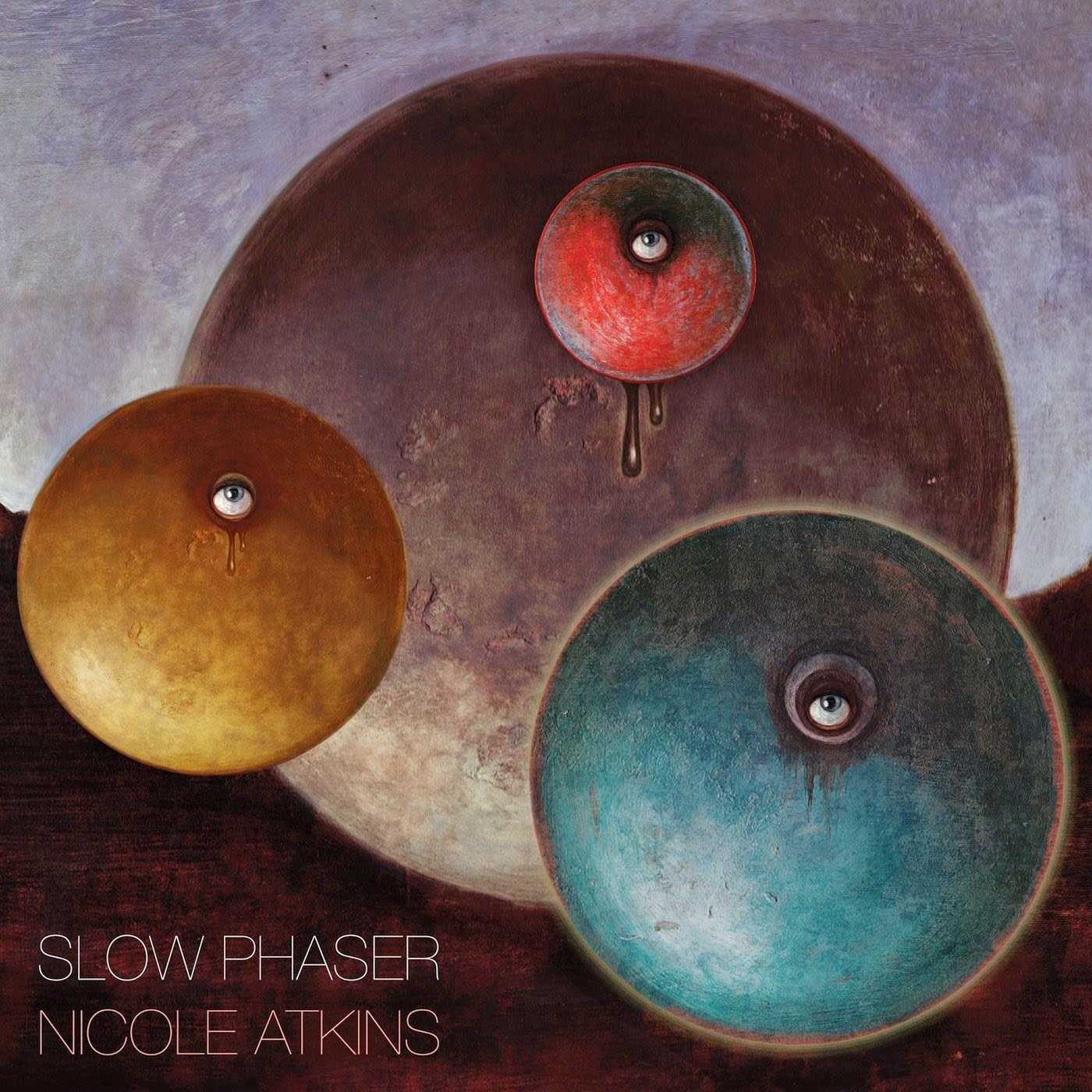 The name Nicole Atkins only rang the faintest of bells in my mind. Only through checking my discothèque I found an album named 'Neptune city' from 2007, that didn't ring any bell concerning its content at all. Still, I must have heard music by Nicole Atkins before. Setting that aside, whatever Nicole Atkins released since, it passed me by. Not Slow phaser though.

Slow phaser is an album in which Nicole Atkins colours neatly between the lines. As she does this in a superb way, Slow phaser is a nice album deserving attention of music lovers who like a twist of singer-songwriter and hints of alt.country in their pop music. Atkins reminds me of female singers that made it big in the wake of Alanis Morrisette, yes, that is nearly 20 years ago. On top of that she does a few things extra, that make Slow phaser an album interesting enough to give more than just a few incidental moments of your time to.

Slow phaser starts with the voice of Nicole Atkins. She has a tough voice, a little edge to it, that sets her apart from all those sweet singing girls. So we have this combination of nice pop songs with a tough, self-assured sounding woman in front of it. Think Veruca Salt with the pop injections of Veronica Falls. The pop element is easily explained when we realise that the producer of Slow phaser is none other then Tore Johansson, the Swedish producer who worked with everyone from Anouk to Tom Jomes and A-ha to The Cardigans. In other words a man who has deserved his spurs in pop/rock music.

Despite the fact that I call this album pop music, the fun fact is that the songs are so far apart in texture and tempo that several are just too hard to compare. 'It's only chemistry' is an addition to the repertoire of the musical 'Hair'. The call and response, the melody. There's just one thing wrong. How can love ever be just chemistry? It must be a misguided 21st century anomaly.

What attracted me to the album from the very start, was opening song 'Who killed the moonlight?' This sentenced is sung a capella twice, before the music kicks in. A Chris Isaac atmosphere is created with a lot of reverb on the guitars. The way the vocal melody shoots up and down lends the song its unique vibe and sounds European in several ways, with echoes reminding me of decades of rock, pop, rock and roll and 80s pop all combined into one. And then we just switch to 'Hair'/'Lay down' by Melanie & the Edwin Hawkins Singers with a banjo underneath everything. In other words Slow phaser presents itself as a musical adventure in the first two songs.

Without being an exemplary or revolutionary album Slow phaser delivers on this promise. From the production to the songs themselves, Slow phaser is a good album. Rich in sound, with melodies that instantly or very soon after stuck themselves in my mind and do not appear to plan on leaving voluntarily any time soon. Not that every song is fantastic. 'Cool people' in atmosphere matches the topic, but is not my favourite song of this album.

And then something very strange happens. Is Nicole Atkins covering 'Ruby', Kaiser Chiefs' greatest international hit? It sounds like it, before the melody is repeated without the bend in Kaiser Chiefs' version. But no, 'We wait too long' is totally its own song. The call is close though to use this famous intro in this way. Amends are made with 'Red ropes', a song again full of atmosphere, with a Tears for Fears like rhythm and a Lana del Rey mood and way of singing. 'Red ropes' also has this darkness spread out over it.

The adventure continues with 'What do you know?' where a 'Faith' rhythm is combined with a progrock synthesizer solo. Nicole Atkins pushes her voice into lower as well as seductive levels, creating a song that is not your every day popsong. 'Gasoline bride' is another hybrid of a very darkish, moody song with a great pop chorus, including this warm sounding organ. These combinations make nearly every song on Slow phaser a winner. Something is happening that begs attention, whether I completely like the end result or not. At no single moment Slow phaser is in any way boring, which many of these sort of albums are. And that is the biggest compliment I can make here. There's just too much to listen to and discover. In other words Slow phaser is great fun and for at least three quarters plain good right up to excellent.

Nicole Atkins pushed herself right back in my attention with Slow phaser. I think she'll be able to do the same for you given half the chance. In other words: this is an advice to start listening. You'll even find out what dying sounds like on record...... to find that a miraculous recovery is made.