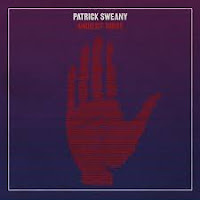 How many of these tin cans do they keep in store all over the U.S.? Cans filled with these rough sounding country and blues rock guys with strong guitar work, warm organs, a smattering of soul to show their soft side, while displaying loads of spunk in abundance? I was allowed to open one of these cans and out stepped Patrick Sweany (and Parker Millsap who I may write on later). Fun? Oh, yeah.

Earlier this year I wrote about Grayson Capps and James Scott Bullard, my favourite so far this year. Patrick Sweany is tight on his heels, snapping at them with his rough sounding voice. Just listen how Ancient Noise starts. Two Sweany's, a slightly distorted guitar and a slide, before the band kicks in, including someone playing bottles, if I hear correctly. Just listening to the intro my best guess is that I will not go wrong with Ancient Noise. Did I?

In 'Up And Down' Sweany kicks out a Tom Waits stomp while screaming like the devil is hot on his tail, sounding like a mix of Waits and Wilson Pickett. The stop starts elements in the music give the song a lively feel. The stop starting alternated between guitar and horns make it more fun, as there are distinct musical lines to follow. The rhythm section underscores it all. In the meantime my throat starts bleeding just from listening to Sweany's screaming, wailing and howling.

The country ballad taking the mood down, doesn't come a second too late. I was ready for a meltdown and was treated to a winding down instead. 'Country Loving' is the right song at the right place on the album. The soft rocking, hard played 'No Way No How' kicks Ancient Noise in another direction again. The short burst notes and chords on the organ give the song a distinctive feel and groove.

I will not go so far and claim each song is super outstanding. Sweany's songs sound too familiar for that and fall into well-known categories. Where Ancient Noise does stand out, is Patrick Sweany covering different genres, successfully, like in the slow ballad 'Steady'. Around his voice turmoil is found in ever so gentle touches of sound. 'Get Along' is a soul track that could have been sung by the Supremes in its day. Just imagine another arrangement, I was writing and in comes a gospel ladies choir answering Sweany's supplication.

For me Patrick Sweany may be a new name, he is not. Releasing records since 1999, Ancient Noise is his 8th full-length album and 12th release overall. He worked with producer Matt Ross-Spang in Sam Phillips Recording in Memphis. With Ted Pecchio on bass and Ken Coomer (ex-Wilco) on drums, Ross-Spang brought in soul veteran Charles Hodges for all the keyboard parts. This felt so good that Hodges can be heard on most tracks. Apparently his presence drew Sweany out of his comfort zone and into all the diverse tracks we are hearing on Ancient Noise. If so, well done Mr. Hodges.

The diversity is in part what makes this album such a success. Patrick Sweany shows a few sides to his music and gets away with them all with ease. If I compare this to e.g. Dan Auerbach's last solo album and his production for Robert Finley, there's only one winner. With something like a full lap in front of the pack. No, Ancient Noise is not brilliant, but great fun.

You can listen to and buy Ancient Noise here: