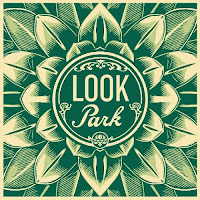 No new Fountains of Wayne album, but a Look Park album. One that could have past me by easily. I'm glad that it didn't. Although nothing any of the FoW members will ever release will have the impact the debut album had on me, Look Park is very much an album to get intimately acquainted to. It has that lightness in a minor key that FoW is (was?) so good at. That feeling of the sun that instantly started shining, while rain kept falling on my head. A rare quality in music. Look Park has that in modest way also.

The main charecteristic is Chris Collingwood's voice that leads Fountains of Wayne and Look Park. There's no getting by this fact. The songs could also have been on any of Fountains of Wayne's records. There's simply no denying. But let's set this aside and try to divine the merit of Look Park.

All things Look Park start with the quality of the songs. Those bittersweet mid-tempo pop songs that come to me from my speakers as if there was no effort in making them. It all sounds so deceptively easy. While it probably cost Collingwood months if not years to make these songs sound so "easy". The second great feature is Chris Collingwood's voice. The innocence (he sings the word the moment I write it in 'Minor Is The Lonely Key') of it, the naiveté he seems to share with us. The believe in a better world against all odds kind of voice. Yet, it is not a happy voice. It fits the music Look Park excels in, those bittersweet pop melodies, really well. On the edge of sad and resignation "You can come round if you want to", but I understand if you don't feel like coming over and see me the voice seems to suggest. No putting himself first or even second or third.

Look Park is, besides a park in Florence, Massachussetts, a trio. Besides Chris Collingwood, Scott Klass and Philip Price play in the band. Live you may find more people present judging from photo's on the band's site. The three basically play in an acoustic setting, with songs that stylistically seem to be influenced by the 50s songbook. The kind of songs The Beatles covered on the 'Please Please Me' album. Acoustic guitar, a piano, soft drums and a bass. That is the basis of Look Park. All the rest is overdubs. Sometimes an electric guitar played softly, some strings are added. It's here I find the main difference with Fountains of Wayne. Jody Porter is nowhere to be found; neither are the intricate harmonies. What remains are bare versions that make me focus on the core of the songs. The experience is pleasant, but, I'm sorry to say, something is missing from memory. Something my brain wants to add that is not there.

So, summing up. Look Park presents me with a bunch of beautiful songs. Songs that hold everything I expect from a Chris Collingwood song. Songs for a quiet evening. Songs to warm me when its cold, wet and windy outside. In other words, right on time for this time of the year. Songs to cherish. If only it weren't for that former band, Look Park may have been perfect.

You can listen to 'Aeroplane' here: