A Blaze Of Feather. A Blaze of Feather 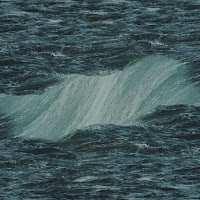 This week the new album by Maggie Brown is released and 'A Blaze Of Feather's. Coincidence of course. Chances are neither have ever heard of each other. The former is an obscure band from Amsterdam the latter a band around the guitarist in Ben Howard's band, Mickey Smith.

The reason I mention this is because the albums both have this melancholy undertone while enjoying pop music at its finest, yet serious quality. There's even a faint resemblance between this album cover and Maggie Brown's first album.

Now Ben Howard has been totally eclipsed, like all other singer-songwriters starting out or breaking through in the 10s by Ed Sheeran, still Mickey Smith must have seen a large part of this world over the past years. In his spare time he has been working on his own voice and music, with Ben Howard a part of his band, A Blaze Of Feather.

It wasn't love at first hear between A Blaze Of Feather and I. Not that I despaired, far from. It just took me a bit longer to really warm to this album. At first listen I thought it rather bland. I couldn't hear real peaks or true inspiration. That slowly changed through the weeks leading up to the release. I started hearing the intricate guitar parts that meander all through the songs on this album. The delicate way the instruments move through the songs. It got me more and more interested in listening to the album and its songs.

Mickey Smith shows us a whole range of influences. From Neil Young, the softer, non-country side of Dinossur Sr. that is, to Coldplay and Mark Knopfler guitar notes, next to a whole host of U.S. alt.country(rock) bands that I won't even start to name. It all comes by in the mostly, at best, mid tempo compositions. All within A Blaze Of Father's own limits.

The opening intro to 'Valkyrie' gives away enough it seems. An interesting mix of guitar sounds interplay for some time before the voice. bass and organ chime in. Not a song that is written, arranged and recorded within a flash. It all has to fit and played at the right moment to work. An intriguing start to a song that hangs in this sequence for a long time. It is made interesting by the interplay and not by interesting melodies. The "In the heat of summer ..." part is quite long and again the subtle interplay makes it worth my while.

There's no need to pick out more songs. 'Valkyrie' is the blueprint for the whole album. One song may have a wider arrangement, strings and a little faster tempo, the other less so. Smith's voice, light and subtle, finds its way over the music in a soft fashion. Prominent, not dominant. His voice is certainly allright and pleasant to listen to, but is not that of a true singer. For that it lacks something that sets it apart.

A Blaze Of Feather's is a pleasant listening experience. Nothing more but certainly nothing less. Mickey Smith presents us with some fine songs on his first album that have a right to exist. Modest, without pressing themselves into your face, they creep up on you in a slow but deliberate fashion. Making themselves known to you slowly with no intention to let go any time soon. Well done.

You can listen to 'Freagh' here: