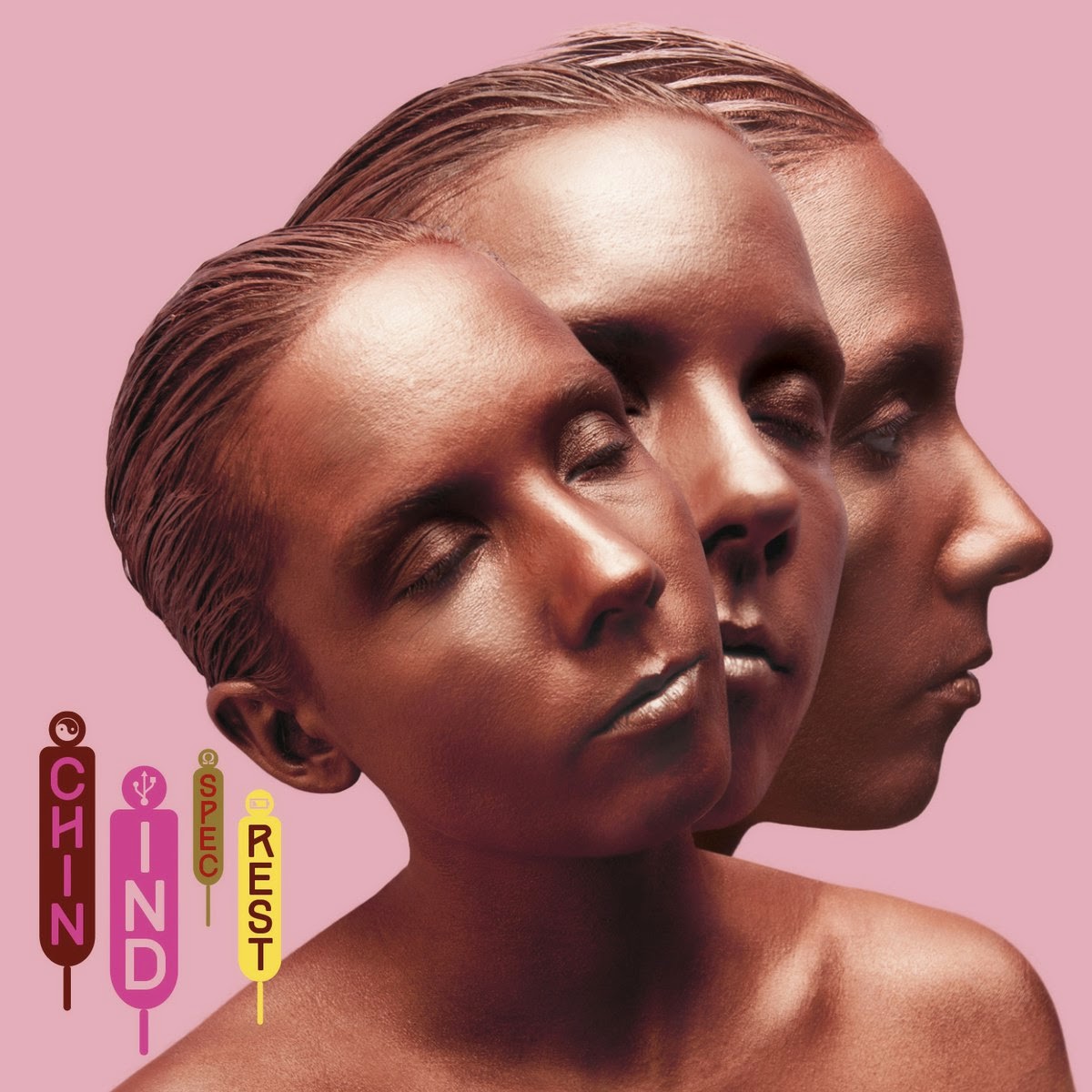 Apt cover art. The music of Aafke Romeijn has, at least, as many faces as the cover has. I heard a 13 year old, who was only listening at best casually say: "This is scary". Listen to a part of opening song 'Bmb/Ibb' and you'll know what I mean. If this is the voice in Aafke Romeijn's head, I'd opt for the one in 'I never promised you a rose garden'. It is that sort of voices that return every once in a while on CHIN.IND.SPEC.REST.; or in sound. The differences in mood are so huge.

Aafke Romeijn is a Dutch singer from Utrecht who's second album, after 'Stella must die!' (2011), has been given a re-release after she was signed by record label, V2. CHIN.IND.SPEC.REST. is a special record. Not that I think it is extremely good. It is more that I just don't know what to think of it. If anything, the songs on CHIN.IND.SPEC.REST. intrigue me. Suck me in, spit me out, to land hard on the too hard floor. Only to start all over again.

The songs on CHIN.IND.SPEC.REST. can be extremely small. Just Aafke Romeijn and her piano. Sing-speaking a song. The singing is not always the strongest part of the album, but fits the music. Romeijn is not afraid to take a risk either with her singing and goes off into uncharted territories as in 'Broertje'.  Where in 'Voorbeeldfunctie' her voice is treated mechanically and multi-tracked.

In the lyrics we can be either taken to school from the perspective of the teacher or to a fantasy world in which her brother, whether real or imagined plays a role as does her family. Often the songs with a piano. The school asks for a more aggressive approach. Electronic beats and layers of synth treated music. Really telling like it is perceived by the teacher. I am a role model, whether in a bad mood, when hung over, when happy, when sad, Aafke Romeijn sings in 'Voorbeeldfunctie'. Extremely stifling this song at times is.

Aafke Romeijn keeps playing with my head all through the album. What is going on at this point of the song, is a question I regularly ask myself when listening to CHIN.IND.SPEC.REST. Simply because the perspective seems to change, making it hard to keep the bigger picture. In combination with the estranging effects in the music, which easily keeps up with the story changes, this album can repulse and attract, attract and repulse within seconds.

Somewhere deep down Aafke Romeijn is a singer-songwriter. When listening to 'Terecht II' there's no doubt about that. If however you put on 'Kalashnikov' you'll never believe my claim here. Some songs disguise her true self quite well. From there she creates her own universe and uses what she needs to express herself. Piano, beats, processed sounds and all.

If anything CHIN.IND.SPEC.REST. has confirmed for me why I never wanted to become a teacher. That aside, Aafke Romeijn has made a record that is special. An album that I do not really know what to make of. Her voice is fairly monotonous, electronic beats are not my thing; in general. Still, they work on CHIN.IND.SPEC.REST. so, a review is well-deserved. Time will tell where we go, Aafke's album and I.

You can listen to 'Kalashnikov' here: