The take off and landing of everything. Elbow 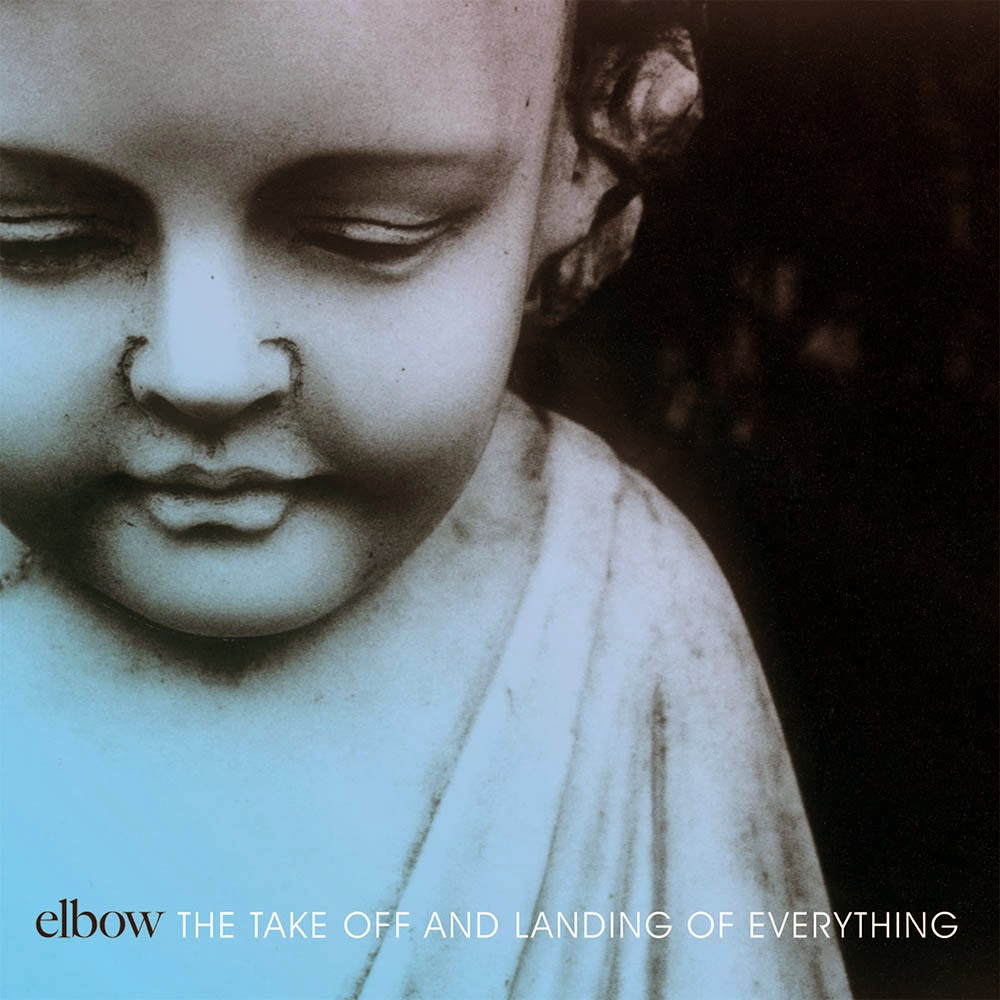 Elbow has always reminded me of Peter Gabriel. An artist who musically is so serious that: a) I can't listen to more than a few songs at a time and b) I'm so surprised by the visual arts and playfulness of his videos and performances that are so far apart from his music. Elbow always is at the same level musically to me, so serious, so heavy-handed, so joyless. 'Build a rocket boys!' was a beautiful album, but I just could not listen to it for too long. So basically the only Elbow song someone could wake me up for is 'Leaders of the free world'. This song has everything that makes an epic pop song. Counter melodies and all. So, in 2014 I have to conclude that I have never written an Elbow review. Brace yourself, because here is my first.

So why now?, you may ask. That question is simple to answer. The take off ... has a certain playfulness in it that makes almost every single song interesting to listen to more than once and twice. Whether that is because Elbow's members recorded their respective parts separately, I don't know, but if so, they should have done so years ago. Of course Elbow has not become the Kaiser Chiefs anno domini 'Employment', there are no bundles of laughs. No, the fun is in these small details in Elbow's music. The addition of a few notes or an extra instrument thrown into the mix. I even mention Pete Turner's bass playing that is as ploppy as Peter Quaiffe's playing in the first The Kinks incarnation. Let's take 'Fly boy blue/Lunette' as an example. The song start is close to a sixties pop song, loose, with the dominant bass and an acoustic guitar. Even Guy Garvey's voice is doubled and treated with some effect. Wait till the electric guitar kicks in and loads of horns. This song is just wild in Elbow's universe. I can listen to it most of the day.

'Fly boy blue/Lunette' is just an example, as nearly all the songs on The take off ... have these fun elements. It's as if Elbow has lifted a ban on anything that makes a song fun instead of intense. The idiom of the songs may be the same, slow to mid-tempo songs, the details are so much different. Instruments and not to forget Garvey's voice are allowed to play outside of the box. This creates a lightness. The high guitar notes on 'Real life (Angel)' together with the seemingly carelessly mixed cymbals makes this song light-hearted, optimistic. And those are two terms that I've never associated with Elbow before. The same goes for the nearly bare 'Honey sun'.

The more I listen to The take off ... the more I realise how good this album is. I had put listening off for a while, to be honest. I just wasn't up to another 'Build a rocker boys!'. I could not put it off forever, so last week I started anyway. It took two listening sessions for me to be convinced this album really was something different. Now I know The take off ... rotates regularly on my iPod. The title song has these joyful piano notes, intricate vocal melodies that intertwine. It may well be that 'Leaders of the world' may finally have its competition for best Elbow song. Time will tell.

There is something special about Elbow. They started playing together in 1990, since 1997 under the name Elbow, and grew into fame slowly. Every album brought the band a bit further, until they scored a number 1 album in several countries with The take off and landing of everything. A band who's members are on a mission, together and that is worth something -and rare- in 2014.