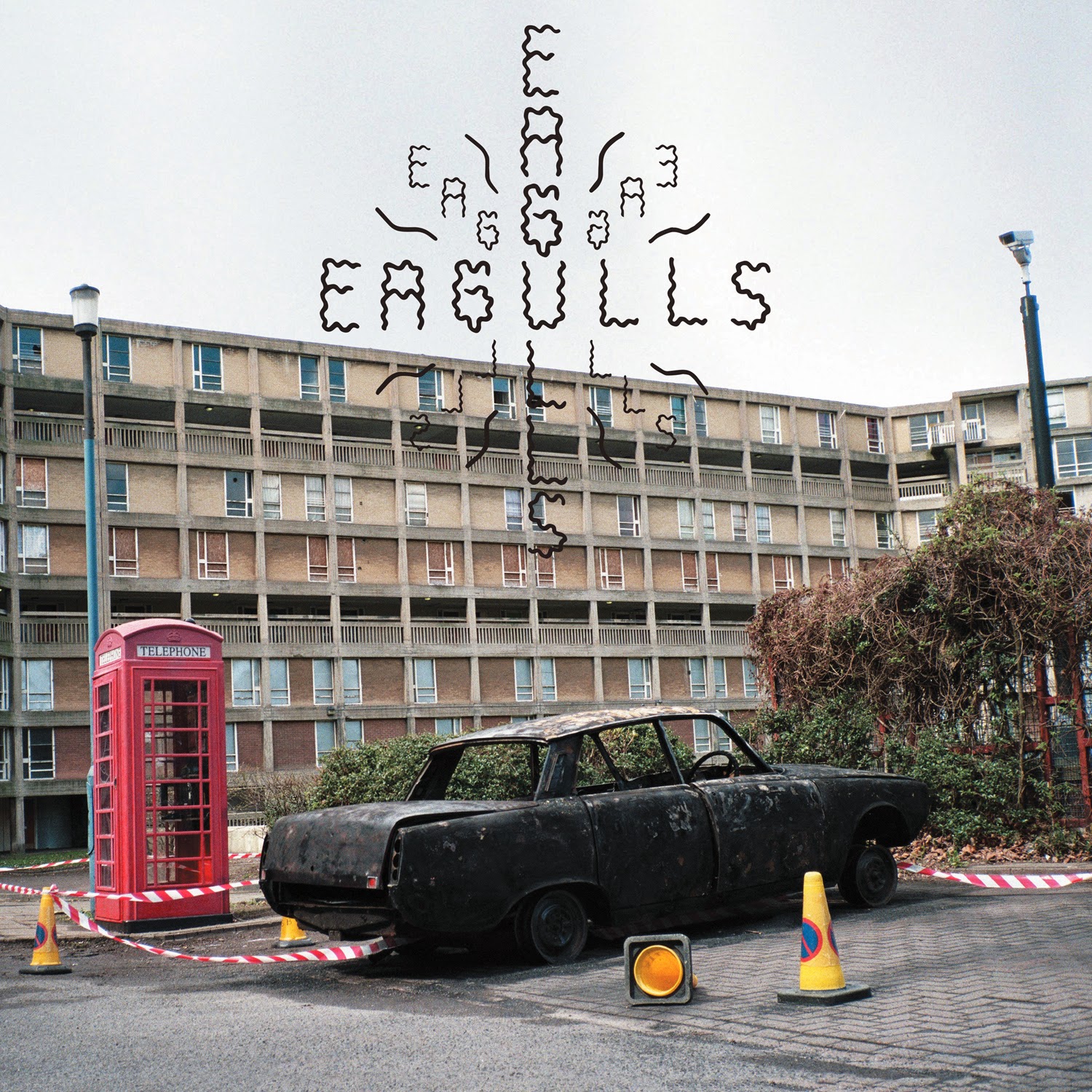 And now for a nice portion of noise. I'm not planning to spend a lot of words on the debut album by this band from Leeds in the UK. Because it's not necessary. Mark Goldsworthy (guitar), Henry Ruddel (drums), Liam Matthews (guitar), Tom Kelly (bass), and George Mitchell (vocals) together lay down a great rock foundation, that we can call post-punk, as in 1979 or just rock. Mitchell's singing has that sneer in it that goes with the doom period, mixed straight down the middle midst of everything going on around him. Eagulls more or less copies the sound of the days when the heavens were about to fall down on us and when I started to lose my interest in new bands. All were just so glum, with no ray of light left anywhere or went into the synthesizer pop realm, enough for me to lose interest nearly totally. It wasn't until Nirvana that I was revived musically.

Eagulls may sound like the Echo & the Bunnymens of this world, there is a main difference. Eagulls have taken something else into account also: a song takes a melody to succeed. This is exactly what the band delivers on Eagulls. Great guitar riffs and melodies over fiercely pounding drums, bass and rhythm guitar. The lead guitar and the voice both know what an interesting melody sounds like and deliver. Something a lot of post punk late 70s, early 80s bands forgot all about.

In this vain Eagulls pounds away for 10 songs straight. The quality is nearly one straight line from 1 to 10. I think this about says it all. Fans of punk, rock, The Jam, Oasis with an extra pepper added and even The Velvet Underground, all ought to know enough by now. Eagulls produced a great and fun debut album.